Situation at Piton de la Fournaise in Nishinoshima and Cotopaxi

Nicolas Villeneuve, director of the Volcano Observatory of Piton de la Fournaise (OVPF) flew over the volcano at dawn this Tuesday, September 8, 2015, equipped with a thermal camera

After 15 days of eruption, the activity is not slowing at Piton de la Fournaise. The flow remains stable but low, at 5m³ per second; the seismicity is stable too.

An overview of the site by OVPF allowed accurate measurements with the thermal camera at the cone and its lava lake, at the lava flow, and the location of lava tunnels. The interpretation of these measurements will enable the software to quantify the gaseous CO2 and SO2, as well as the density of the lava flow.

The eruption continues at Nishinoshima / Ogasawara Islands. Images taken by Landsat 8 on september 5th describe the current lava flows.
Other images are expected in September 9. 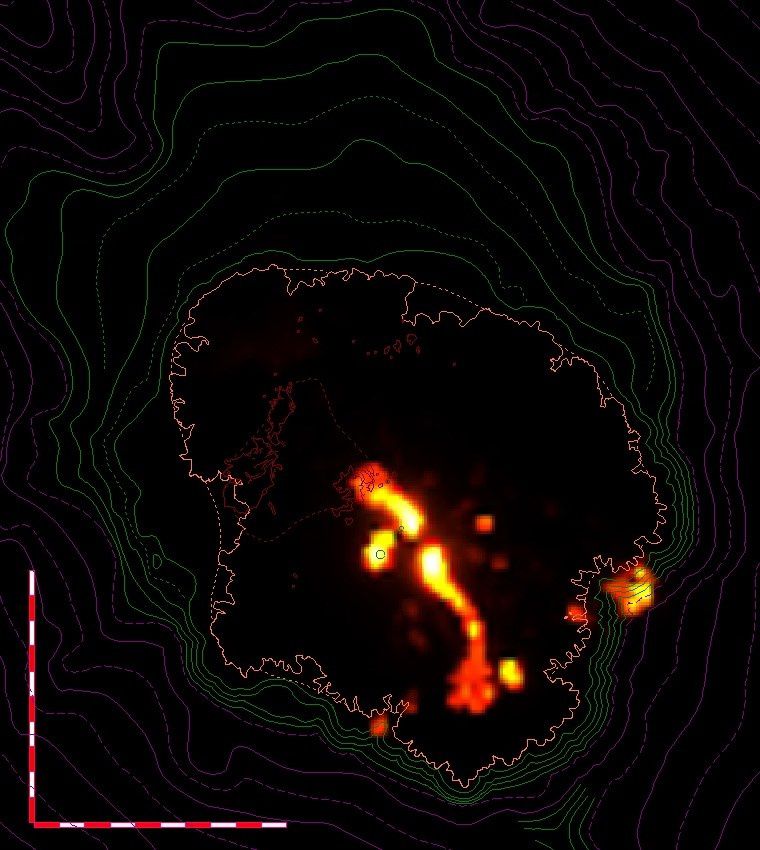 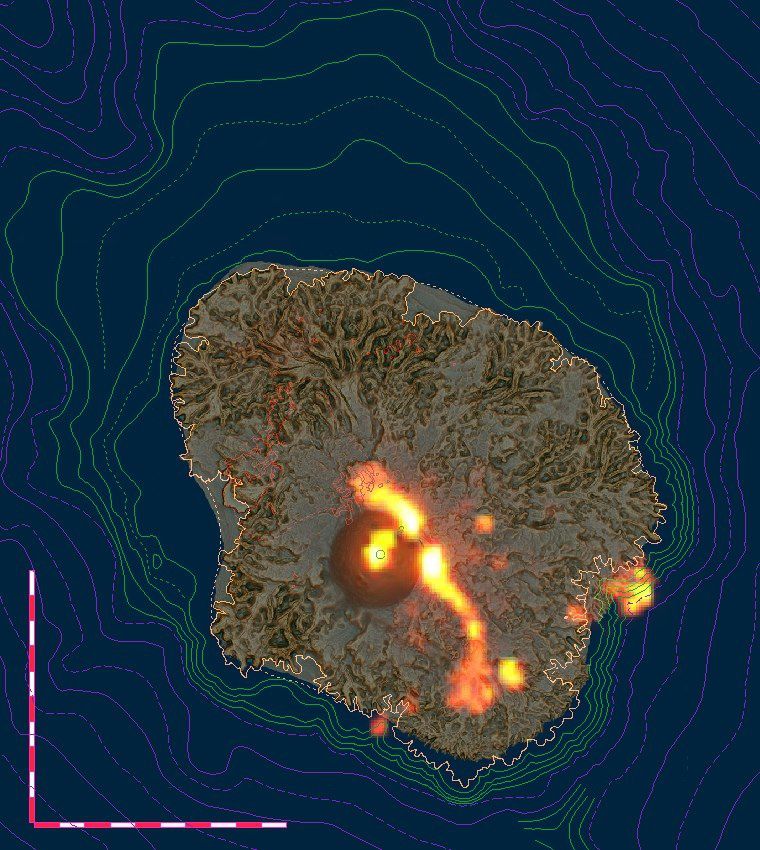 In Cotopaxi, the situation remains seemingly identical from the Ecuadorian officials : " alert level remains at yellow; the volcano keeps a qualified high internal activity, and classified as moderate the surface activity. "

The signs for evacuation routes is being actively pursued, and many meetings and evacuation exercises are organized in schools as well as the populations living in villages under threat ... hard to define, from our level, the part of a gradual implementation of preventive measures and that of a gradual rise in tension for a next statement of the alert level. 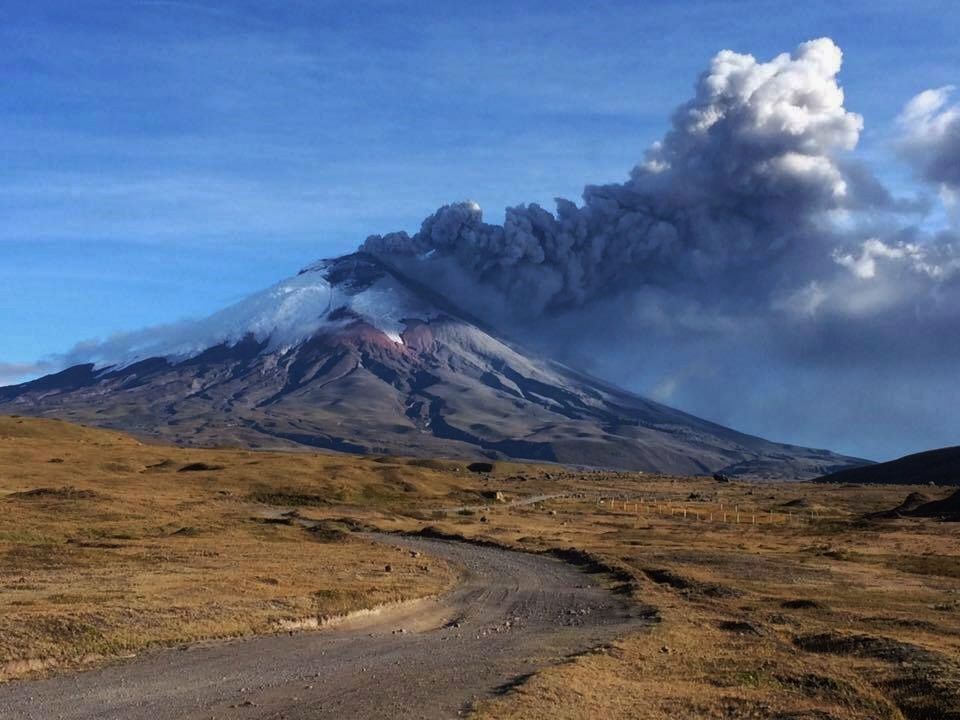 Activité du Sangay, du Turrialba, du Ticsani et à Meradalur.
Situation au Piton de La Fournaise, à Nishinoshima et au Cotopaxi
Nouvelles de l'Ubinas, du Cotopaxi et du Piton de La Fournaise .
Commenter cet article
A
Ana Jacome
09/09/2015 15:24
A rather scaty moment for those of us who live in the risk zones of the Cotopaxi Volcano as we realize the lack of prevention and the improvised management of a huge risk for the entire country. The signs being painted on the streets respond to a civil society's request for signs towards secure sites in case of lahars, but there is no early alarm system, not even an emergency communications system. Those signs don't glow in the dark and we fear they could be covered by ash. We remember Armero and the Nevado del Ruiz eruption in Colombia in 1985. And we are shocked to see that there are no intentions of installing an automatic early alarm system for lahars. No mitigation efforts whatsoever as if losing over 36,000,000,000 dollars in infrastructure is a better idea than trying to protect it with sediment retention Structures, SABO dams and so on. Tourism in the area has already died, obviously as there are no safety warrants. We keep reading how everything is great and we are ready but it is a different thing to live right here as we see how the authorities organize workshops given by people who don't even understand what a lahar is, and no serious actions are being taken. While our Constitution guarantees a democratization of risk management, the state of exception has silenced the people. I dont feel safe. There are thousands living in the risk zones, north and south of the volcano. We began demanding preventive actions in june. We were called insane, exaggerated, political opposition, and so on. Eruption began august 14th, and obviously panic took over. Silence is not the reccommended tool to deal with panic. Instead, we need much more information and serious plans of mitigation.
Répondre