The observatory in Manizales reports a tremor episode associated with issuance of ash from 3:21 local time at Nevado del Ruiz / Colombia. Ash falls are possible near Chinchina, Manizales and Villamaria. On the first images of webcams can be observed from 5:40, a white plume of gas and sream rising to 400 meters above the summit.

At Piton de la Fournaise, on La Reunion Island, the eruption, which began on August 24, continues: two cinder cones, built on the eruptive fissure to the east of Rivals crater, continue to expand ... they contain turbulent lava lakes with fountains and projections.

The lava flow, masked briefly by a passage under the tunnel, stretches about 1,500 meters and  added thickness to the original lava field. A gas plume is rising to an altitude of about 3,000 meters. The level of tremor remains high. OVPF's devices showed continuity in the activity with some fluctuations in intensity during the day. The average level of seismic intensity (MRS on Rivals station) remained relatively high since August 28. 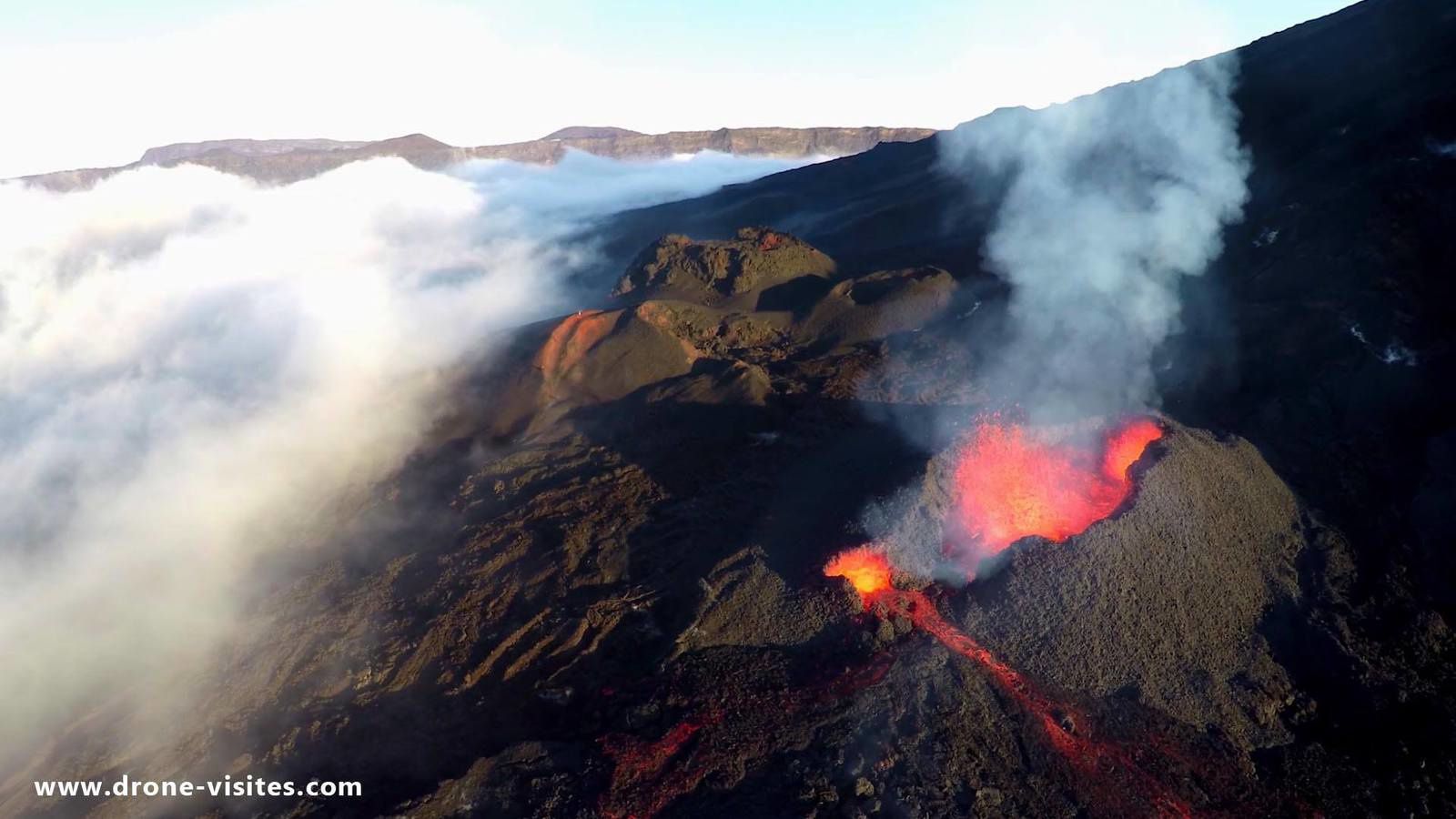 In Indonesia, several volcanoes are erupting.

The Karangetang has a strombolian activity.

The Sinabung continues at their own pace the pyroclastic flows,

Lokon  took advantage of my absence this weekend to erupt Saturday around 11:50 p.m. local. The ash emissions have forced the closure of the international airport of Manado / Sulawesi north to Sunday 13 h. (Jakarta Globe & Antara news) 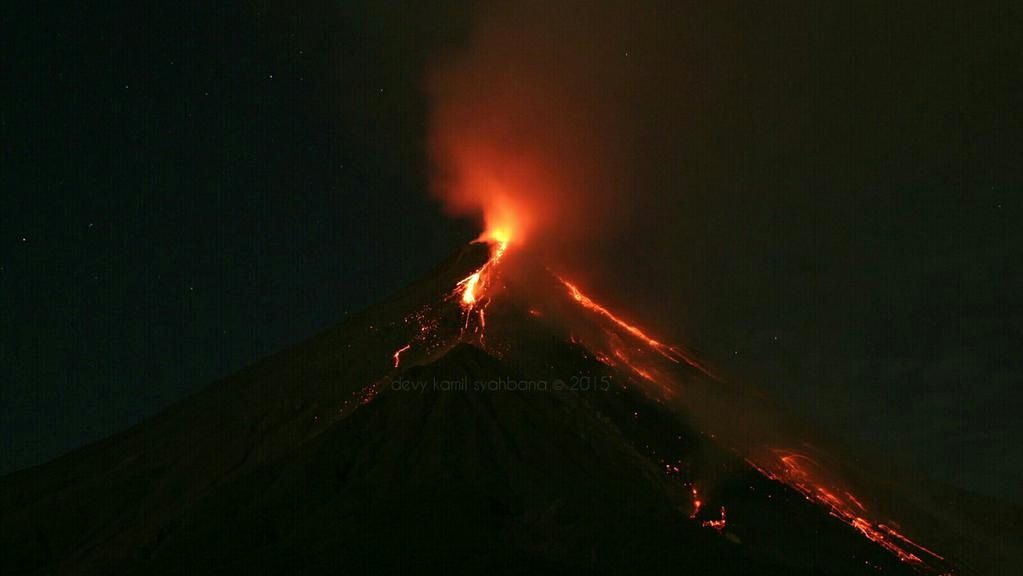