Eruption at Momotombo and climax to the Voragine. The activity of the Voragine crater of Etna has intensified and become almost continuous, in recent weeks.

The strombolian activity from December 2, stationed inside the Voragine crater, consisted of explosions of varying intensity and frequency, with emissions of some bombs thrown over the edge of the crater and ash small quantity. 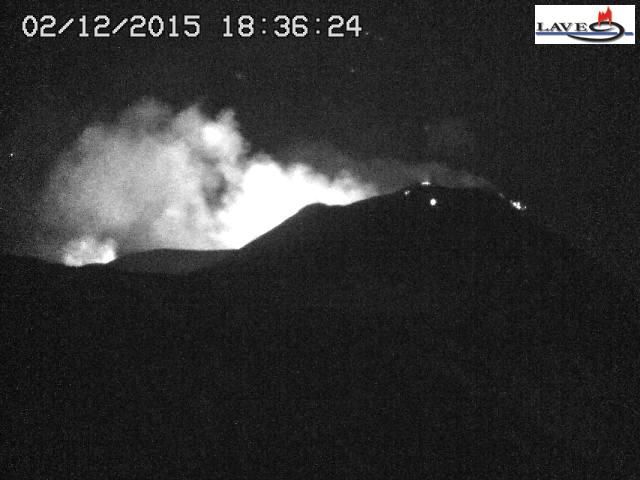 On the morning of December 3, the Voragine was marked by the first paroxysm of 2015. The very violent eruption is accompanied by a plume of ash reaching several kilometers and crossed  by lightning. In Nicaragua, the Momotombo volcano began erupting on Monday;for  its first time since 1905, after sending plumes of steam in recent weeks.

This strombolian eruption caused a major lava fountain, accompanied by a plume of black ash over the nearby lake Managua.

An avalanche of glowing debris down the slopes of the volcano. Six villages surrounding the Momotombo have suffered from ash falls, which required the closure of schools as a preventive measure. The Momotombo presented between 2003 and 2011 seismic swarms, leaving suggesting magma movements within the volcano. In 2007, the volcano hydrothermal system had begun to heat up, resulting in the decade to this eruption.

This eruption is in addition to that of the Fuego and Santiaguito in Guatemala, and that of Nicaragua Telica., All affected by the subduction of the Coco plate under the Caribbean plate. 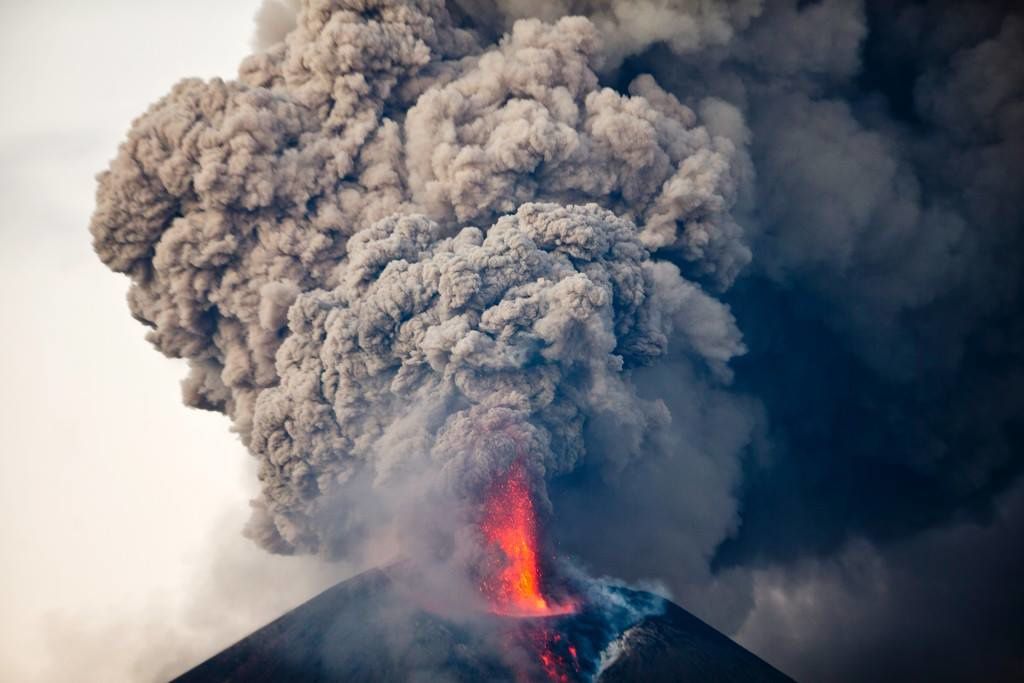