January 3 at 4:22 local, a loud explosion covered the upper flanks of the volcano with glowing fragments; these high temperature fallout set fire to the vegetation partially covering the upper flanks (distinct light spots visible on the last two pictures).

In the absence of a report from SINAPRED and INETER, we can rely only on the webcam pictures and comments in the local press. 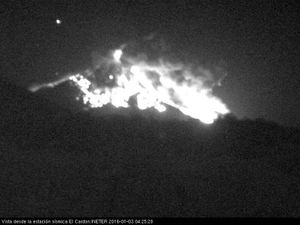 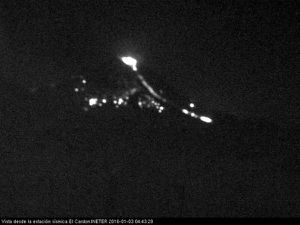 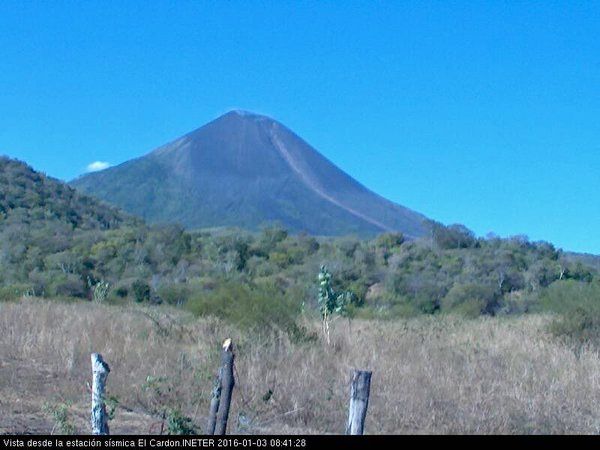 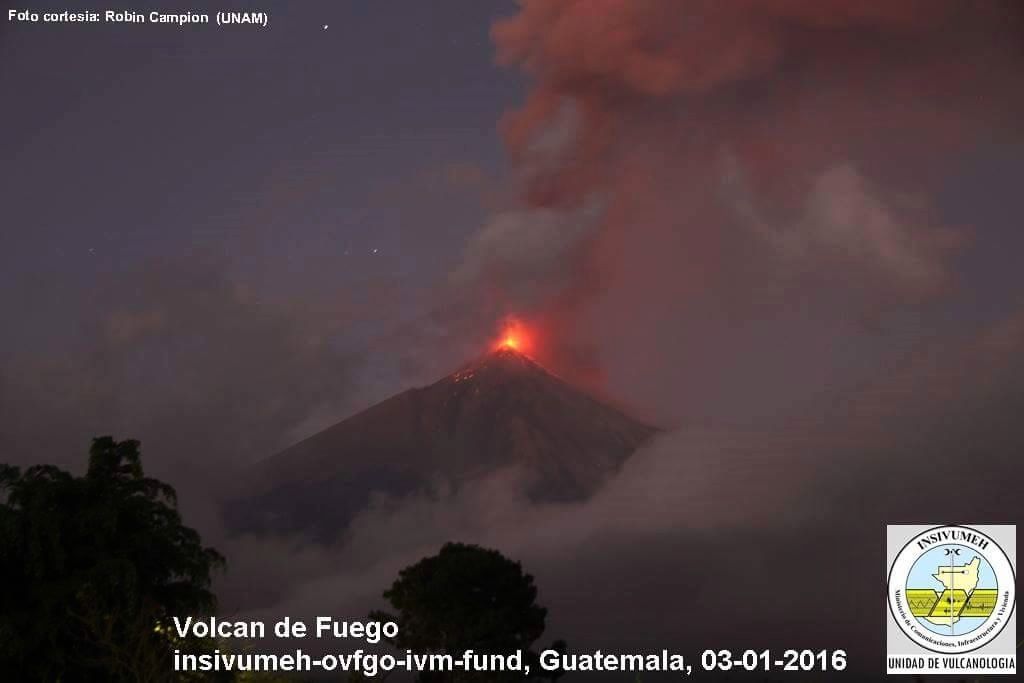 The Fuego, in Guatemala, which maintained an important activity in recent days, has entered a new phase effusive this January 3 from 5am local, according Insivumeh.

Moderate to heavy explosions are accompanied by ash plumes amount between 4,800 and 7,300 meters asl, before spreading to the west and south-west, 14 km. Ash fallout are reported up to 12 km from the volcano, to Panimaché, Morelia, Santa Sofia, La Rochela and Osuna.

Lava flows mark the east and south sides towards Las Lajas and Trinidad ravines; this activity is likely to increase in the coming hours, with risk of pyroclastic flows. In Bromo, on Java island, ash emissions continued. They cover nearby agricultural areas and homes forcing residents to clear roofs and around houses.

Øystein Lund Andersen information about the occurrence of lahars in the Tengger caldera, in his beautiful photo report (link below). The ashes of Bromo cover the landscape and trees have fallen ... only datura flowers appear to escape - photo Øystein Lund Andersen 01/03/2016