The oldest representation of an eruption in the Chauvet cave ?

Until now it was thought that the oldest human testimony concerning a volcanic eruption was the mural of Çatalhöyük, referring to the eruption of Hasan Dag in central Turkey and dated of 8.97 ± 0.64  ka. Among the paintings found in the cave of Chauvet-Pont d'Arc, in Ardèche discovery in December 1994, and considered as one of the first artistic manifestations of prehistoric art - between 37,000 and 34,000 years ago -, there is a bestiary of dangerous animals, lions, rhinoceros, mammoth, other more common animals, horses, bison, Megaloceros (a giant deer),  some human figures ... and some abstract signs, engraved or painted, hitherto unexplained. A new dating of Strombolian volcanoes of the Lower Vivarais, based on samples taken to the Suc de Bauzon, the Aizac Cup and the  Ray-Pic maar , by the 40Ar / 39Ar method,  isotopes of argon , traces their activities around 36,000 years, a period compatible with the first occupation of the cave to the Aurignacian.

Some drawings in wreath, made of curved lines in two different directions, were found in the galleries so-called of the Megaloceros or the Belvedere, and near the entrance to the room Brunel (see map above).

They are sandwiched between other drawings with charcoal, which allowed them dating with carbon 14. Paleoclimatologists and volcanologists were able to cross their information and connect the drawings spray to the lava fountains of Vivarais, 35 km northwest and visible from the hills overlooking the Chauvet cave. 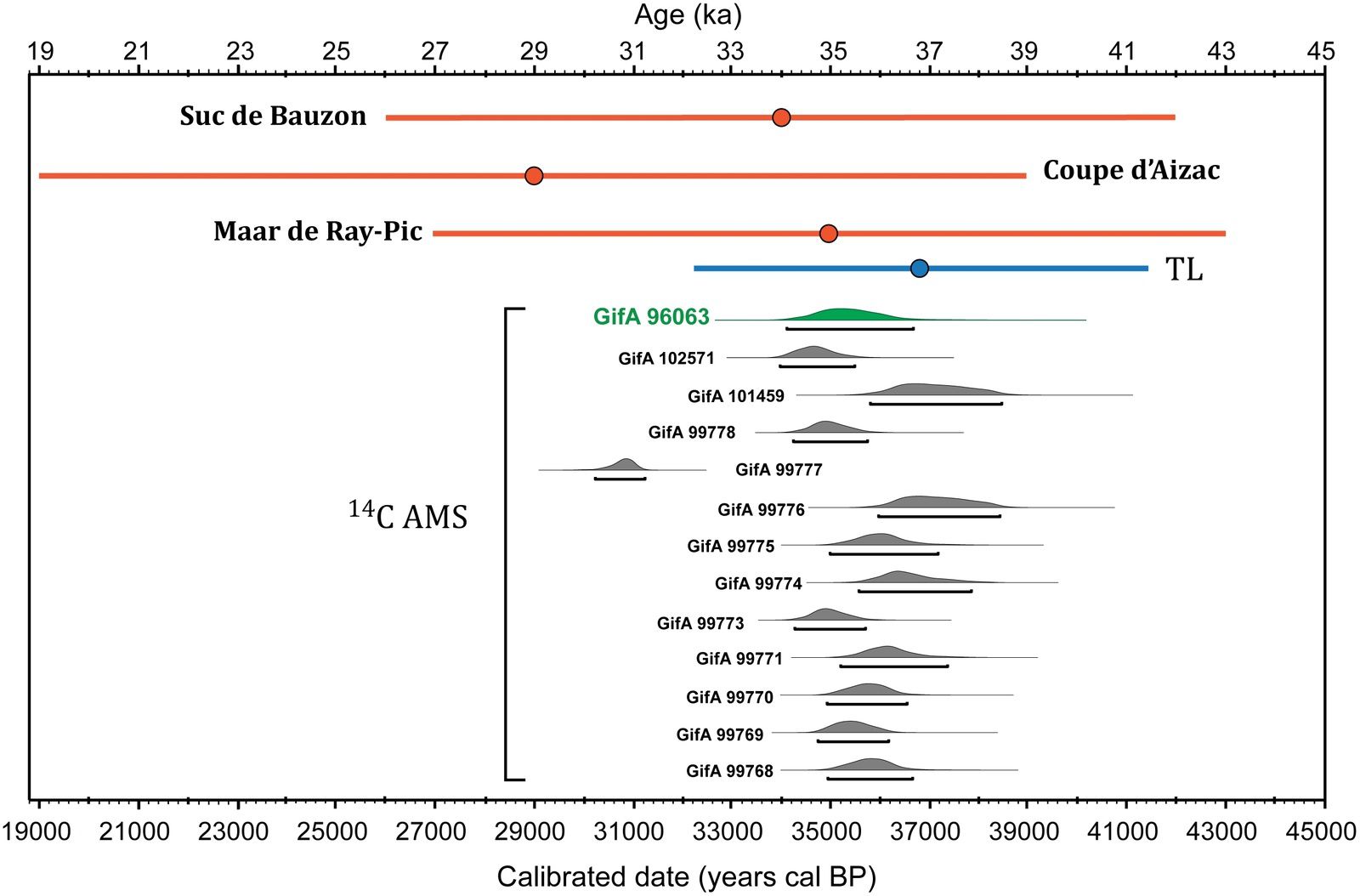 Volcanic centers 40Ar/39Ar ages and spray-shape sign TL and 14C AMS dates. In red: 40Ar/39Ar ages of the three volcanic centers studied; blue: TL age on reddened limestone in the Megaloceros Gallery [26]; 14C AMS dates correspond to the first occupation of the Megaloceros Gallery in the Chauvet-Pont d’Arc cave [5]. The 14C AMS in green corresponds to the date obtained for the sample taken from the rump of the Megaloceros [8]. Uncertainties are reported at the 2σ level excluding TL age where uncertainty is an estimated standard deviation [26]. doi:10.1371/journal.pone.0146621.g004

There are no other representations of natural landscape in prehistoric art, and the strength of the image of the eruption left on the artists of the Aurignacian could have inspired these designs in  wreath.

The cave of Chauvet-Pont d'Arc is a cave of art exceptions in terms of technique, themes, composition and visual innovations for the relevant time period. It would not be surprising to find the first representation of a volcanic eruption in human history. The volcanic field of Bas-Vivarais, in the southeastern end of the French Massif Central, consists of 17 eruptive centers scattered over 500km²; its volcanism is characterized by phreatomagmatic eruptions, maar type, preceded or followed by a strombolian activity, associated with the emission of lava flows that filled the pre-existing valleys. 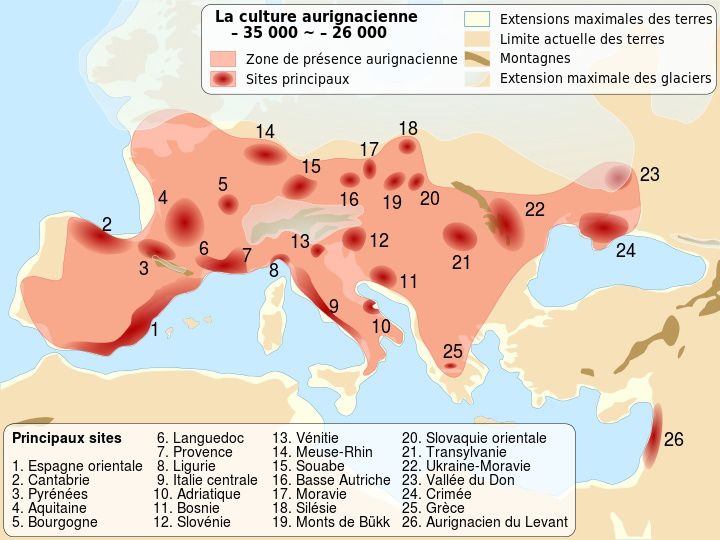 "Searches on the extinct volcanoes of Vivarais and Velay, with a speech on the burning volcanoes, analytical memoirs on schorls, zeolite, Basalt, the Pouzzolane, lavas and the different substances that are committed to, etc. . " - First edition of one of the first books on volcanology, establishing for the first time the original eruptive basalts. This work is considered important in the work of Faujas de Saint-Fond (1741-1819) who is among the founders of geology and science of volcanoes.