Chiricahua mountains and his hoodoos of rhyolite. 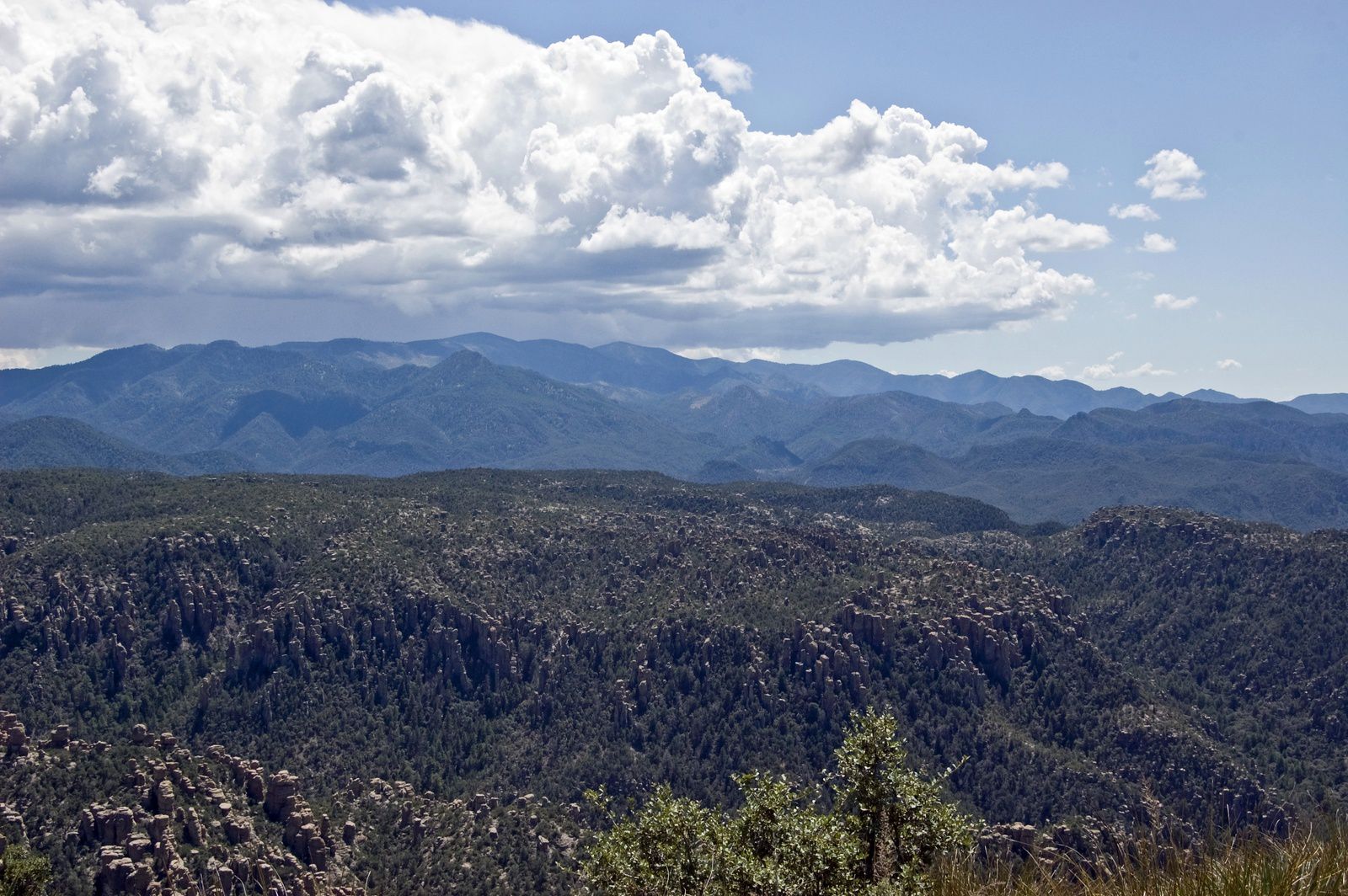 The Chiricahua mountains, with hoodoos in the foreground and the Turkey Creek caldera in the background - photo Ken Bosma

Called the " Land of the standing-up rocks "  by the Chiricahua Apaches and later "A wonderland of rocks" by the pioneers, the northwestern part of the Chiricahua mountains exposes towering rock spiers, massive stone columns and rocks of several hundred tons balanced on small pedestals. To understand these formations, we need the help of paleo-geologists and redo the eruptive history of the region.

Before the eruption of the Turkey Creek caldera, there are 28 Ma, the northern Chiricahua mountains consist in raised masses of sedimentary rocks of Paleozoic and Mesozoic (gray and dark green on the cut / A), surrounded and covered by lavas and ashes from several active volcanic fields. These volcanoes have produced andesite, dacite and rhyolite of the Faraway Ranch formation (light green on the cut) and similar rocks north of the Chiricahua Nat. Monument area (in orange).

There are 27 Ma, a rhyolitic magma large body has accumulated in the area and raised the southern part. A massive explosive eruption, there are 26.9 Ma, pulverized the magma in pumice and ash, which covered much of southern Arizona and New Mexico, and filled Monument Valley.

Three major eruptions are involved, called lower, middle and upper members of the Canyon Rhyolite Tuff (in blue on the cup / B).
The pulverized mass of more than 500 cubic kilometers has created a circular depression / a caldera of 19 km in diameter. Following the eruption of Rhyolite Canyon tuff, a dacitic magma (in red on the cut / C) raised the center of the caldera to form a circular valley. The dacitic magma also caused eruptions and lava flows formed.

At the end of this phase of rhyolitic magma caused other eruptions, characterized by ash, pumice and viscous lava flows (yellow on the cut / C) that has accumulated in the moat of the caldera.

Erosion by wind, water and ice has greatly shaped the landscape of Chiricahua over the past 26 Ma; the Turkey Creek caldera has been to such an extent that it no longer resembles to a volcano. The wall of the caldera has been cleared by the Pinery Canyon. Different areas that were in time valleys or basins have become mountains, following a "topography inversion"; older sedimentary rocks were eroded much faster than the rhyolite, harder.
There are the fairy chimneys, called Hoodoos in America, considered by Native Americans, like the petrified remains of ancient beings having done wrong. 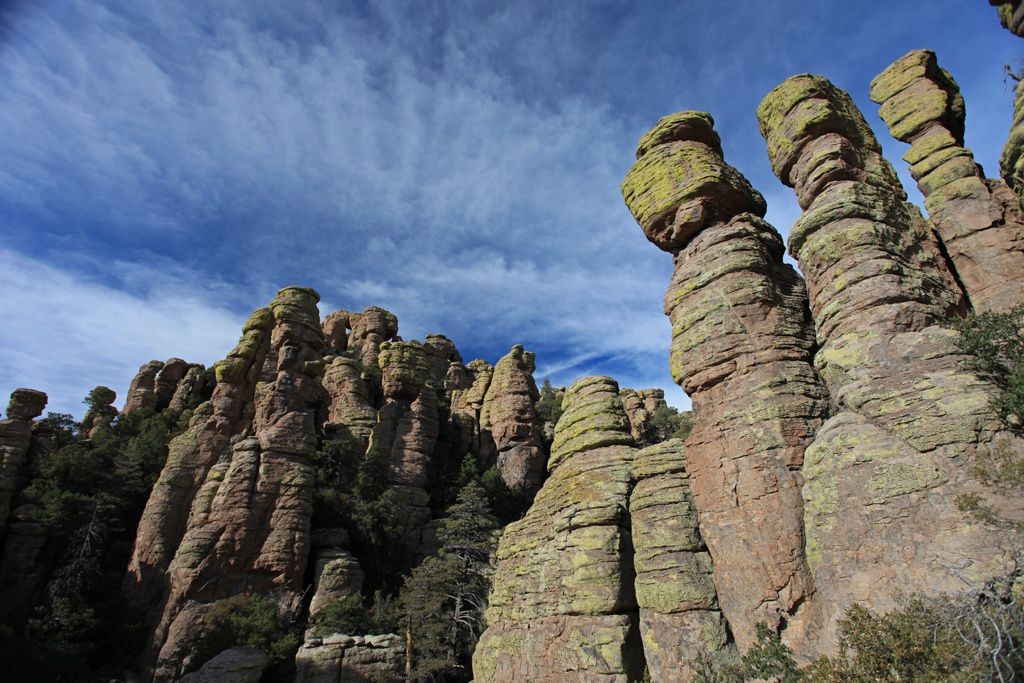 The unique geology, geography and diverse ecology of the Chiricahua National Monument played a role in his incredible animal diversity. For the record, in the years 1860-1870, the Chiricahua mountains have served as refuges for Chiricahua Apaches, led by celebrity leaders Cochise and Geronimo, who conducted the last major attack against the white invaders, before forced removal in 1886. 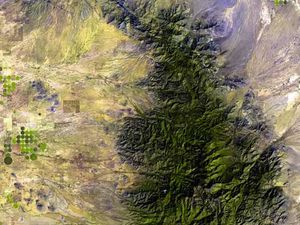 The Chiricahua mountains / doc.terraprints.com. Licensed under CC BY 2.5 via Commons - and the Chiricahua Nat map. Monument / NPS - a click to enlarge.