Fuego and Santiaguito, by a foggy weather due to heavy rainfall, which may cause lahars - Photo INSIVUMEH

In Guatemala, the constant activity of Fuego and Santiaguito volcanoes in recent months have allowed the accumulation of ash and other volcanic materials in the ravines and surrounding areas.

Heavy rains leave these areas fear the possibility of formation of lahars more or less strong, and can be "hot". Overview of the Turrialba, carried out by a drone on 03/31/2016 / Ovsicori by Cyrill Muller and Ana Lucia Garita.

In Costa Rica, Ovsicori signals a seismic swarm 24 and 25 March in a region classified as weak by seismologists, located between the Turrialba and Irazu volcanoes. These earthquakes are caused by the internal activity of Turrialba, especially the movement of materials in a context of local faults. Seismic swarm of 23 and 24 April 2016 between the Turrialba and Irazu - Doc. Ovsicori

In New Zealand, a routine check carried out on White Island / Whakaari by scientists from GNS, with the volcanologist Brad Scott, showed the level of  the crater lake decline of 2 meters, bringing it in 2014 level. This decrease has revealed several islands and / or contours of craters;

SO2 emissions remain in the standards for White Island, and the level of tremor varies, but remains lower than in 2012, where small eruptions occurred. The alert level remains at 1 / minor volcanic instability.

Update by Dino of White Island

An eruption occurred at White Island (Whaakari) sometime between 9:30 – 11:00 pm yesterday (Wednesday, 27 April 2016).
As a consequence of this activity the Volcanic Alert Level is now raised to Level 3 (Minor Volcanic Eruption) and the Aviation Colour Code to Orange.

No eruptive activity has been seen since about 11:00 pm yesterday. The eruption that occurred Wednesday 27 April was accompanied by a moderately elevated seismic activity. The seismic activity is now back to normal.
The eruption appears to have deposited material over north side of the crater floor and up onto north crater wall. There is not yet a clear view of crater area visible from cameras. GNS Science volcanologists are monitoring the volcano and further information will be released as soon as it is available. 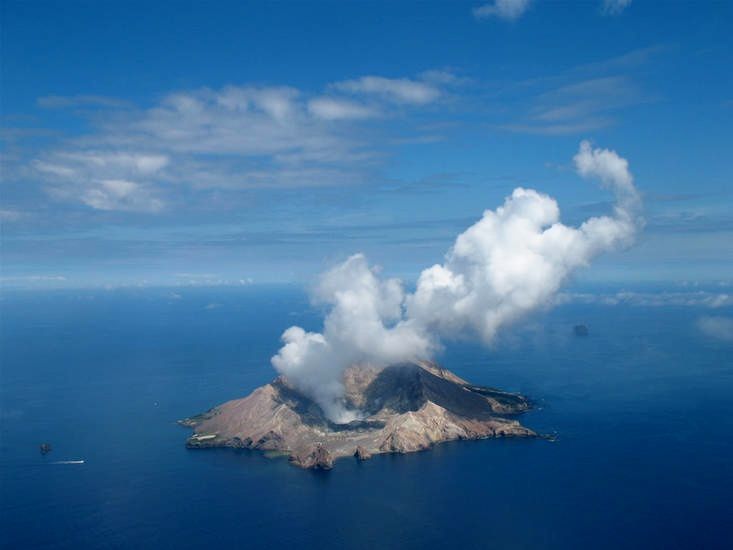 A film of the activity of Nyiragongo had done 19 April 23 by Francesco Pandolfo, Erba Gabriele, Giovanni Griuffrida Dario Tedesco and Sebastien Valade / with the assistance of G.V.O, MONUSCO and the Virunga N.P.

A film of the activity of Nyiragongo had done 19 April 23 by Francesco Pandolfo, Erba Gabriele, Giovanni Griuffrida Dario Tedesco and Sebastien Valade / with the assistance of G.V.O, MONUSCO and the Virunga N.P.