Popocatépetl - 02/04/2016 - destruction of the dome and aspect of the internal crater - Doc. CENAPRED

An overview of Popocatepetl this April 2 showed the destruction of the lava dome formed in January, and of an approximate volume of 2 million m³, by the recent activity.

The current internal crater measuring 325 meters in diameter to a depth of about 50 meters. Small landslides mark the wall of the internal crater, and clutter the bottom of the latter. Fumaroles are found in areas north, south and east. The Santiaguito, in Guatemala, was the site of a powerful explosion, and secondary explosions, on April 2 from 9:48. The event was accompanied by pyroclastic flows on the east and south-east flanks, and a plume of gray ash up to 4,000 meters asl. before moving on a broad east sector, and ash fallout on Nuevo Palmar, Quetzaltenango, San Felipe Retalhuleu, San Marcos Palajunoj and Loma Linda.

Ashes are reported on Mérida airport to over 100 km in Mexican territory. In Nicaragua, the micro-seismicity of Telica is high; degassing during the day is replaced by a glow at the crater in the evening. On April 2, at 0:49 local, gas explosions are reported by the RSNN.

It is recommended not to approach the crater.

The level of the current  lava lake in the crater Santiago of Masaya rebounded, and Ineter reported a slight increase in the emission of volcanic gases, without danger to the public. 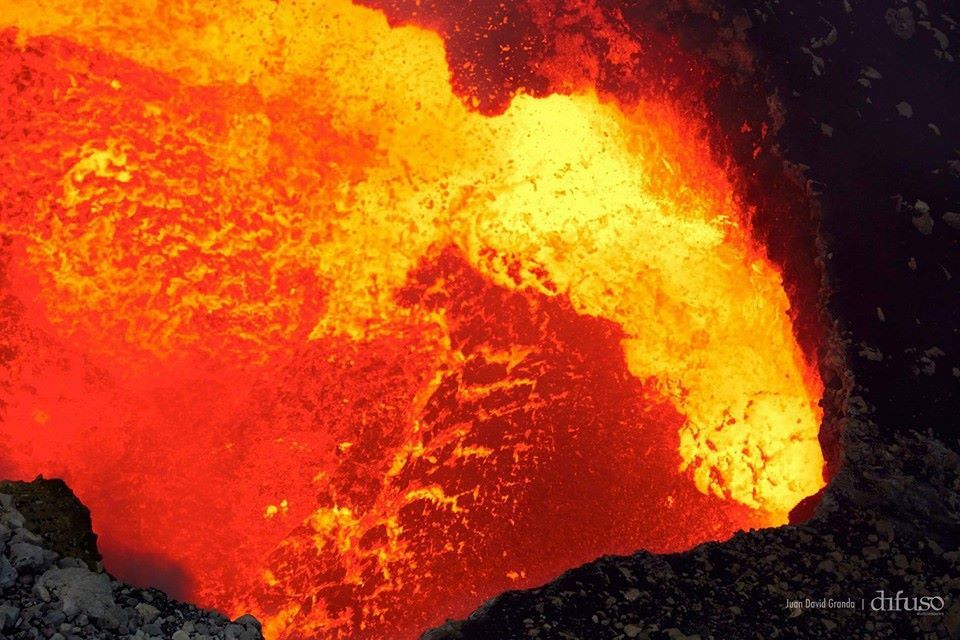 The Sakurajima, in  Japan, presented on April 2 at 3:11 local a beautiful explosive activity accompanied by emission of ash and lightning.