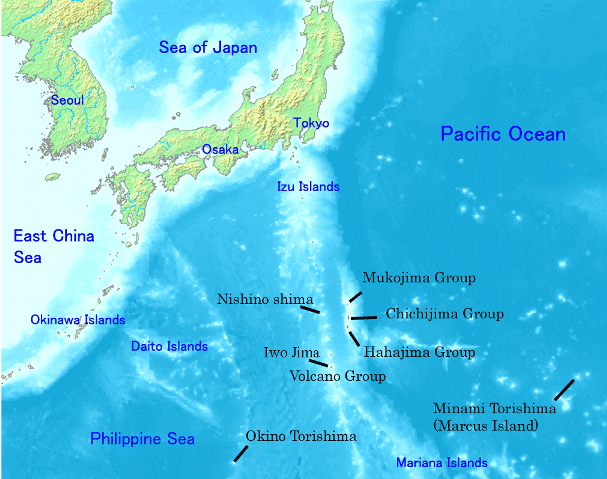 Nishinoshima situation map with Japan and the Ogasawara Islands

The former island volcano Nishinoshima in the Ogasawara islands, has seen its surface covered with lava flows from November 2013, when a submarine cone has erupted to the surface. The volcanic activity that followed has merged the old and new structures, and the primordial island was greatly enlarged.

Plants that have escaped the eruption, and birds that populated the island, found themselves confined to a one hectare area, untouched by the lava 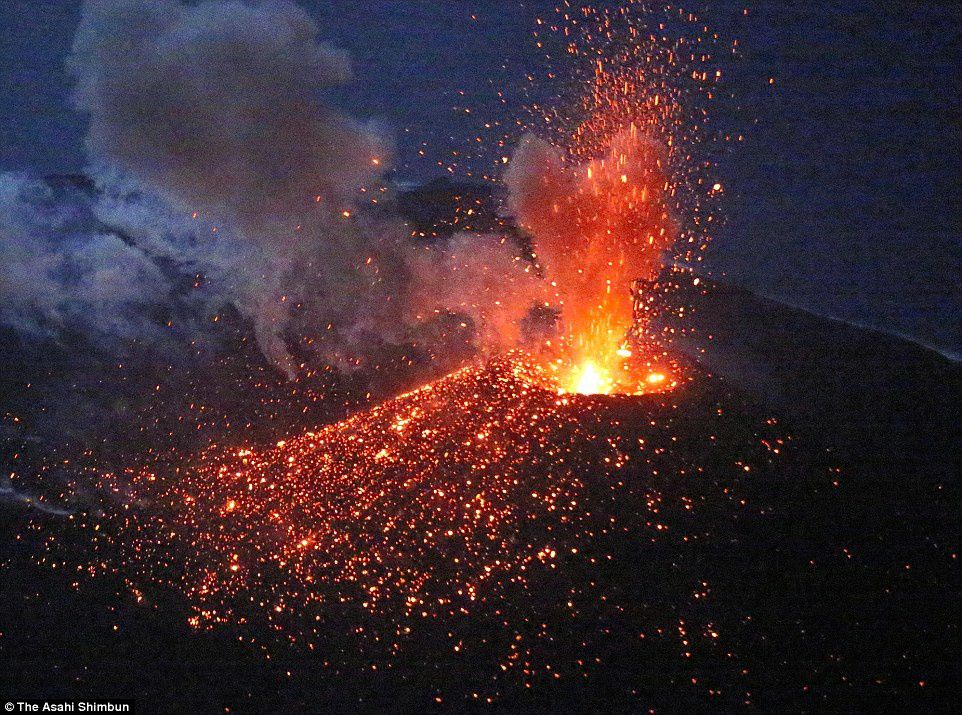 Strombolian activity in the cone of Nishinoshima 03.04.2015 - photo Asahi Shimbun 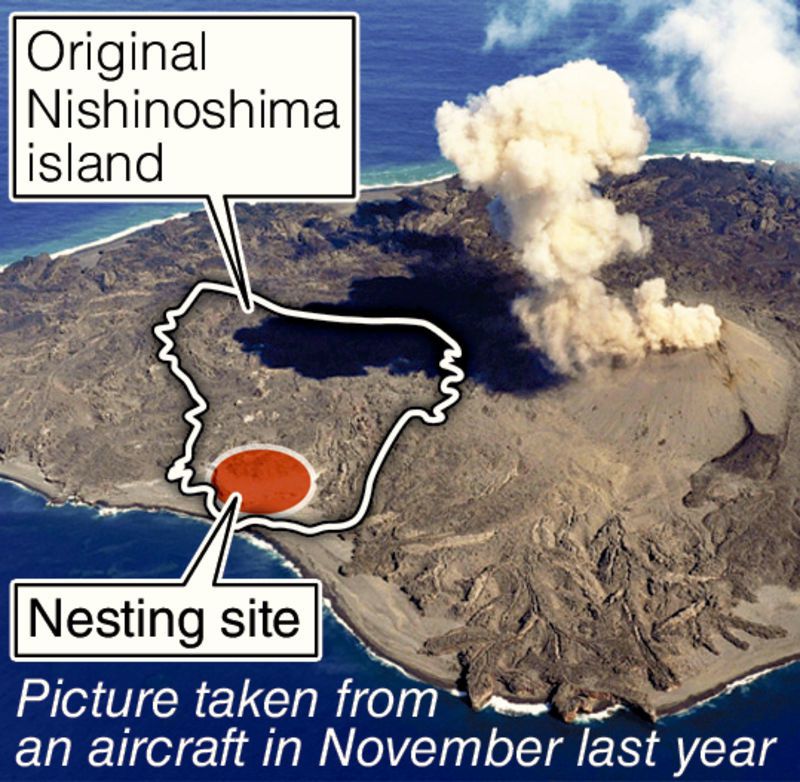 The nesting site on Nishinoshima in November 2015 - Doc. Yomiuri Shimbun

Biologists are monitoring the new island to observe the process of animal and plant colonization two and a half years after the start of the eruption.

Naoki Kachi, professor and leader of Ogasawara Research Committee of the Tokyo Metropolitan University, think that after the cessation of volcanic activity, plants will arrive, carried by ocean currents or attached to the birds' feet using Nishinoshima location as a rest post, initially.

Their excreta and their fallen feathers, bits of regurgitated food, and rotting corpses, will contribute to the formation of a proto-rich soil with nutrients and provide fertile ground for these first contributions. On May 31, 2016, brown boobies (Sula leucogaster) were spotted nesting and brooding their eggs on the island ... it will be interesting to see how and how fast the animal life so that plant will colonize the new land .

Nishinoshima will follow the lead of the island of Surtsey emerged from the sea in 1963, at 30 km from the Icelandic coast. Since 1964, scientists have observed the arrival of seeds carried by the currents, the occurrence of mold, fungi and bacteria. In 1965, the first vascular plant is listed (Unesco Site). The first nesting birds are Black guillemots and northern fulmars, from 1970.

However, life could return more slowly on Nishinoshima, given its distance from Japan and the neighboring islands of Ogasawara archipelago, which will limit the invasions.
This "blank" area must be treated with the utmost respect, to limit unnatural external inputs. The installation of a "clean room" is scheduled for the first observers on the ground, geologists and volcanologists, then it was the turn of biologists.