Bárðarbunga: the formation of a caldera autopsied.

Large-scale subsidence of a caldera accompanies most major eruptions, when the roof of the magma reservoir beneath the volcano in the earth's crust collapses on itself. This type of large eruptions were noticed only six times since the beginning of the 20th century, before that of Bárðarbunga.

The eruptive activity and the gradual collapse of the caldera of Bárðarbunga are the first detailed observations, and the data collected have helped to better understand the mechanism of collapse of a caldera and its interaction with associated eruptions. The eruption of Holuhraun in 2014-2015 was the largest in Iceland since the Laki in 1783. The caldera Bárðarbunga, full of ice, collapsed during the eruption, when 1.9 cubic kilometers of magma has flowed laterally from a magma chamber at a depth of 12 km under the volcano.

A quarter of that volume, about 0.5 cubic kilometers, formed a long dyke of 48 km between 6 and 10 km in the upper crust. The other three-quarters, or 1.4 cubic kilometers, were issued during the eruption of lava and gas at Holuhraun between 31 August 2014 and 27 February 2015.

Subsidence trough formed in Bárðarbunga exceeding one meter is 110 km²,  and it is deep over 65 meters. 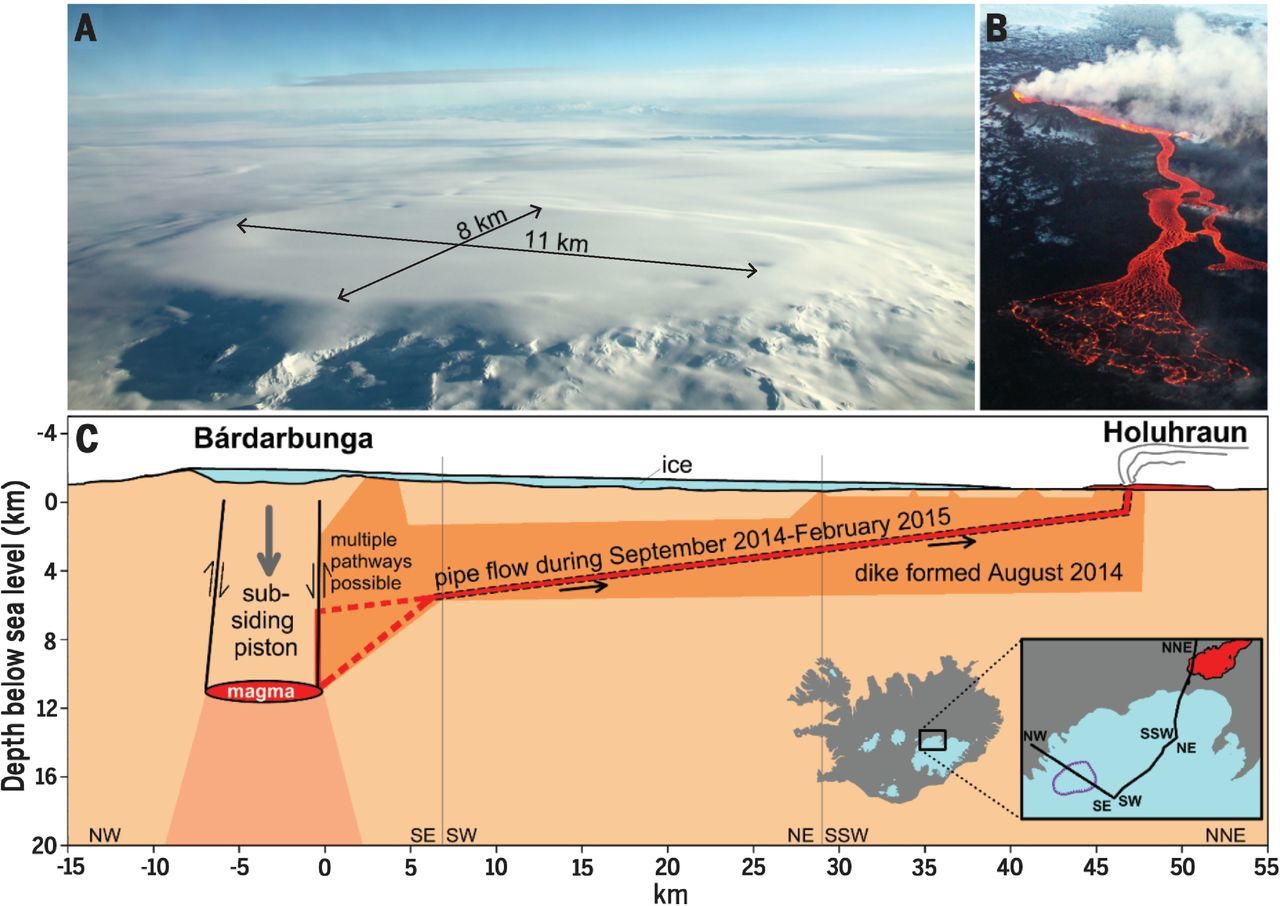 A group of scientists has used various techniques for measuring different aspects of this phenomenon throughout the six months of eruption : satellite measurements and aircraft mapped the subsidence of the caldera, rocky changes in ice have been maped by radio echo sounding, and 3D modeling has identified the response of the ice subsidence.

The study of seismic revealed the activity under the surface, and the depth of the magma chamber was determined by GPS measurements and geochemical analyzes of the lava and volcanic gas. Interferogram of the area Holuhraun between 13 and 08.29.2014 - Doc.COSMO-SkyMed interferogram descending wrapped - A Icel. - A Leeds / IMO 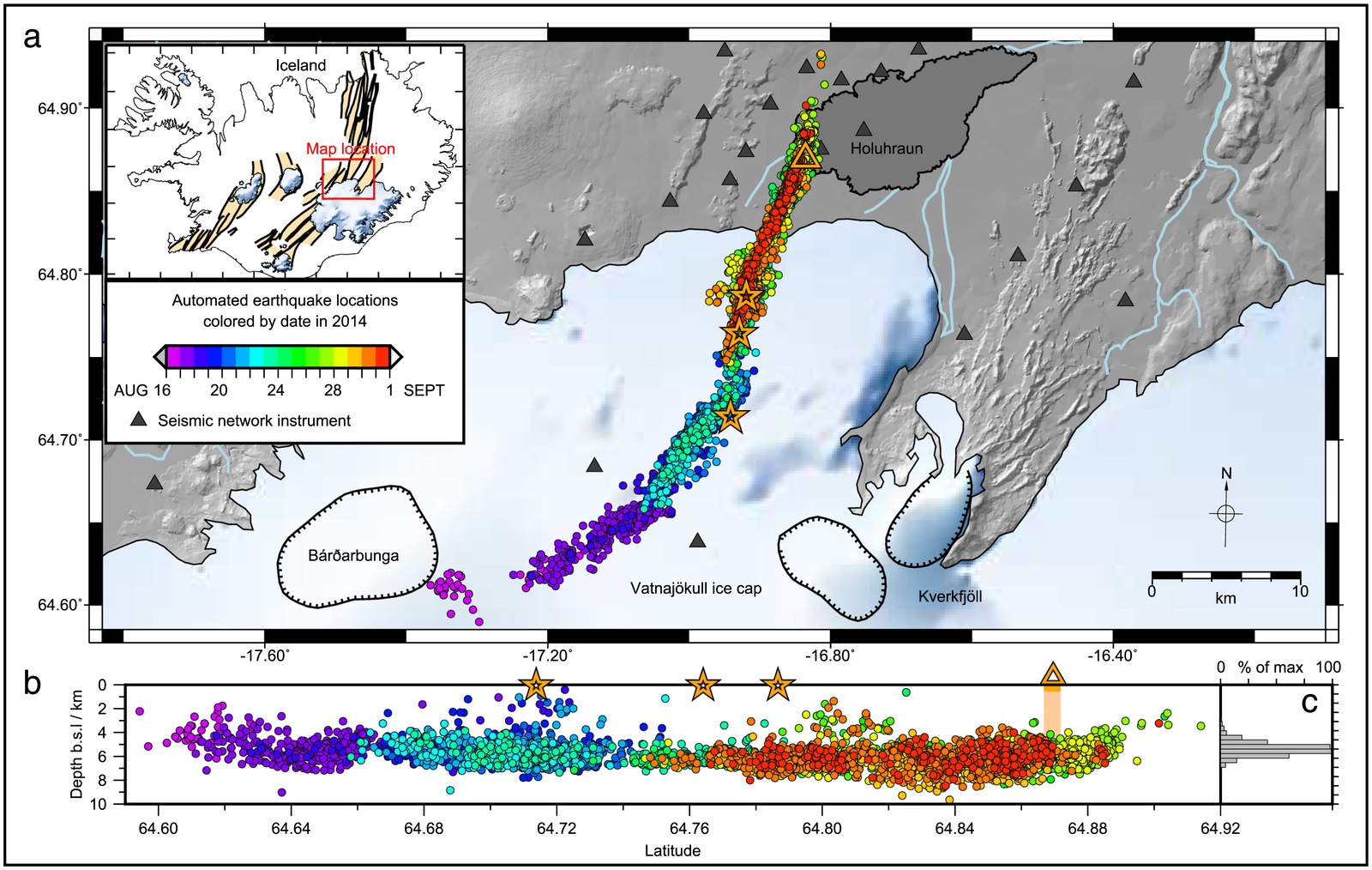 The output of magma from the reservoir caused the beginning of a major event of rifting, ultimately affecting about 50 km from the border of the plate in the center of Iceland, where an opening of about 2 meters occurred.

The lava effusion in Holuhraun was controlled by the pressure differences between the magma chamber and the eruption site. The eruption stopped when the flow has become too slow.

The collapse of the caldera occurred along a ring fault, deeper in the North outside, and that may have thorough internal south side.


The succession of episodes Bárðarbunga and Holuhraun show how the lateral flow of magma over tens of kilometers could be kept for months and controlled by the collapse of the caldera.