The considerable cloudiness let see by moment an emission of water vapor and gases. The explosion was accompanied by a plume rising 200 meters above the lake level, consisting of steam and rock fragments, without emission of magmatic products.

The effusive and explosive activity continues at Klyuchevskoy, with a plume rising above 6,000 meters asl, then extending south-east on 100 km. At Kilauea / Pu'u O'o, the 61g active lava flow continues its advance on the coastal plain towards the ocean.

In the afternoon of July 5, the lava front was at 1.7 km of Pacific waters.

The thermal images show a higher temperature near the lava front, and at the level of breakouts and above the Pali, where still some flows channeled remain open. 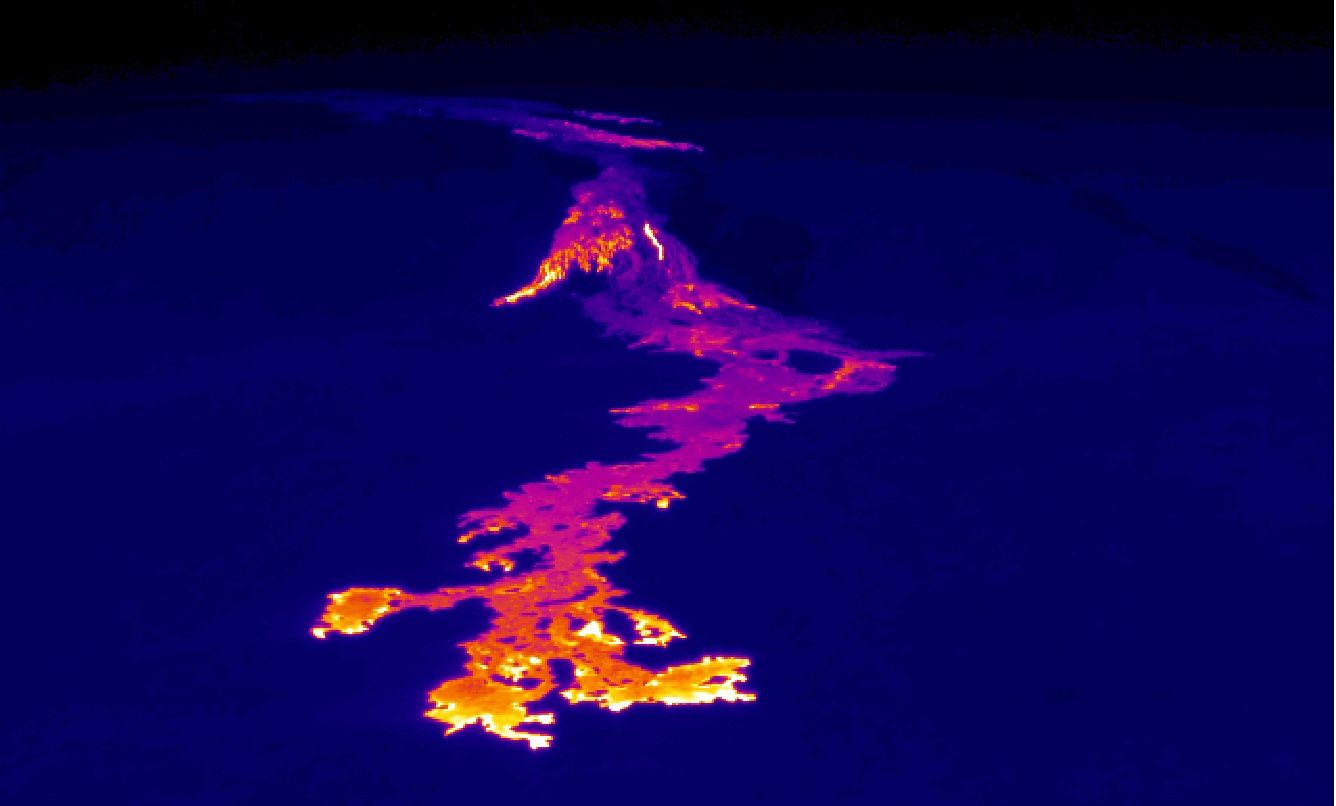