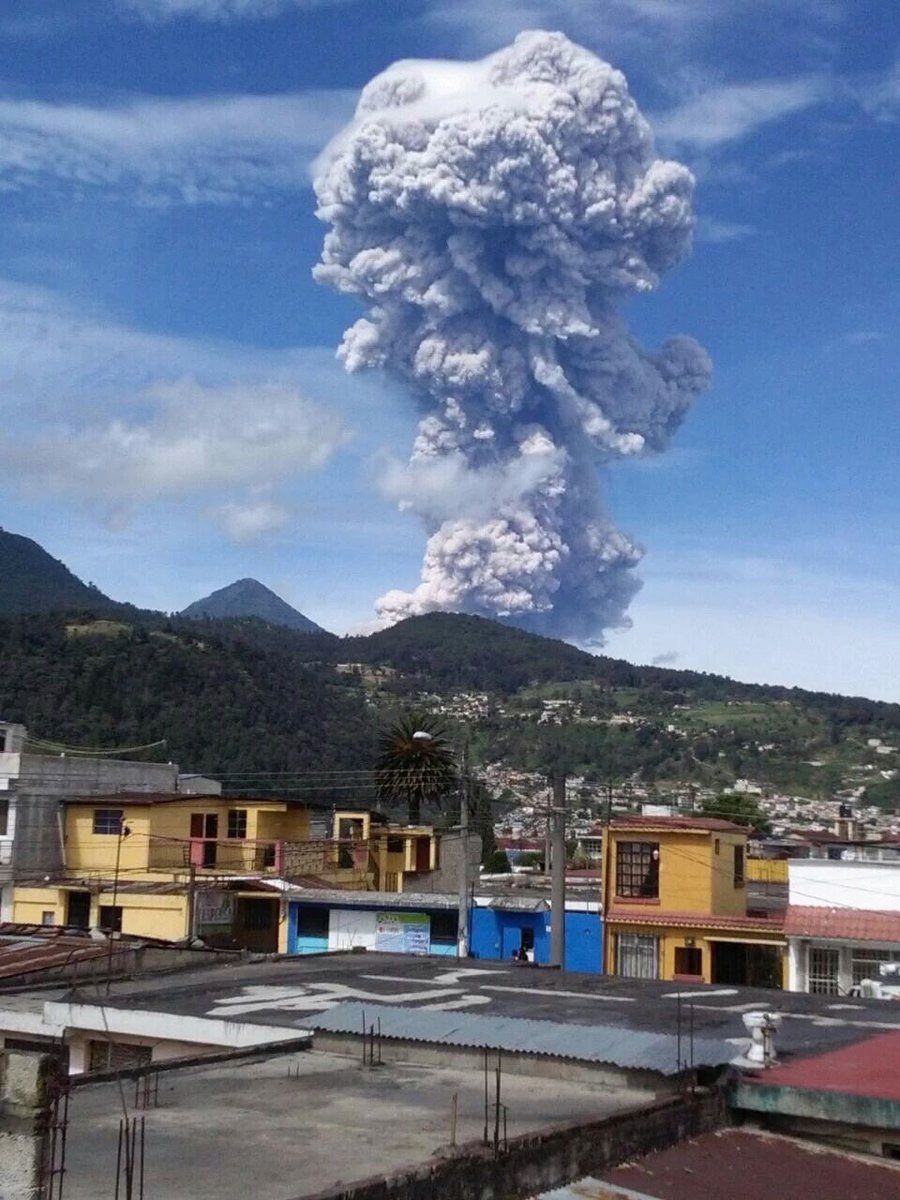 The first, at 9:20, generated a plume quickly climbing to about 5,000 meters asl, wearing a pileus, and moving toward the southwest. Pyroclastic flows occurred in the ravines south of the volcanic complex.

The Conred warns against ballistic projections reaching the meter in diameter, up more than 3 kilometers from the perimeter of the dome ... beware, some observation points are in this area.

The second explosion grew less rapidly, and was accompanied by a beautiful plume also. Sources: Conred and INSIVUMEH Santiaguito 01/06/2016 - Development of the eruptive column, with a lateral bud, and summital pileus - a click to enlarge - Photos Conred

The Sinabung, always active on the Indonesian island of Sumatra, introduced this July 1st some nice explosions. 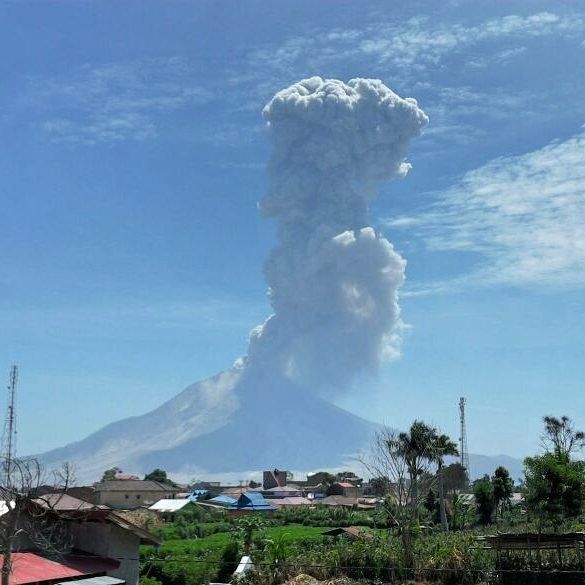 At Kilauea, the 61g lava flows has reached the coastal plain on June 29.

The volume of lava is huge, with many outbreaks, both pahoehoe that a'a lava, different skyligts at the top of Pali, evidence of the continuation of the tunnel construction process.

The lava flow  is gradually and completely transformed into an a'a lava to descend the steepest section of Pulama Pali, and lengthens while gaining in height ;  it is clear that the casting channeled becomes the main lava tunnel, while blocks of incandescent lava are downing the slope. The amount of heat from the lava field creates turbulence in his aplomb

June 30 afternoon, the front of the lava flow was, according to the HVO, to 150 meters from the base of Pali, near the western boundary of the Royal Gardens subdivision. It measures 7.6 kilometers along the axis of the tunnel. Pu'u O'o - The 29.06.2016's lava a'a flow front was supplied by a narrow channelized section on the steep portion of the pali. ; in the foreground, lava pahoehoe - photo HVO The alert level of Pavlof alert was raised to Avisory / aviation code Yellow on 19/06/2016 by the AVO.

This follows an increase of seismicity in the last 24 hours and observing emissions of minor vapors.

The last eruption of Pavlof date of mid-May 2016, and follows another end of March 2016. In Chile, the level of technical alert of Planchon-Peteroa volcano was raised to Amarilla, activating the Civil protection at all levels, following an increase (already reported) of the seismicity, concentrated in an area immediately below the main crater.

A fracture system activation process could facilitate the ascent of magma and trigger an eruption in weeks / months.