A large lake discovered 15 km under the volcano Uturuncu. A massive water reservoir was discovered under the dormant volcano Uturuncu in the Bolivian Andes.
This discovery follows a study by Jon Blundy of the University of Bristol / UK and colleagues of an important "anomaly", known as the body of magma Altiplano-Puna, of 15 km., slowing seismic waves, and electrically conductive unlike the surrounding magma.
Abnormalities with unexplained similar conductivity have been discovered under other volcanoes: Mount St Helens in the United States and the Taupo Volcanic Zone in New Zealand. 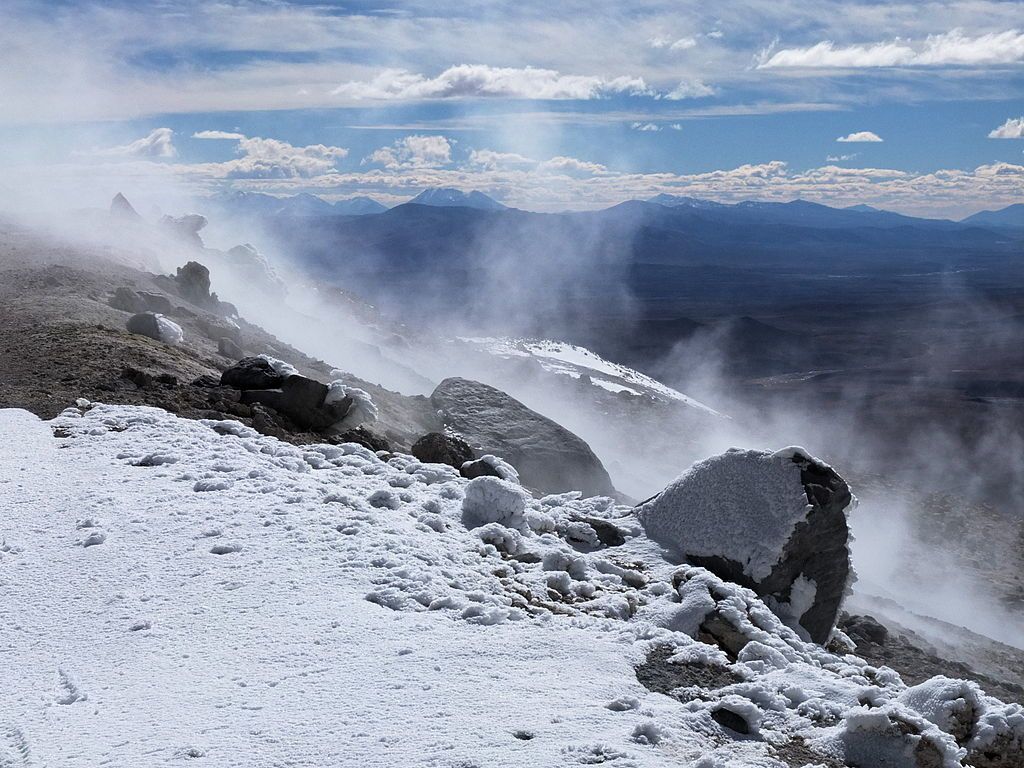 Without going into the arrangements of the study, what learn we from this discovery ?

- The amount of water discovered is similar to that of the largest fresh water lakes of Earth's, Lake Superior or Lake Huron. But this water is mixed with the molten rock at temperatures of 950-1000 ° C ... making it impossible to retrieve.

- It has enriched basalt from the mantle to form andesites.

- Large amounts of water depth may be the source of the current oceans ... and our planet would be habitable because this water is returned to the surface, rather than arrived with ice-rich comets or asteroids.

- This water is one of the volatile components dissolved in the magma, causing volcanic eruptions. "Dissolved in shallower depth where the pressure is lower, it is up in the form of bubbles, which caused eventually an explosive eruption," says Blundy.

In the future, better understand how water can trigger eruptions could help volcanologists to better interpret the seismic activity, and improve forecasting.