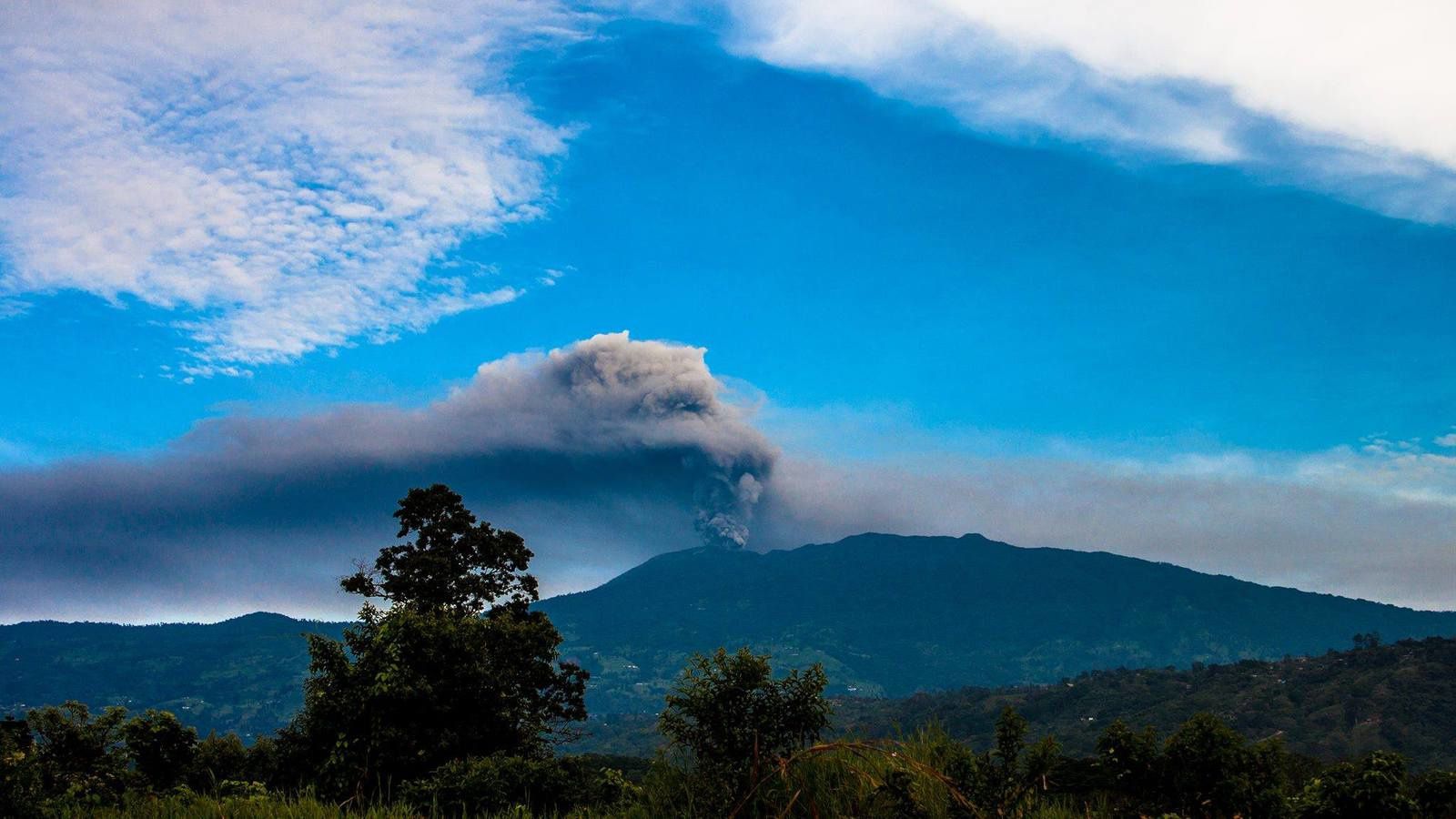 The activity remains at Turrialba, on November 2, with intermittent emissions of ash rising 500 meters above the summit. The ashes were scattered into a western sector. That same day at 8:48 p.m. local, an eruption was accompanied by a significant amount of incandescent rocks around the active crater and an ash plume; this activity lasted 9 minutes.

On November 3 at 6:35 local, an eruption produced a column that rose to 1,500 meters above the crater.
The eruptive activity continued during the day. Under the "Huayuro project" of analysis of the eruption of Huaynaputina in 1600 (VEI 6), a group of experts composed of geologists, geophysicists and audiovisual producers made its ascent and conducted  téphro -stratigraphic surveys and thermal images the 24-26 October.
They identified pliniens fall deposits of 12 mm. established at its last eruption, as well as deposits of previous eruptions. Eruption of Huaynaputina in 1600 - extended the falls of ash and cities affected - Doc. volcanohotspot.wordpress Seismic activity of Ruapehu / New Zealand increased in the end of October, after a peak of temperature of the crater lake.

Since early September, temperatures regularly rise of one degree per day, reaching a max. of 39.8 ° C on October 4; since it has fallen to around 37 ° C. The tremor remains above normal level, but GeoNet states that these impulses of tremor did not appear related to changes in temperature of the lake. The volcanic alert level remains at 1 / minor volcanic instability.