The Reykjanes peninsula - 4 - the west coast. 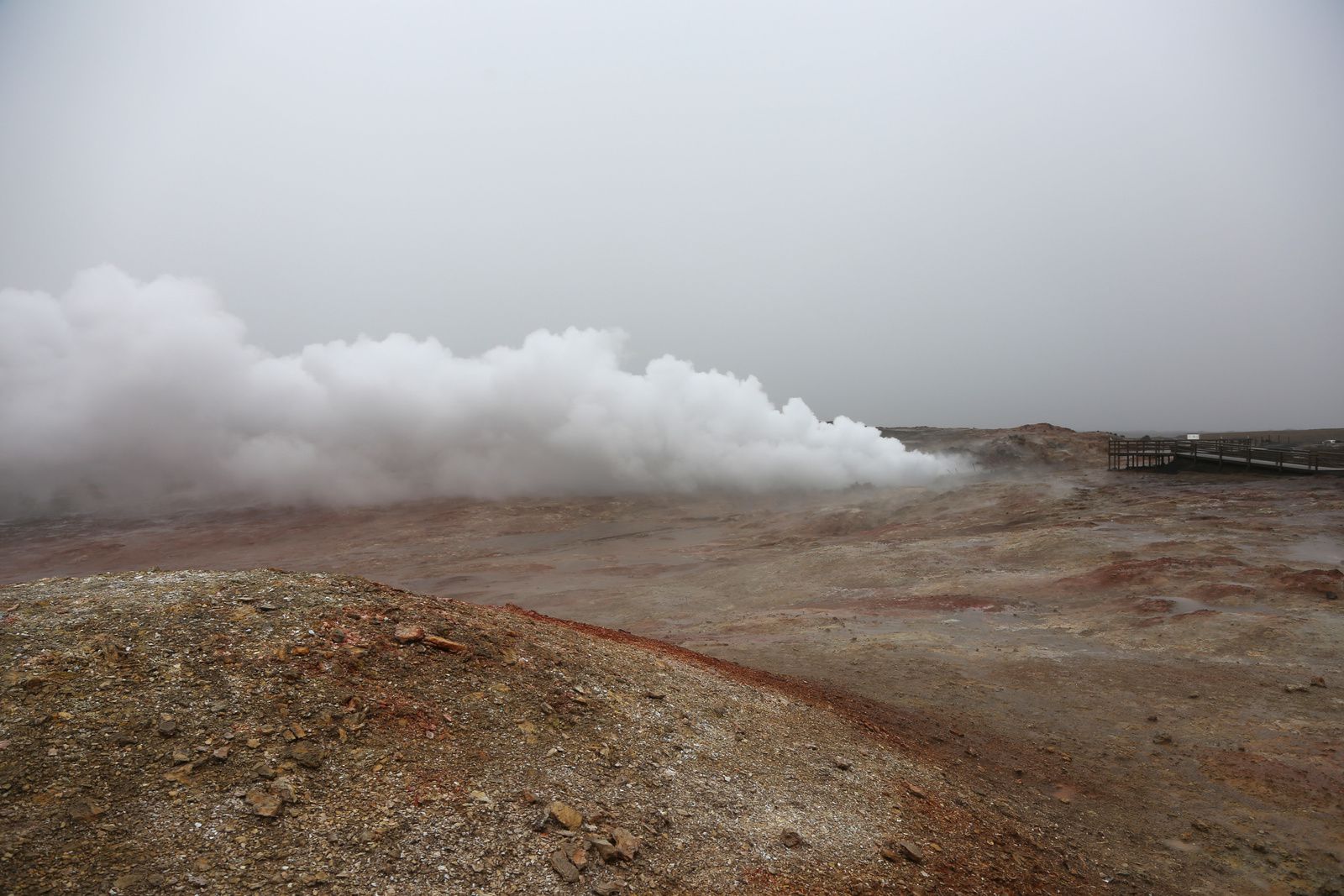 Close to Reykjanesviti is Gunnuhver, a high-temperature geothermal area and an Icelandic exception: the infiltration water, probably mixed with seawater, is heated by magma, and the steam that emanates reaches over 300 ° C. These waters rich in chlorides and loaded with silica, can constitute cones of geyserite. The peninsula is subjected to seismic swarms which caused a slide on a crack passing through Gunnuhver some forty years ago; the earthquake of 1918 had formed a powerful geyser with a bubble of 5 meters, named "Hverinn 1918". Reactivated in September 1967 by an earthquake, it erupted with a jet of more than 12 meters of height. A geothermal drilling ended its existence in 1983. The mouths of the two ancient geysers are visible in Kisilholl (Silica hill).
Water acidified by gases, mainly carbon dioxide and hydrogen sulphide, altered the volcanic rocks and transformed them into mud pots.
Vapors leaving the ground have increased in importance after the start of industrial operations in 2006. From 2008 to 2010, the area was partially closed by the Civil Defense due to the eruptive risk. The destruction of the footbridges on 15 September 2014 confirmed the danger. The name Gunnhuver derives from that of a ghost, Guðrún Önundardóttir, nicknamed "Gunna". According to one of the common legends about it, she was a farmer near Kirjubol, a property belonging to a lawyer, Vihjalmur Jonsson. When Gunna did not honor the payment of his rent, Vihjalmur took away his only property, a pot. Gunna became furious, refused to drink the holy water and fell dead. On the way to the cemetery, the bearers of his coffin noticed that it became strangely lighter. And when the grave was dug, the people heard : " No need deep to dig, no plans long to lie " ... it was obviously Gunna who spoke, now become a hateful specter ! The next night, Vihjalmur's body was found on the moor, all blue and broken bones ... Gunna's revenge.
Another story tells that a priest named Eirikur felt capable of exorcism, and finally threw Gunna into a geyser, which took his name. According to the tales of the time, you should be able to see it refusing to grow there. 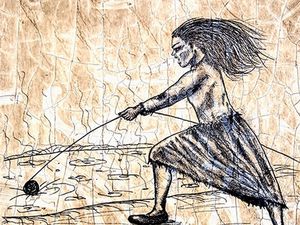 A project called IDDP / Iceland Deep Drilling Project, initiated in the 2000s, aims to study the feasibility and economic benefits of deep geothermal resources as possible sources of energy.
The first IDDP-1 well was drilled at Krafla in 2009, with the intention of reaching 4,500 meters in depth, but at less than 2,100 meters, the drilling reached melted rock and the drilling stopped. The site of the IDDP-2 to the left of the lighthouse of Reykjanes. - photo IDDP

The IDDP-2 project involves deepening the existing RN-15 well in the Reykjanes geothermal field.
The drilling, begun on 12 August 2016, reached 3,640 meters at the end of October. The objective remains to drill to a depth of 5,000 meters, in an extension of the Medio-Atlantic ridge, in search of a supercritical vapor zone, according to Albert Albertsson, deputy director of ORKA, a Icelandic geothermal energy.

The magma heats the water under the ocean floor, where there is a pressure of the order of 200 atmospheres ... the water will be found there in the state of "supercritical steam": it is neither a liquid state, nor a gaseous state, sharing the properties of both, but more importantly, it can store more energy than other states.
The use of supercritical geothermal fluids could produce ten times more power than older wells. A project to follow, since the technique under development in Iceland could be used by other countries in the world.