The Snaefellsjökull - the only large stratovolcano in western Iceland

Descending the west coast of the peninsula lets see everywhere this great stratovolcano covered with a glacier: the Snaefellsjökull.
The name of the volcano is actually Snaefell, "the mountain of snow", but since it has two homonyms, it is called from the name of the glacier that covers it to distinguish it.
It has been built over the past 800,000 years and on the structure, are traces of at least 20 to 30 eruptive episodes, only part of which has been dated to about 6,000 BC.

The craters of the lower flanks produced lava flows of basaltic lava, while those of the upper flanks emitted silicon to intermediate materials. Its top crater is 200 meters in diameter and is filled with ice. Two small excrescences mark the summit. Numerous pyroclastic cones punctuate its flanks. Its last eruption dates from the beginning of our era, in the year 200 +/- 150 years.

We did not climb it ... it was not the purpose of our trip. A lot of stories are linked to the glacier, a meeting place for aliens, or one of the seven chakras (energy center) in the world ? 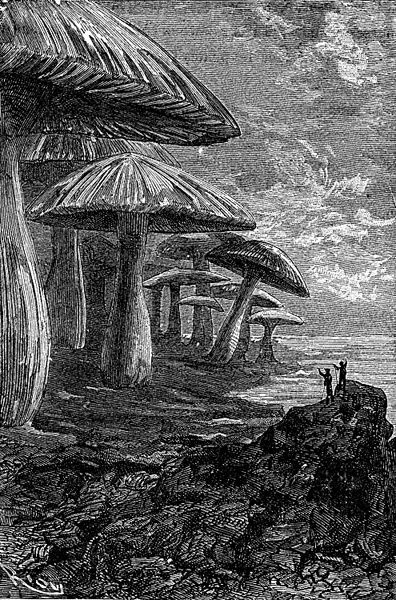 It was honored by Jules Verne in his "Journey to the center of the Earth".
This adventure novel, written in 1864, deals with the discovery of an old runic manuscript by Professor Lidenbrock, Professor of Mineralogy. The deciphered cryptogram reveals that its author discovered a passage that led him to the center of the Earth, via one of the craters of a volcano, the Snaefells.
Jules Verne describes, in a mixture of scientific data (cryptology, speleology, paleontology, mineralogy and geology), and various extrapolations, the tribulations of Lidenbrock, his nephew and the members of his expedition to th center of the earth.
The theme of the adventure book has been repeated in various films over the last century. Arnarstapi and the Stapafell:
The volcano Stapafell, located south of the Snaefellsjökull, dominates the village and the port of Arnarstapi.
It is 526 meters high, has a highly eroded pyramid shape and is made of palagonite.
The village of Arnarstapi was once a commercial trading post and a busy fishing port. Its port, surrounded by columns of basalt, has a configuration favorable to the reception of boats. The port of Arnarstapi, surrounded by basaltic cliffs, and the Stapafell - photos © Bernard Duyck 10.2016 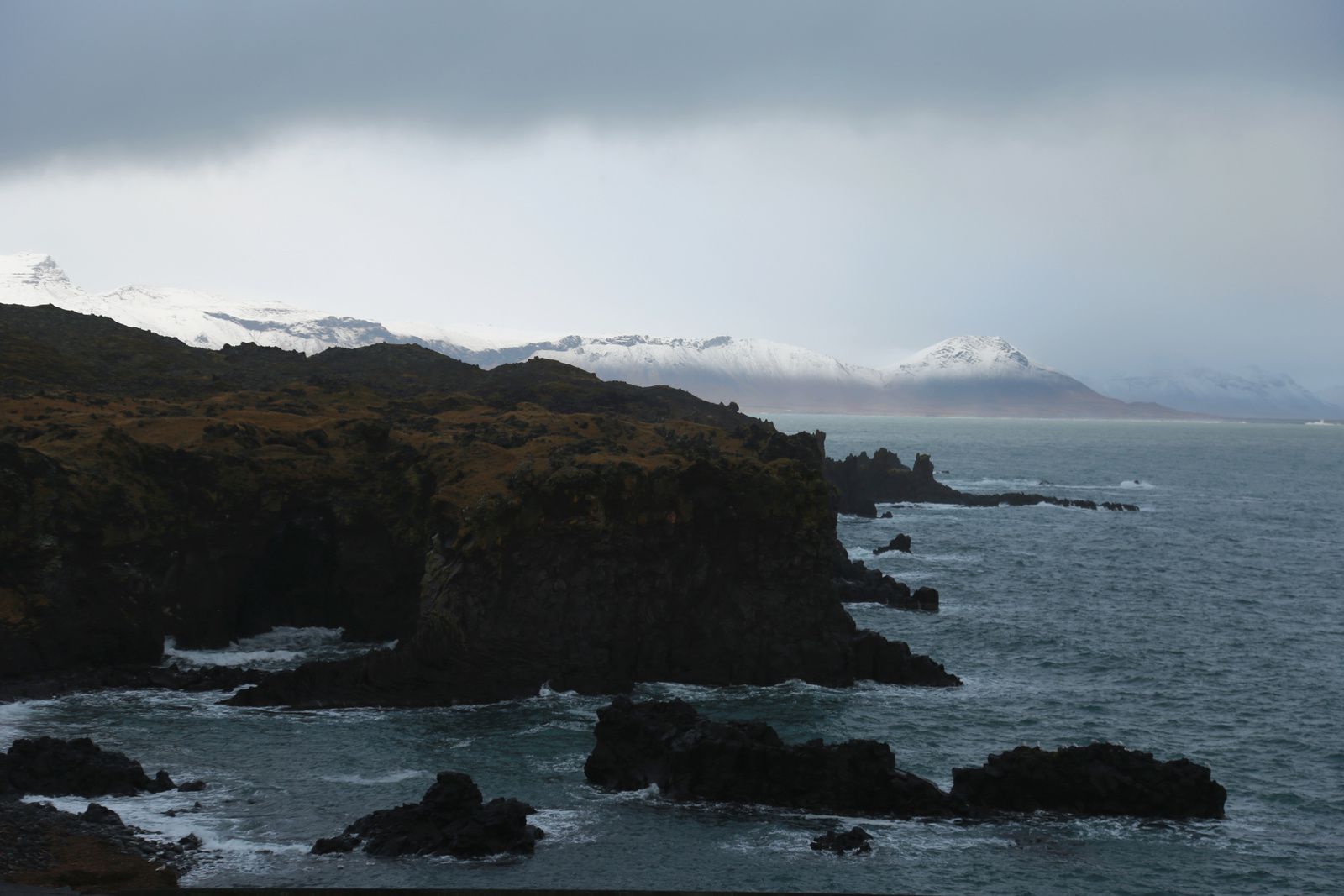 Today, it is an interesting stop on the coastal hiking trail linking it to Hellnar.
This road overhangs cliffs dug in a stream of the Snaefellsjökull, eroded by winds and sea, and forming creeks, sheltering small black sand beaches, arches, promontories, all made of basaltic organs both horizontal and vertical. 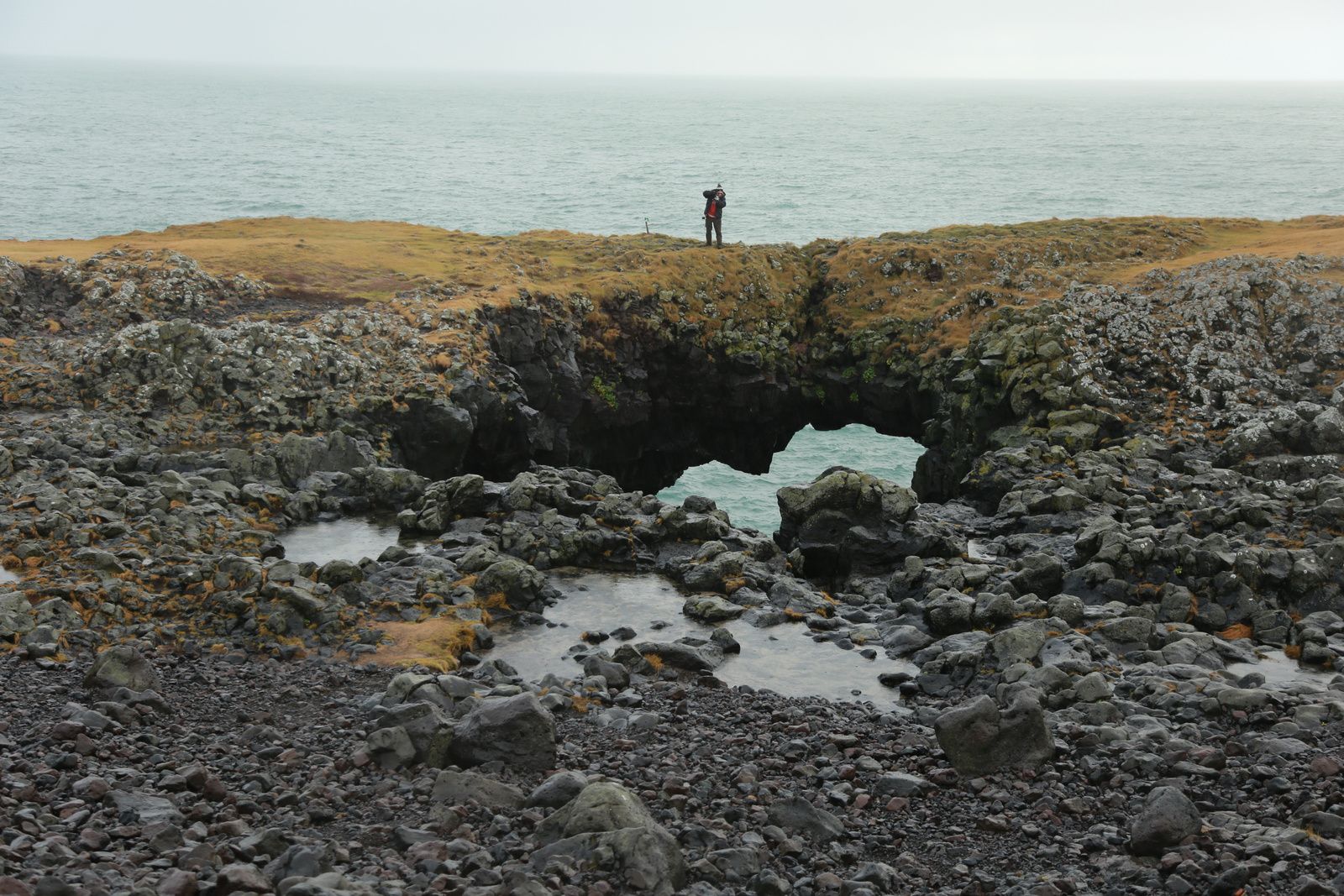 The direction of these organs is generally perpendicular to the cooling surfaces. This gives vertical organs for horizontal flows, which are cooled from above and below, and horizontal organs in the dykes which cools by the sides.
When lava flows through a more or less cylindrical conduit or forms a more or less cylindrical "intrusion", the cooling by the periphery of the cylinder causes the formation of organs perpendicular to the walls of the cylinder, that is to say radial, and draws a rosette or a sheaf of prisms. 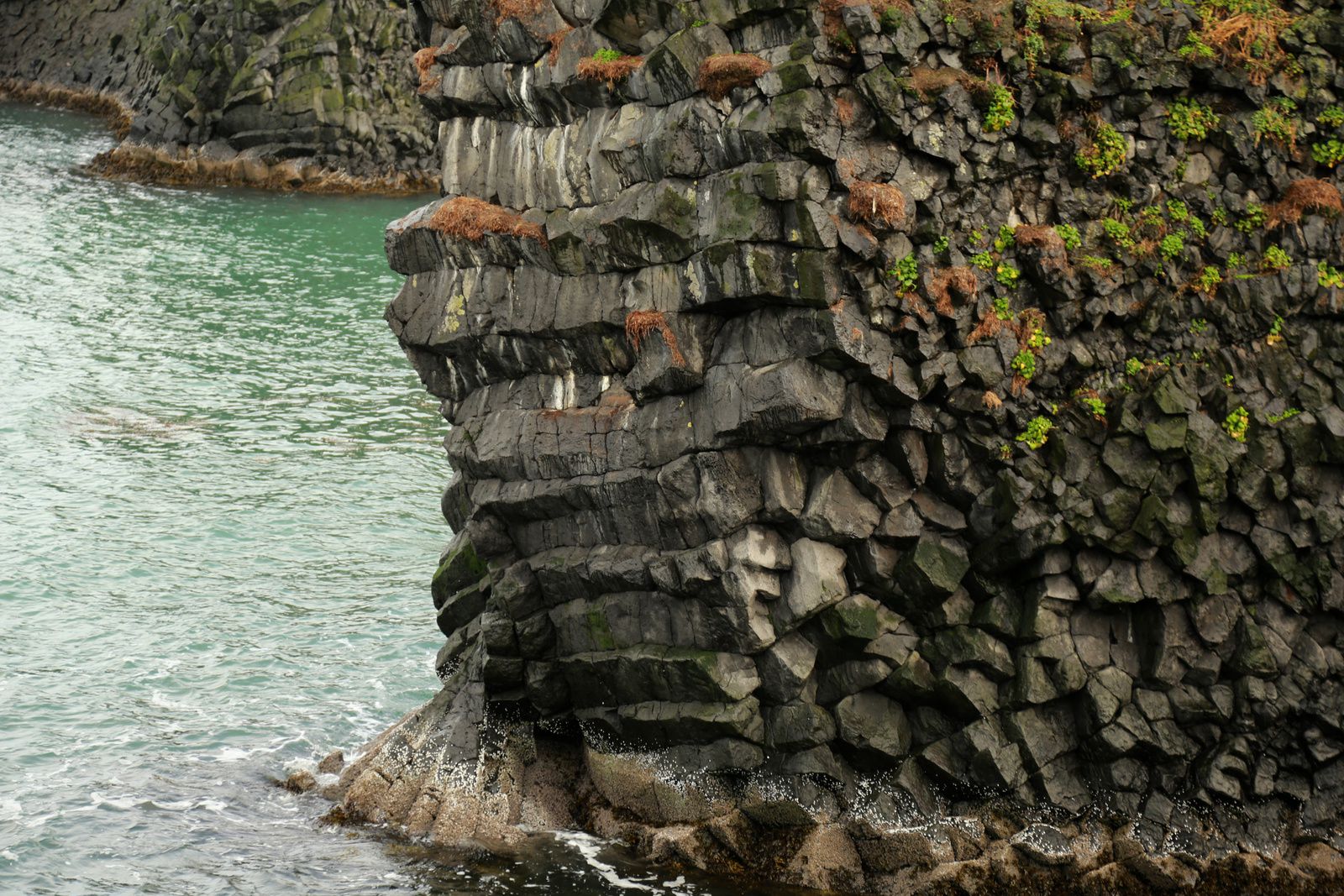 Hraunlandarif - leaving the foothills of the Snaefellsjökull in the rain and a shy rainbow - photo © Bernard Duyck 10.2016