The Bulusan, on Sorsogon / Philippines, generated on 29 December at 14:40 a phreatic eruption.
The southwest vent produced a greyish-white plume 2,000 meters high, which drifted west-southwest. Ashes are reported on Cogon, Tinampo, Bolos, Umagom, Gulang-gulang and Monbon /Irosin, and Caladgao, Guruyan /Juban.
The phreatic eruption was recorded as an explosive earthquake, which lasted 16 minutes. In addition, the seismic network recorded 22 volcanic earthquakes in the last 24 hours. The level of alert remains at 1 / abnormal, indicating the instability of the hydrothermal system with possibility of phreatic eruption. Changes in shoreline location of Bogoslof Island due to explosive eruptive events of Bogoslof volcano in late December 2016 as determined by analysis of Worldview satellite images. The pre-eruption shoreline as seen in an image from July 29, 2011 is shown as a red line. The location of the shoreline from December 22 and 25 are shown in cyan and magenta, respectively. The vent for the eruption is presumably located underwater, just off the northeast portion of the main island. Explosive eruptions were detected in monitoring data on December 20, 21 and 23, 2016 - Doc. AVO / Angeli Kim

A new map of the volcano-island Bogoslof has just been published. The eruptive sequence must have begun in early December, with eruptions noticed on the 16, 19, 20, 21, 23, 26 and 28 December local day and time. Each episode, of varying intensity, lasted between 30 and 60 minutes.
As of 25.12.2016, the loss of land is 72,000 m²; the new lands have an area of ​​56,726 m².
The strongest eruptions of 21 and 26.12 produced a plume relatively low in ash but rich in water, rising to 10,700 meters before drifting under the action of the prevailing winds. The cloud of sulfur dioxide from the eruption of 21.12 was followed by satellites for five days, reaching Nebraska, in the center of the United States. Seismograph of 29.12.2016 / from the OKO station of the AVO (north side of the Okmok, about 50 km south of Bogoslof) - Doc. AVO via Volcanodiscovery

The last eruption dates from December 29 at 23:45 loc. / 30 December 8h45 UTC, recorded by the seismographs of the neighboring islands. The ash plume is estimated at 6,000 meters in height with a drift towards the NE.
According to the latest Tweet, the eruption continues at 11 am, the aviation code is red.

Update : the explosive event that started last night, 30 december around 22:30 AKST / 07:30 UTC 31 december likely lasted less than 30 minutes on the basis of the duration of lightning stikes and seismic data. Yhe resulting volcanic cloud has not been observed above the high regional cloud deck. Winds would have carried the cloud north over the Bering sea. 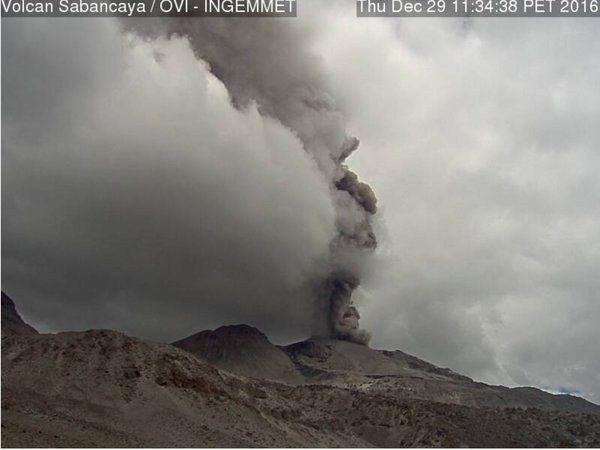 The Sabancaya, in orange alert, continues to emit a plume of ashes. 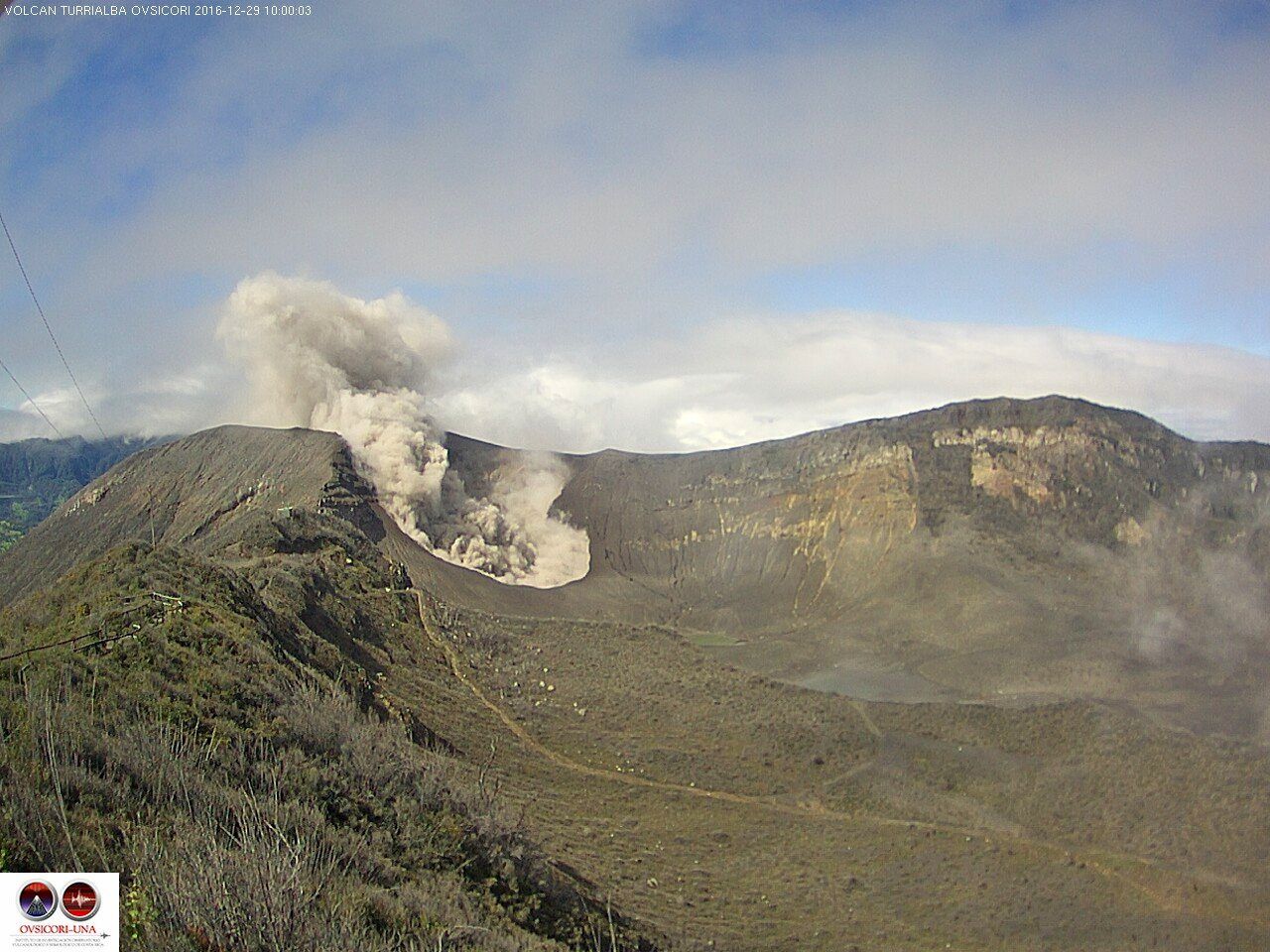 The Turrialba recorded, on December 30 at 3:35 local, an eruption; The height of the eruptive column could not be determined due to poor visibility conditions.

A field study by the Ovsicori indicates that the bottom of the central crater (not the active crater) has risen 10 meters in the past two years, both as a result of constant eruptions and also erosion. Six of these ten meters are under water, following the rains that have accumulated there. See the source document for the photos.