Craters and summit dome of the Popocatépetl - overflight of 12.12.2016 by the Cenapred / Segob

An overfly of the Popocatépetl was carried out on 12 December : the Dome 71, which was built from 29-30 November 2016, filled almost entirely the internal crater; It reaches a diameter of 280 meters, for a thickness of about fifty meters. Its volume is estimated at 3 million cubic meters. The depth of the inner crater was reduced by 15-20 meters from the main crater.

This dome is likely to be destroyed by one or more explosions, within a deadline expressed in day or week terms, which is why it is remembered not to access the volcano. Craters and summit dome of the Popocatépetl - overflight of 12.12.2016 by the Cenapred / Segob

The Colima continues its explosive activity with some plumes rising more than 2,000 meters above the summit. In Guatemala, the Fuego continues an activity characterized by 4 to 6 explosions per hour, weak to moderate, expelling plumes of ashes to 4,600 m. Asl., traveling 10 km to the west, south and southwest. Ashes fall are reported in the surroundings of San Pedro Yepocapa. Incandescent materials are expelled 150 meters above the crater, generating avalanches in the vicinity of the crater. The active dome of the Santiaguito is the seat of a degassing of white color to a height of 2900 m. Asl. dispersing to the southwest. A small explosion occurred yesterday, accompanied by a plume of ash rising to 3,100 m. Asl, with ash falls to the southwest and low avalanches on the eastern flank. 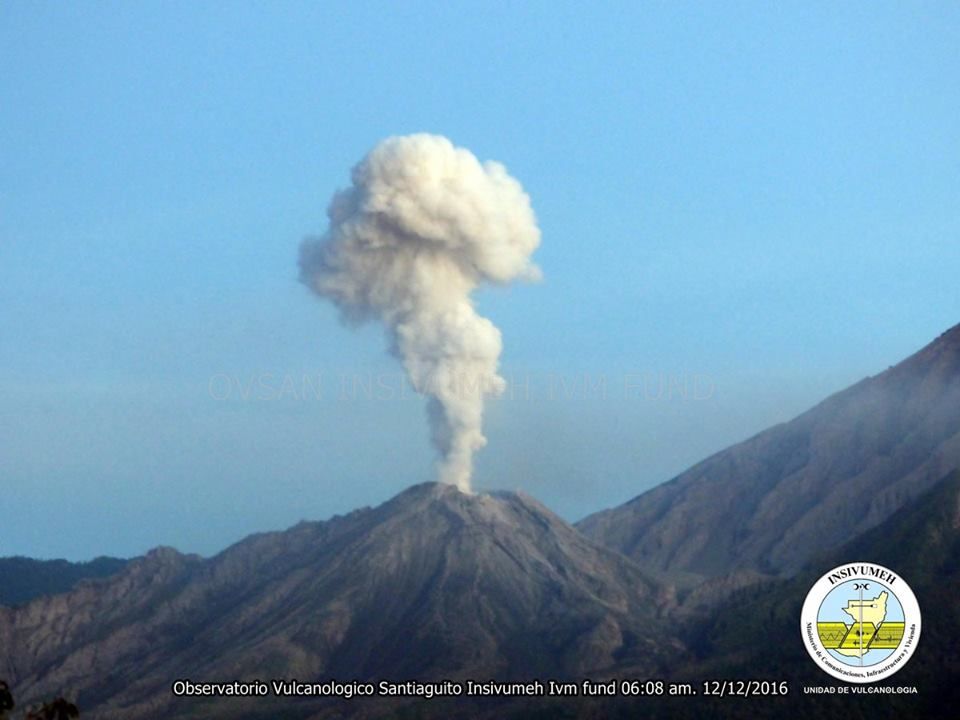 The level of the Kirishima Ebino has moved to level 2 / not approaching the crater, due to an increase in the number of volcanic earthquakes. Access to the crater is prohibited, and evacuation of hikers has been carried out.

By February 2016, ground movements had already been observed in addition to the volcanic earthquakes; They had justified the increase in the level of alert, lowered after a month.