At the Bogoslof / Aleutians, after the two recent eruptive episodes, seismicity remained low at the beginning of the day on December 22 until 10:20 UTC, before a strong episode of tremor which continued until 16:40 UTC. Although it is related to an eruptive activity, no ash emissions have been seen on satellite images. The aviation alert level remains orange. Analysis of the satellite images shows that the eruption of December 21 changed the morphology of the island and revealed a new small island at the northeast tip.

The addition of materials is noted by "pluses", while an excavated area is indicated by "minus": by examining the whole, it seems that the vent of the recent eruption is located just below the sea level , or near the coastline. In Sinabung, a new dome is growing; It would have reached 845,000 m³, and suggests new pyroclastic flows. In Etna, after several days of bad weather, the vent in the saddle between the southeast craters shows signs of activity. 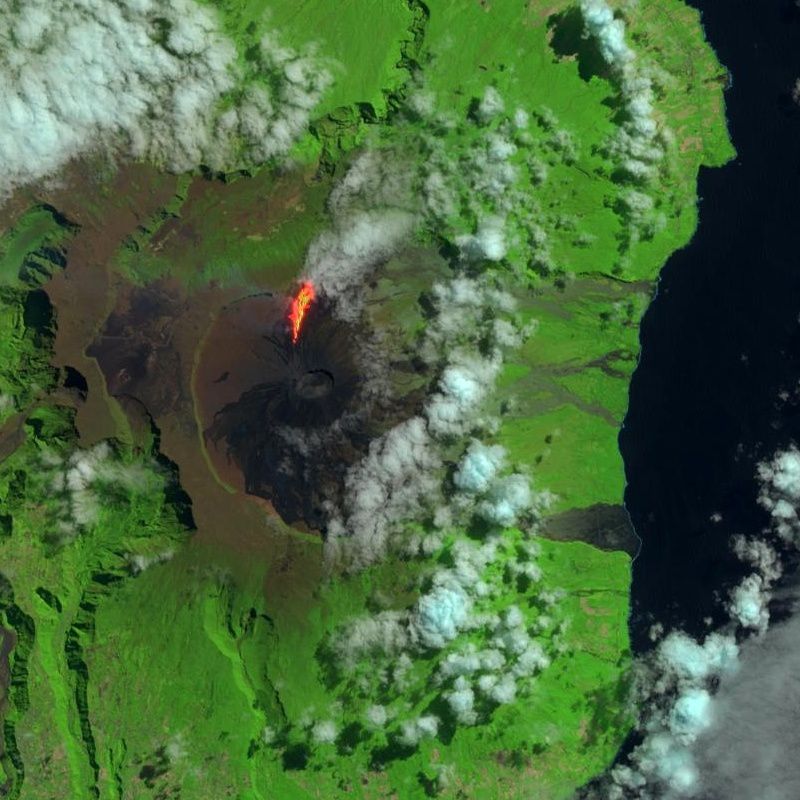 The OVPF reports a slight change in activity at Piton de La Fournaise, which is characterized by a recovery in inflation in the summit area, comparable to that seen before the eruptions in 2015 and after those in 2016. And a slight summit seismicity, accompanies by deep earthquakes; High concentrations of carbon dioxide are found in the soil at the level of the volcano gîte.

The observatory states that deep magma is present, but that this activity does not necessarily lead to a medium-term eruption.