On January 3, 2017, an increase of activity marked the Fuego in the morning. Explosions accompanied by plumes loaded with ashes and rising to 4,800 m. Asl. then drifting between 12 and 15 km to the west and south-west; Moderate avalanches occurred in the vicinity of the crater.
The explosions followed one another at a rate of 4 to 6 per hour, with shock waves felt at more than 6 km. Ash falls are reported on Panimache, Morella, Santa Sofia, Finca Palo Verde, Sangre de Christo and San Pedro Yepocapa. During the first days of January, the Turrialba maintained a passive emanation of ash, whose plume bordered the 500 m. above the active crater, before dispersing to a large western area.
The tremor remained at a moderate amplitude, with a few pulses at 4:30 and 5:05.
There are ash falls in the Central Valley (Barva, Moravia, Santa Bárbara, Pavas, San Francisco de Heredia, Guadalupe, Coronado, Santo Domingo, Tibás, Escazú and Heredia Centro). An odor of sulfur is reported in Coronado. 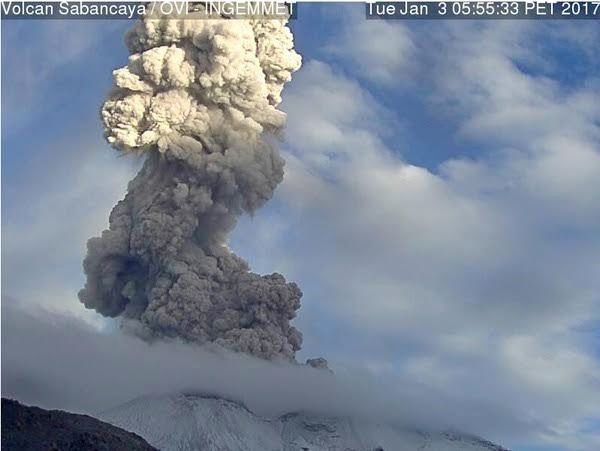 The Sabancaya, still in alert orange, has maintained a stable behavior between Christmas and today, with a moderate seismicity, and a decrease of earthquakes in relation to the ascent of magma.
The explosions are accompanied by a plume of ashes rising on average to 4,500 m. above the crater. A small inflation marks the northeast flank of the volcano, and sulfur dioxide emissions are measured up to 2,700 tons / day 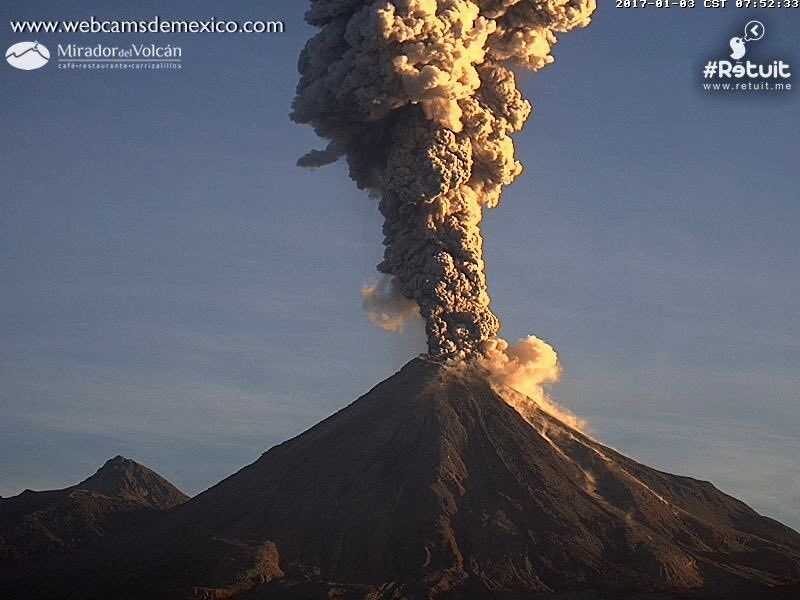 The activity of the Colima is maintained, with an explosion that leaves the lot on 3 January at 7:55 local, accompanied by a plume of ash rising vertically to 1,500 meters above the crater.