Small show in the Nevado del Ruiz / Colombia, always active and which must be wary ... 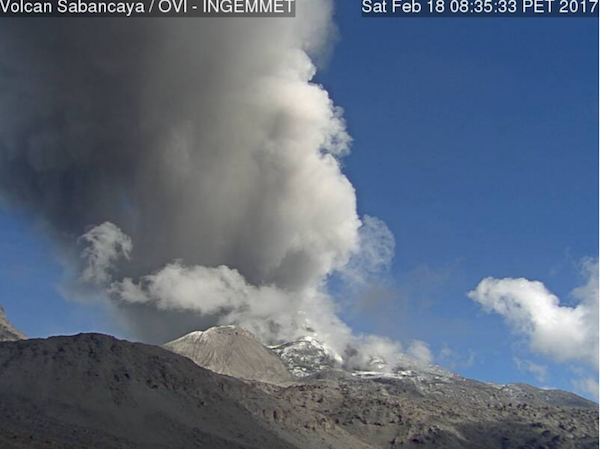 The Sabancaya was the site of a strong explosion this 18.02.2017 from 6am. The ash plume exceeded 5,000 meters above the crater, then spread north-north-east. Ashes fall to Chivay, at 30 km from the volcano. The alert level is orange since December 2016, with an exceptional zone of 12 km around the Sabancaya. The activity of Sinabung is maintained, fluctuating between flows of blocks, two simultaneous on the morning of February 16, and plume of ashes reaching 3,000 meters on February 18 at 5:24 pm.
Thanks to the on-site observers. 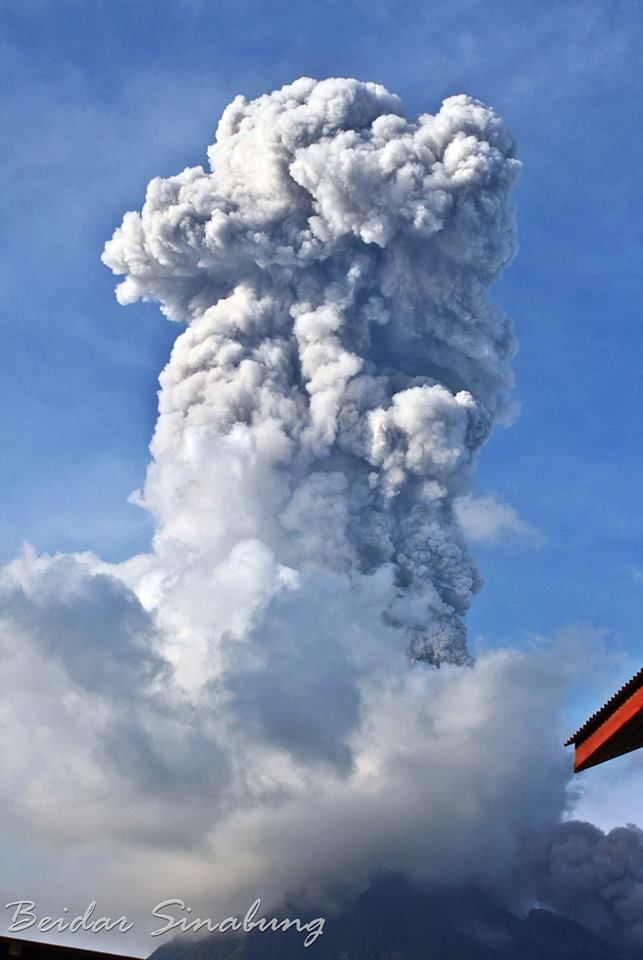 The MIROVA site detected a thermal anomaly, described as high, on 18 February 2017 at Anak Krakatau.
The VSI does not comment, with an alert that remains at level 2 / Waspada. Nothing new at La Fournaise, where the volcanic tremor remains at a relatively constant intensity level for 3 days, at a level equivalent to that at the beginning of the eruption.
Source: OVPF Piton de La Fournaise - Evolution of the RSAM (volcanic and volcanic eruption indicator) between 31 January and 18 February (18h local time) on the seismic station of Château Fort, located on the southern flank of the volcano. (© OVPF / IPGP) Activity of Fuego, Reventador and Merapi.