Columns of dolerite from Tasmania. This dolerite is particularly noticeable at Cape Pillar, on the coast of the Tasmanian Peninsula, and at the summit of Mount Wellington, which dominates the town of Hobart.

A major intrusion of dolerite occurred in the Jurassic, during the break-up of Gondwana, in a short period at a geological level: in about 165 million years, the dolerite covered more than one third of Tasmania. This intrusion also affected Antarctica, Argentina and South Africa 183 million years ago to form the Karoo-Ferrar Igneous Province.
This episode could be the cause of the Toarcian extinction by a consequent oceanic anoxic event. Magma has cooked coal and bituminous schists producing up to 27.4 teratons of carbon dioxide, some of which has spread to our atmosphere. 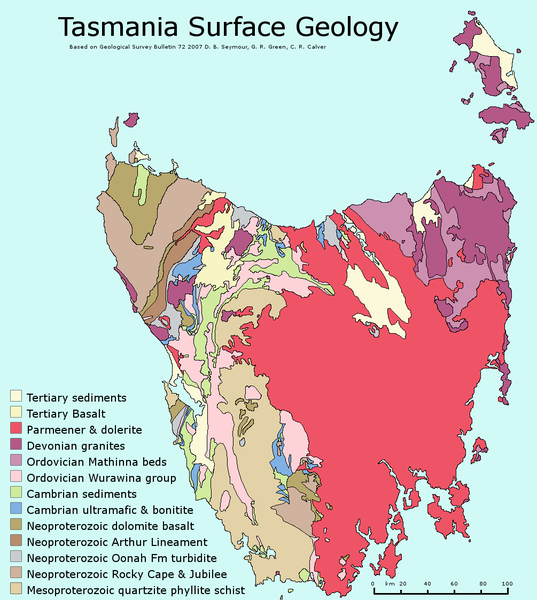 The dolerite is a magmatic rock with little vitreous structure, intermediate between a basalt and a gabbro. Its composition is 40% plagioclase, 20% clinopyroxene, 20% quartz, 5% ilmenite and a few % of feldspar and amphibole potassium. The rock is altered by water in smectite and kaolinite, containing unaltered quartz. 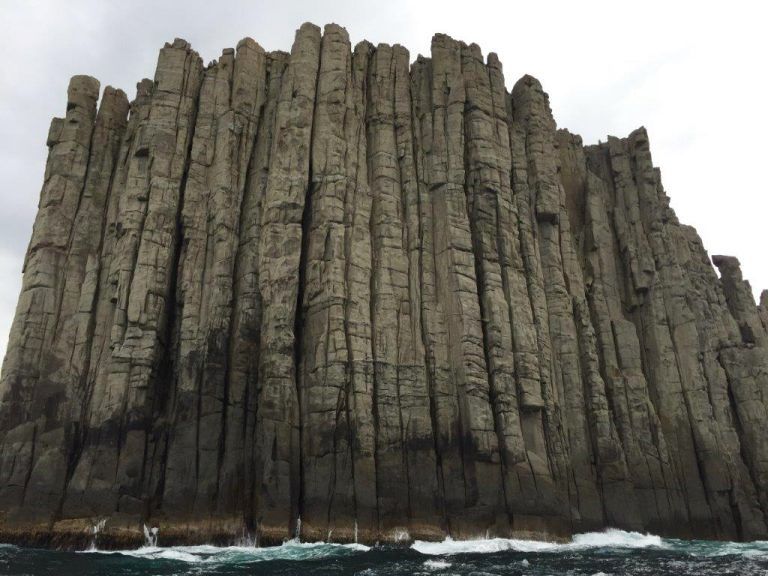 Cape Pillar's dolerite cliffs, 300 meters tall, are separated by the waters of the Pacific Ocean, and a partly flooded cave.
Two climbing spots, among others in Tasmania: Totem Pole and Candlestick.

Mount Wellington dominates Hobart; It culminates at 1,271 meters.
The lower parts of the mountain are formed of marine deposits that formed when the entire Hobart region formed a vast underwater platform and slowly emerged.