In the early hours of 15 March, Etna's strombolian activity gradually intensified and a small lava flow began to ooze on the southern flank of the southeast complex.
After 7 h UTC (local time -1), the eruption intensified, marked by an increase of the volcanic tremor.
At 9 am UTC, strombolian explosions became constant, with small ash emissions. The lava flow reached the base of the central cone SE and spread on a gentle slope to the south, covering the pouring of the previous eruption. 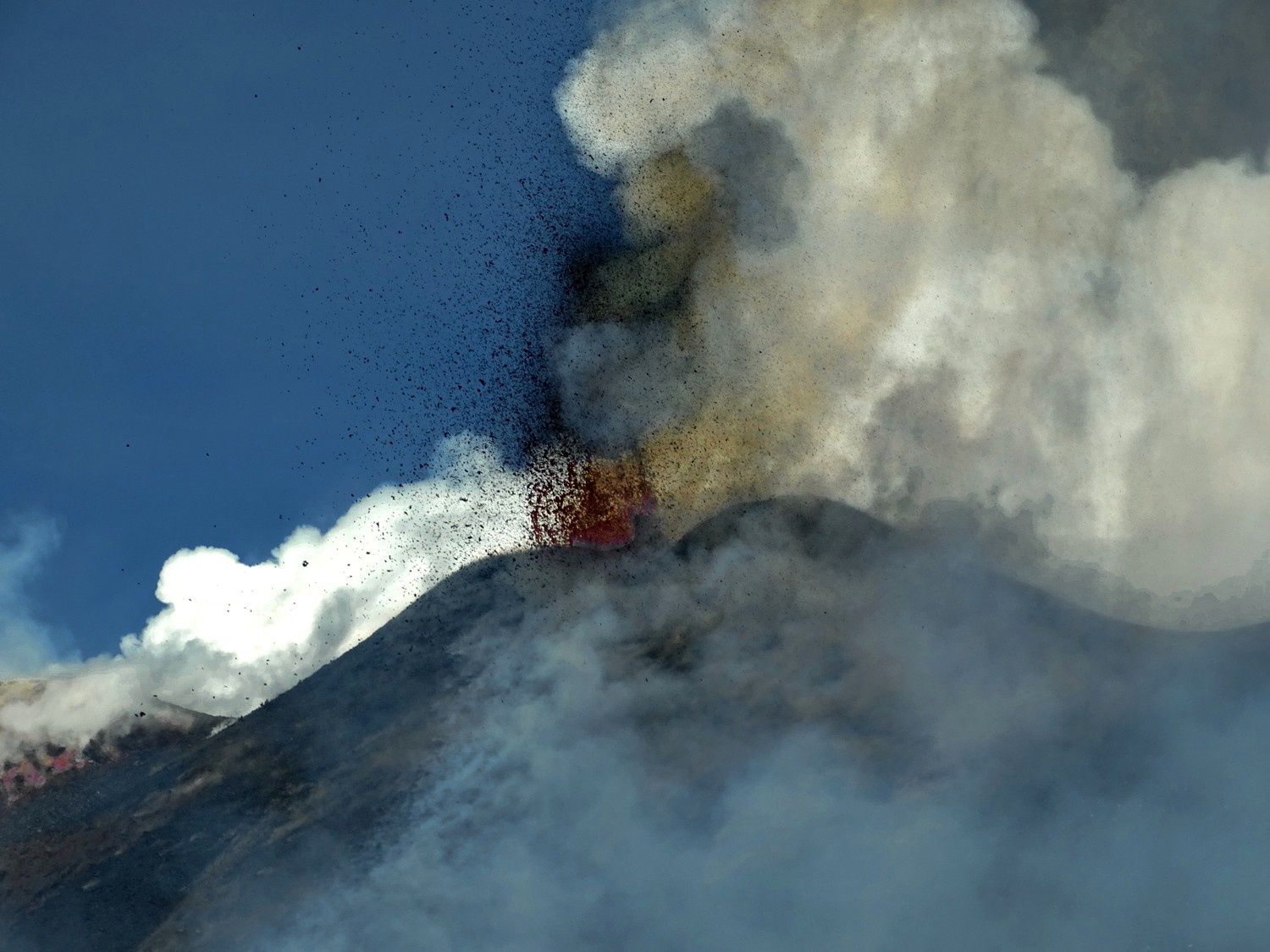 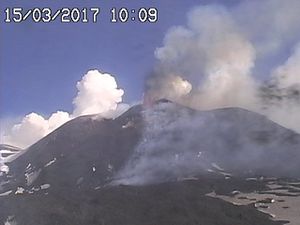 In the middle of the day, the summit was obscured by the clouds. 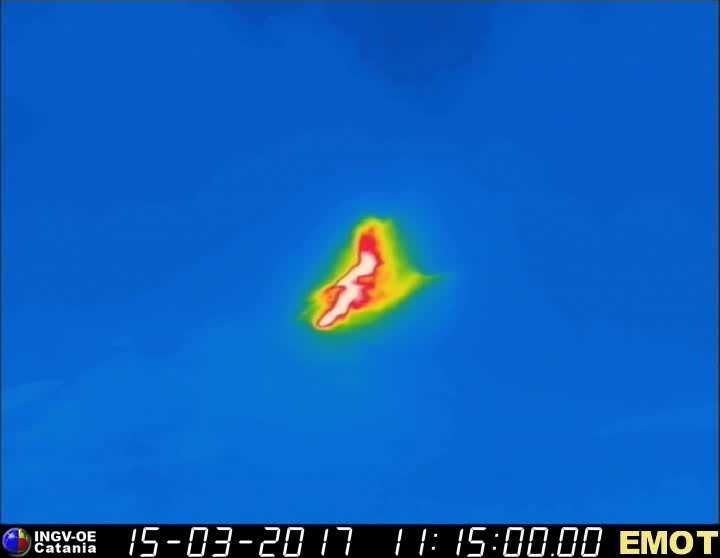 At the late afternoon, the lava flow progressed. The intensity of activity peaked around 17:40 UTC, before gradually decreasing in the evening.
Shortly before 11 pm UTC, following a rapid decrease in venting activity at the top of the cone, a new small lava flow was emitted from a vent on the south side of the cone, and progressed to the East. 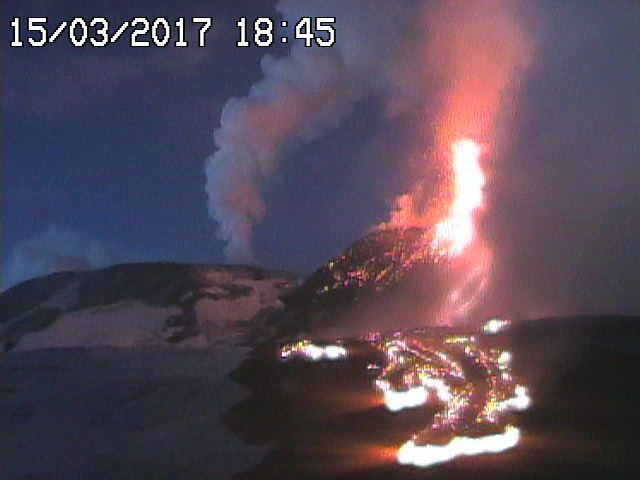 On the morning of March 16, paroxysmal activity continues. Updates will follow. 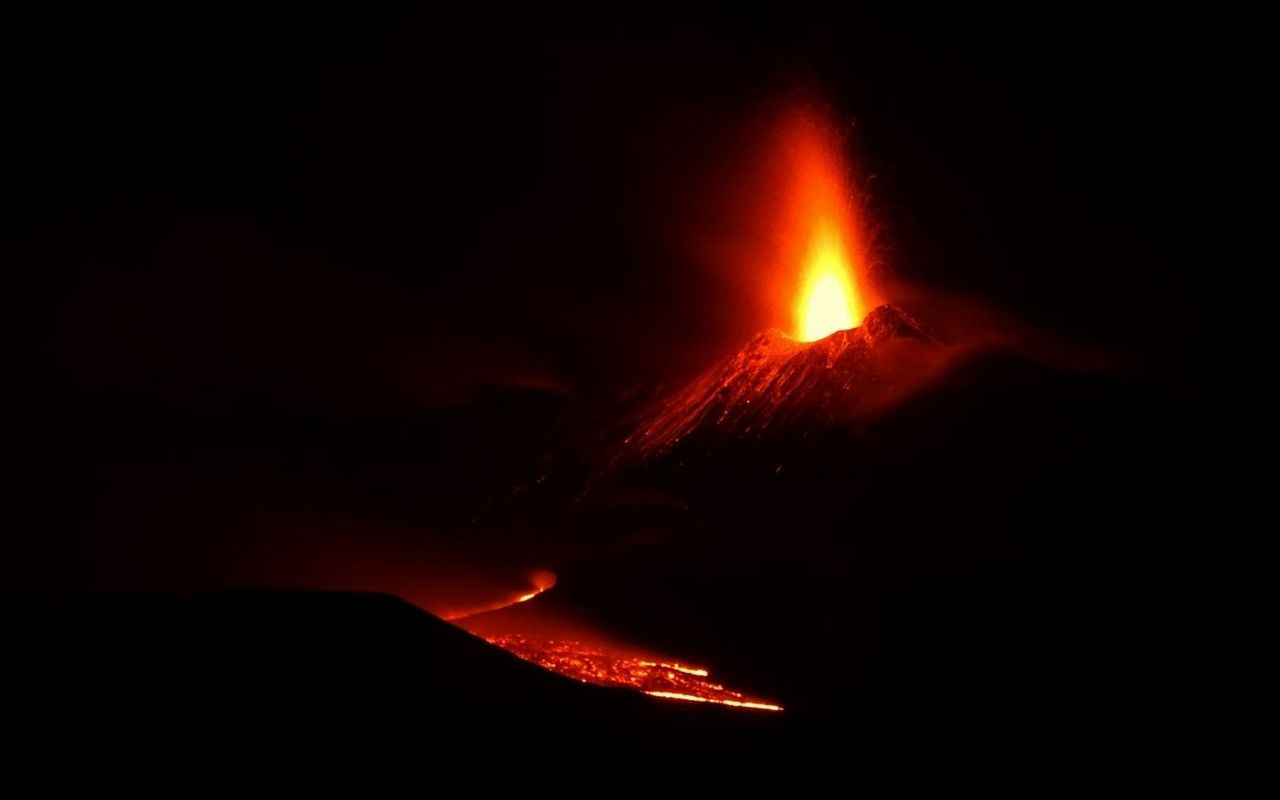