Explosion of the lava dome Myojinsho on the rim of the caldera Bayonaise rocks on September 23, 1952. Note the plume in cypress (vertical) and simultaneous basal (horizontal) surge. - Photo courtesy of Ryohei Morimoto (University of Tokyo) / GVP On 24th March, the JMA launched a volcanic alert on an underwater volcano on the Izu-Bonin arc south of Tokyo. The Coast Guard observed a change in water coloring due to volcanic activity in the area of ​​Bayonacease Rocks (Bayonaise rocks -Beyonesu rocks).
Bayonacease Rocks represents part of the caldera (8-9 km wide) largely underwater Myojinsho. Its formation was followed by the setting up of a large dome on the caldera floor located at a depth of 1,000-1,100 meters. An explosive underwater eruption destroyed in 1952 a Japanese research vessel and its 31 crew members.
Bayonacease Rocks owes its name to the French ship "Bayonnaise", which probed the volcanic islands south of Tokyo in 1850. An explosive eruption in the Kambalny, the southernmost stratovolcano of the Kamchatka Peninsula, this 25.03.2017 propels a plume of ash between 6,000 and 8,000 meters asl; These ash drifts south-westerly over 255 km. They could affect international air traffic, and the aviation code has been changed to orange by the KVERT.
His last eruption dates from 1769 (KVERT) The Fuego was the site of 22 explosions on 24 March; Qualified from weak to moderate, they generated a plume of gray ash rising to 4,600 asl before drifting south and southwest. Incandescent pulses were observed more than 250 meters above the crater, causing avalanches near the crater 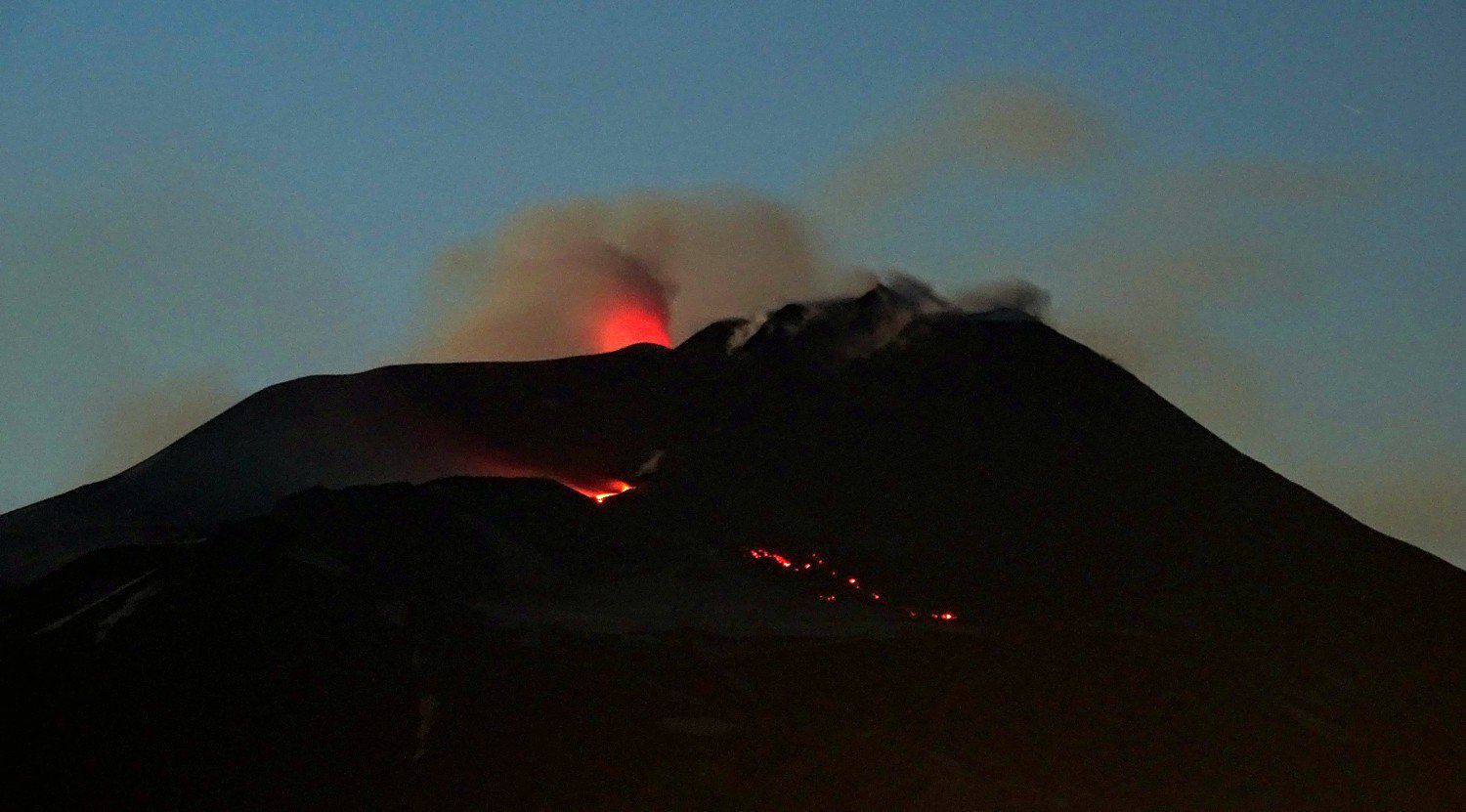 The activity of Etna in images:

Permanent incandescence at the Voragine, and activity of the effusive mouth at the base of the south-east crater, which feeds the lava flow.