The third eruption of 2017 continues at the Fuego with moderate to strong explosions.
The plumes of ash are raised up to 5,000 meters asl, with fallout on a sector west-southwest. Long lava flows of 3,000 meters affect the Trinidad, Las Lajas and Honda barrancas. A risk of pyroclastic flows weighs on the barrancas Las Lajas and Ceniza. 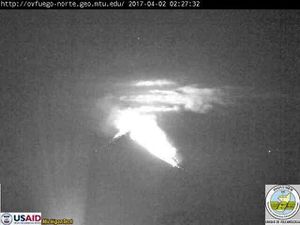 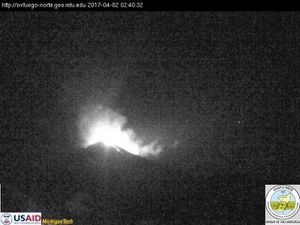 From midnight to 8 am, the Turrialba presented on 1 April constant ash emanations, scattered towards the O-NO, accompanied by falls of ashes on Purral, Coronado, Moravia, Tibás y Heredia.
Incandescence is maintained at the level of the crater, while ash plumes do not exceed 500 meters above the crater. On 1 April, new explosions of ash occurred at the Nevados de Chillan complex.

Two phases were identified: the first around 15:35 UT is characterized by a strong emission, about ten minutes; The plume was swept away to the S-SE.
The second, around 16.55 TU, was less productive.
Nocturnal incandescence could be observed.
The technical alert level remains in Amarillo. 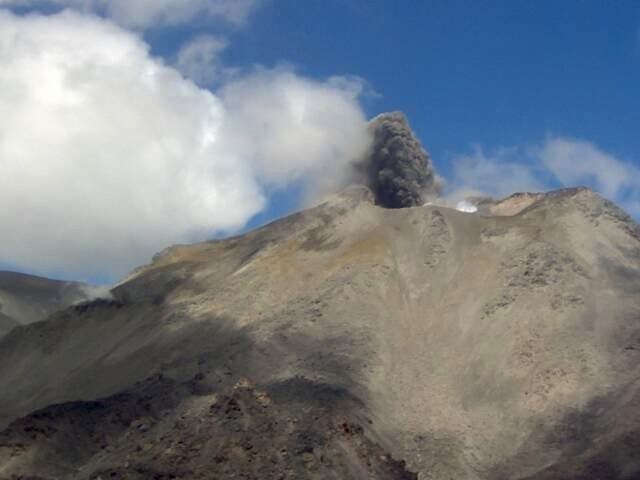