In Klyuchevskoy, the explosive eruption continues, with on 31 March a release of steam and gas, slightly loaded with ashes, 1,500 m above the crater
On 01 April 2017, a plume is reported rising between 5,000 and 6,000 meters, drifting for 233 km to the east. The aviation code remains orange. The Turrialba presented yesterday a plume of gases, steam and ashless aerosols, associated with a low to moderate tremor.
Seismicity is characterized by spasmodic and harmonic tremor and LP earthquakes.
In the evening, the plume reflects an incandescence in the crater. During a visit on March 27, the Ovsicori teams recorded a temperature of more than 780 ° C, and an incandescence visible by day at the bottom of the crater. Turrialba - Photos taken by volcanologist Geoffroy Avard / Ovsicori, with a Flir and ordinary camera - incandescence is visible in daylight, and measured at 780 ° C

The explosions at Fuego, numbering 7 to 13 per hour, became more energetic on 31 March. They were accompanied by plumes rising to 4.300-4.600 meters asl, moving to the west over 10 km. Incandescent ejections are observed at 100-330 meters above the crater; they generate moderate avalanches in the vicinity of the crater.
Ash falls and shock waves are reported more than 15 km from the volcano. 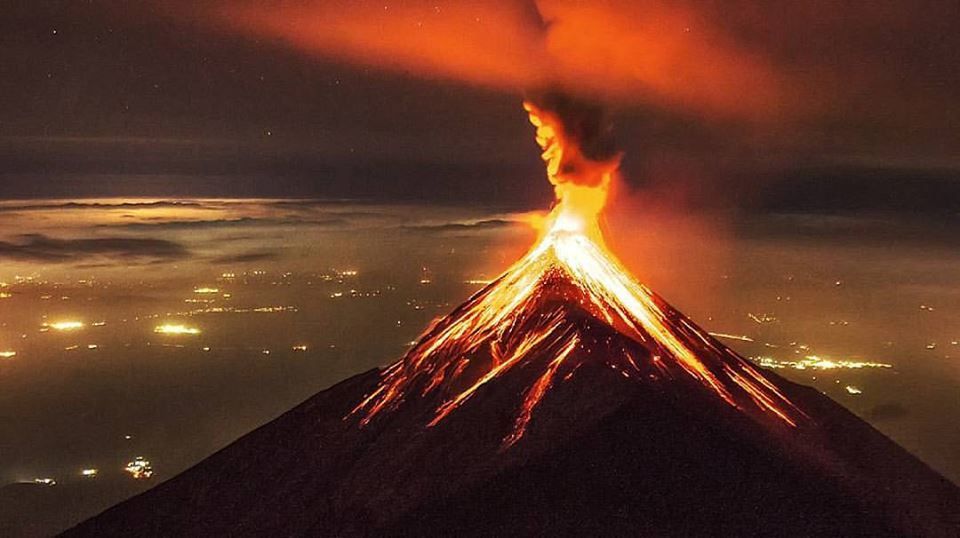