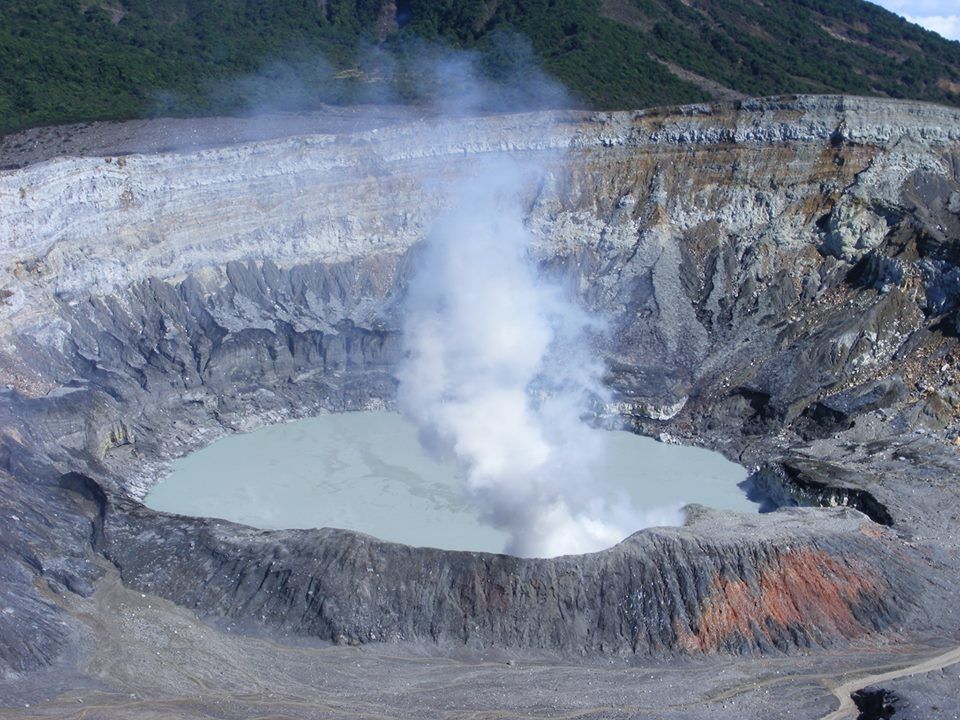 On 16 April, in the evening, two larger eruptions were recorded at 20:22 and 22:42, but not visualized due to atmospheric conditions; On 17 April, the images of the webcam reveal the almost total disappearance of the intracratric dome and an increase in the surface area of ​​the acid lake. The events took place at 21h34 and 21h38.

On 18 April, a small eruption at 5:47 showed a small cypressoid plume. Another one is filled in at 7:08 pm, lasting over 5 minutes, accompanied by the expulsion of incandescent blocks. 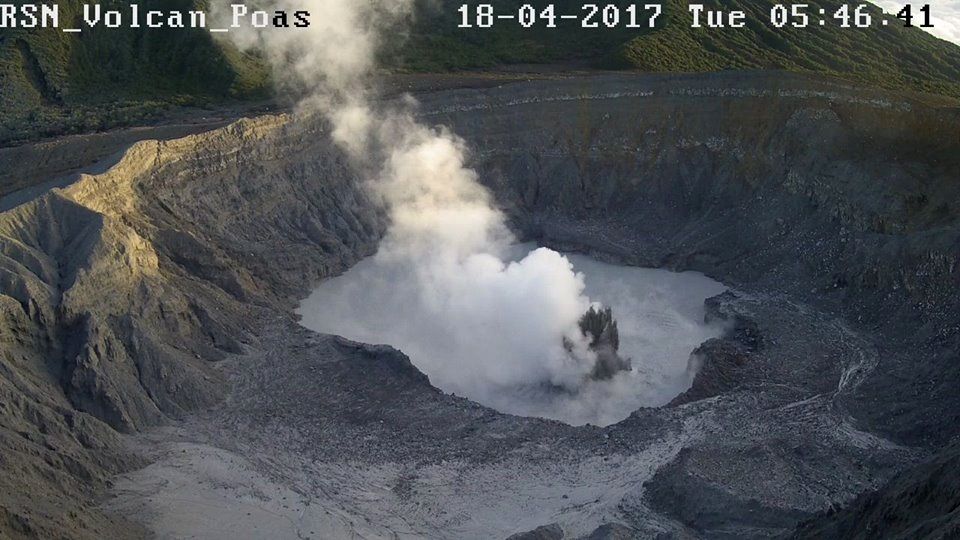 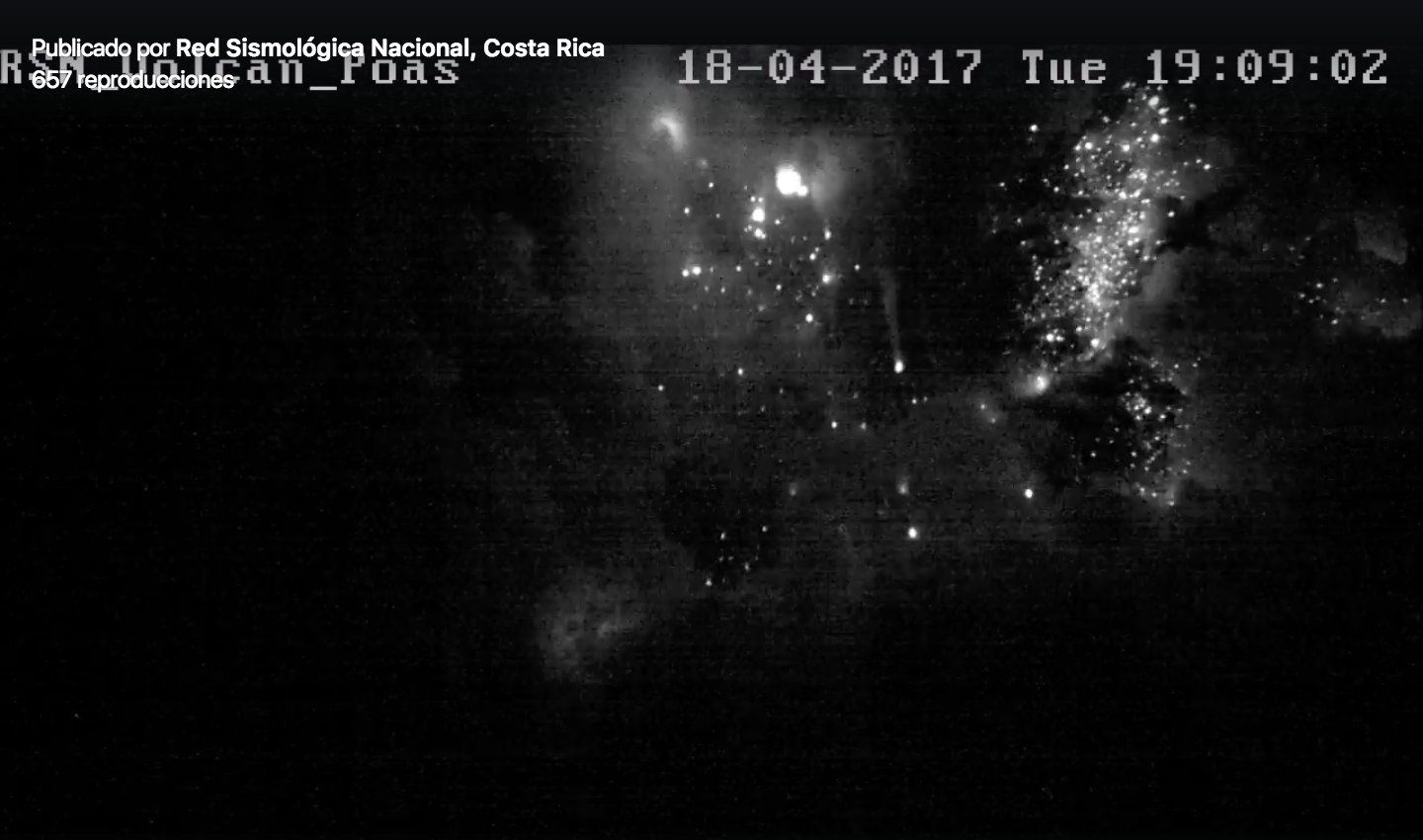 Using an electron-scanning microscope, analysis of Poas ash, released between April 12 and 14, by Volcanes Sin Fronteras-VSF, Lanotec, PREVENTEC.UCR and Parque Nacional shows that they contain 5% of materials juveniles ... the characteristic of these eruptions would be phreatomagmatic, which has not happened since 1955.. Poas - analysis of the ashes released between 12 and 14.04 - the particles of 0.15 mm show concavities, indicating the presence of volcanic glass, in addition to cracks and fractures, interpreted as the rapid cooling of magma in contact with water - doc. Gino González / Geólogo-Vulcanólogo of Volcanoes Sin Fronteras Poas - the active crater and laguna Botos seen on 18.04.2017 during an overflight by Geoffroy Avard Ph.D and Federico Chavarría-Kopper / Ovsicori 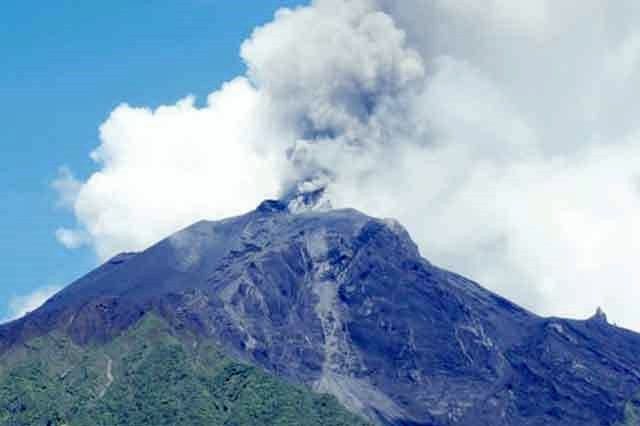 The Manam, in Papua New Guinea, erupted on April 16 at around 7 pm; The testimony speaks of flames emanating from each crater of the volcano, while the villagers of Dugalava prepared their dinner. Further explosions continued during the night and the following day, according to testimonies from various villages.
Evacuations would be problematic due to lack of fuel.

Source: The National / ONE PNG - link

In El Salvador, the Chaparrastique has experienced an increase in internal seismic vibration and degassing in recent days. On April 17, between 6:20 and 18:30, a sudden increase of these seismic vibrations reached 356 RSAM units in 10 minutes. These variations are associated with the movement of fluids inside the crater, according to the MARN, which does not rule out degassing or magma outlet at the central crater, or at the level of the volcanic flanks. Piton de La Fournaise - Illustration of the distortion during the last twelve months (eruptions of 26-27 May, 11-18 September 2016 and 31 January - 27 February 2017 are shown in yellow). Here is shown a baseline (distance between two GPS receivers) crossing the Dolomieu crater from north to south (in black the raw data, in blue the smoothed data over a week). A rise is synonymous with elongation and therefore swelling of the volcano; Conversely, a decrease is synonymous with contraction and therefore with deflation of the volcano. (© OVPF / IPGP)

After a lull since early March, inflation has picked up at Piton de La Fournaise, at a relatively low rate compared to 2015, 2016 and early 2017; The OVPF indicates an elongation between the top stations of 0.1-0.2 mm for 0.5-1 mm previously.
The resumption of inflation is accompanied by a slight seismicity: 22 superficial volcanic-tectonic earthquakes were recorded from 1 to 17 April, between 0 and 2 km below the summit craters, 10 of them on the one day of 14.04. Two deep earthquakes were recorded under the eastern flank of the volcano at 2-3 km below sea level. In parallel, CO2 concentrations in the soil measured on the western flank of the volcano (at the volcano house and at the level of the Plaine des Caffres) show an upward trend.