Eruptions of Poas, Fuego and Sinabung.

The eruptive activity of the Poas has increased gradually since April 20 at 8 pm ... to accumulate 31 hours of activity on April 22 at 5 am. It is characterized by an increased evaporation of the Caliente laguna and a large degassing in the area where the dome existed, accompanied by an increase in the amplitude of the tremor. During the night of 21-22, the webcams captured images of the incandescence and high temperatures of the ejected materials. Blocks and ash have continued to accumulate in the area of ​​the old dome.
On April 22nd, there was an eruptive episode at 01:16 local time, not visible on the site. During the day, the constant output of gas and ashes was made with a loud noise of depressurization. From 4:03 pm, another more lasting eruption occurred, as well as at 10:12 pm tonight.

Volcanes Sin Fronteras-This video was recorded by the Rangers of the Poas volcano, in which the constant exit of gas and ash is observed with a great noise of depressurization at the start of the new structure created by the accumulation of the rocks expelled Eruption of April 22, 2017 at 22:12, at the thermal camera RSN: it lasted 1 minute and projected incandescent fragments in the sector of the active crater and on the east walls.

Update : The explosion yesterday at 22:12 hours destroyed the accumulation of blocks and ashes at very high temperatures that it had formed during the eruptive processes that occurred between Thursday 20th and Friday 21st April.

Currently the intracratérico lake reoccupied this area, which is indicated with white dashed line in the image of the thermal camera of the RSN. Monitoring of Fuego and its neighbor, the Acatenango, shows that both are covered by snow, due to constant rainfall, and hail and snow falls recorded in the area in connection with a cold cell.
Peter Hahn, a frequent reader of the blog, shares with us recent images taken by his Guatemalan brother-in-law; We thank them. This phenomenon is not unusual, however, since archival images show us a similar situation in 1974.
The Acatenango, which culminates at nearly 4,000 meters, remains a high mountain subjected to extreme conditions ... we must remember the six hikers died of cold in January 2017 in blizzard conditions. 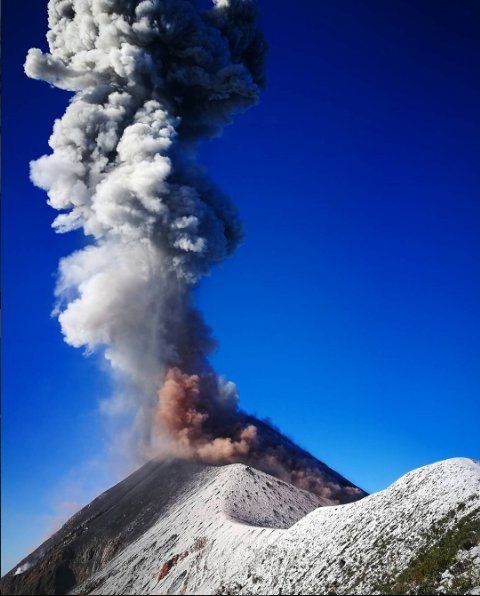 The Fuego in eruption seen from the top of the Acatenango the 22.04.2017 - Vía Vive tu Foto. - Clima Guatemala

In Fuego, weak to moderate explosions, at the rate of 4 to 5 per hour, generate plumes of ashes rising to 4,500-4,800 meters asl.,   accompanied by moderate fallout, turbine sounds lasting from 2 to 5 minutes, and shock waves causing vibrations.
During the night, incandescent pulses can be observed at 150-300 meters above the crater The state of Sinabung is summed up in a photo of Endro Lewa: growth and incandescence of the summit dome, small explosive plume and fall of blocks. 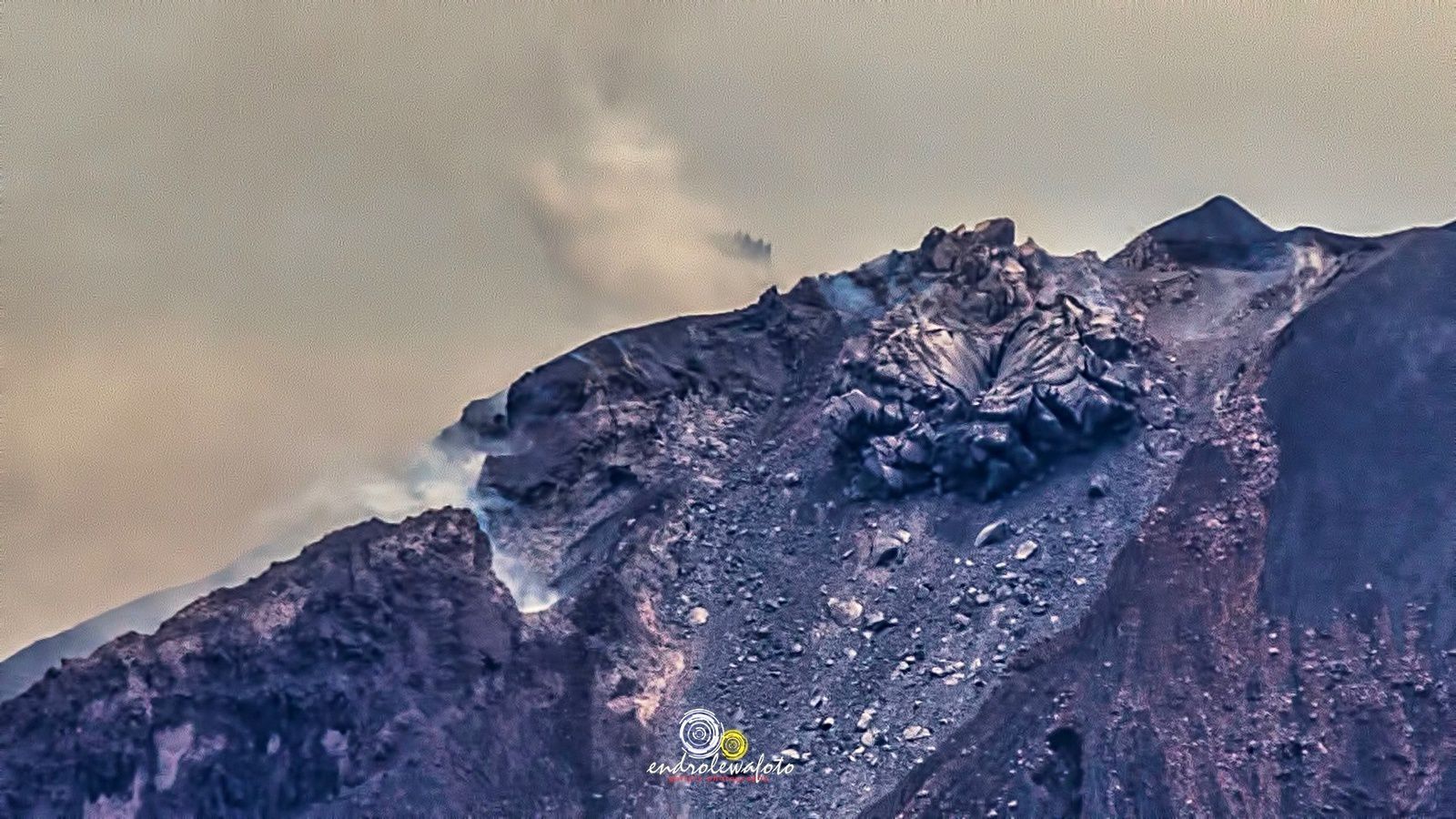 The dome of the Sinabung, where the viscous lava comes out like the toothpaste of its tube - photo 21.04.2017 Endro Lewa