News of Popocatépetl, Cleveland and Kilauea. 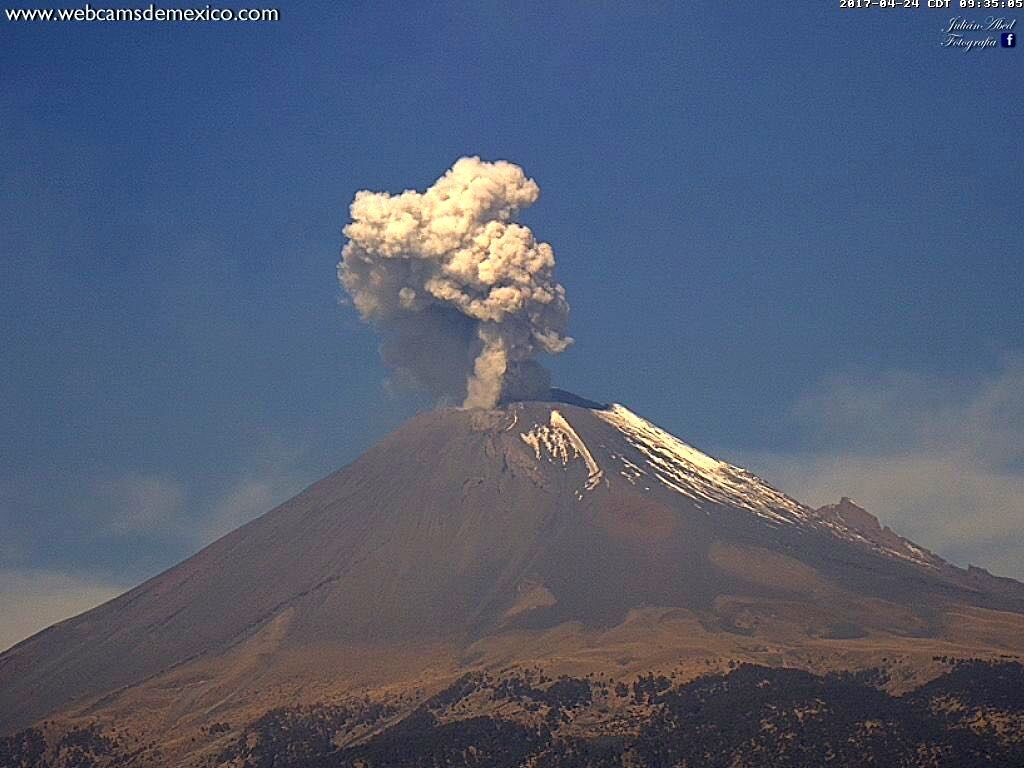 In Popocatépetl, seismicity is characterized over the past 24 hours by recording 158 low-intensity exhalations, composed of water vapor, gas and a little ash, and 110 minutes of harmonic tremor.
Twenty-five explosions were observed: the largest at 4:54, and a series of 286 minutes between 9:09 and 13:55.
Nocturnal incandescence is visible at the crater.
The level of alert remains unchanged: Amarillo fase 2. 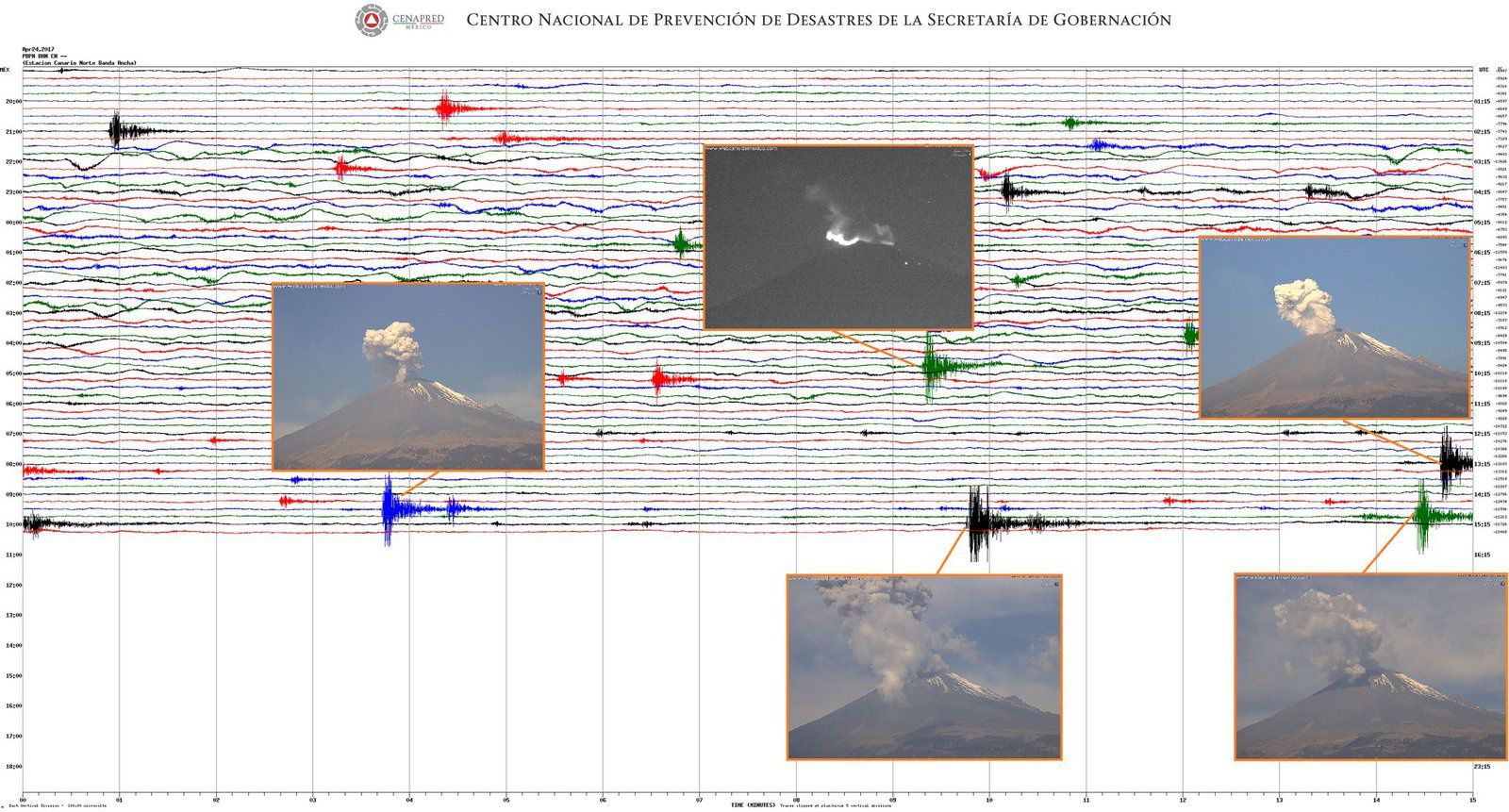 Popocatépetl - a few explosions in the morning of 24.04.2017 and their seismic trace - a click to enlarge - Doc. Cenapred

In the Aleutians volcanic arc, the aviation code of Cleveland was raised yesterday at 11:43 am local to orange, and the volcanic alert to Watch.

Satellite images show the growth of a new dome in the summit crater, and a slight rise in his surface temperature.
The growth of this dome began shortly after the last explosion of 31 March. On 15 April, the presence of a small mound, less than 10 meters in diameter, was detected by the satellites; On 23 April, its diameter increased to 45 meters. Its growth occurred without seismicity detected.
Cleveland does not have a real-time seismic detection system; Its explosive activity is detectable by seismographs and "limited" infrasound systems. 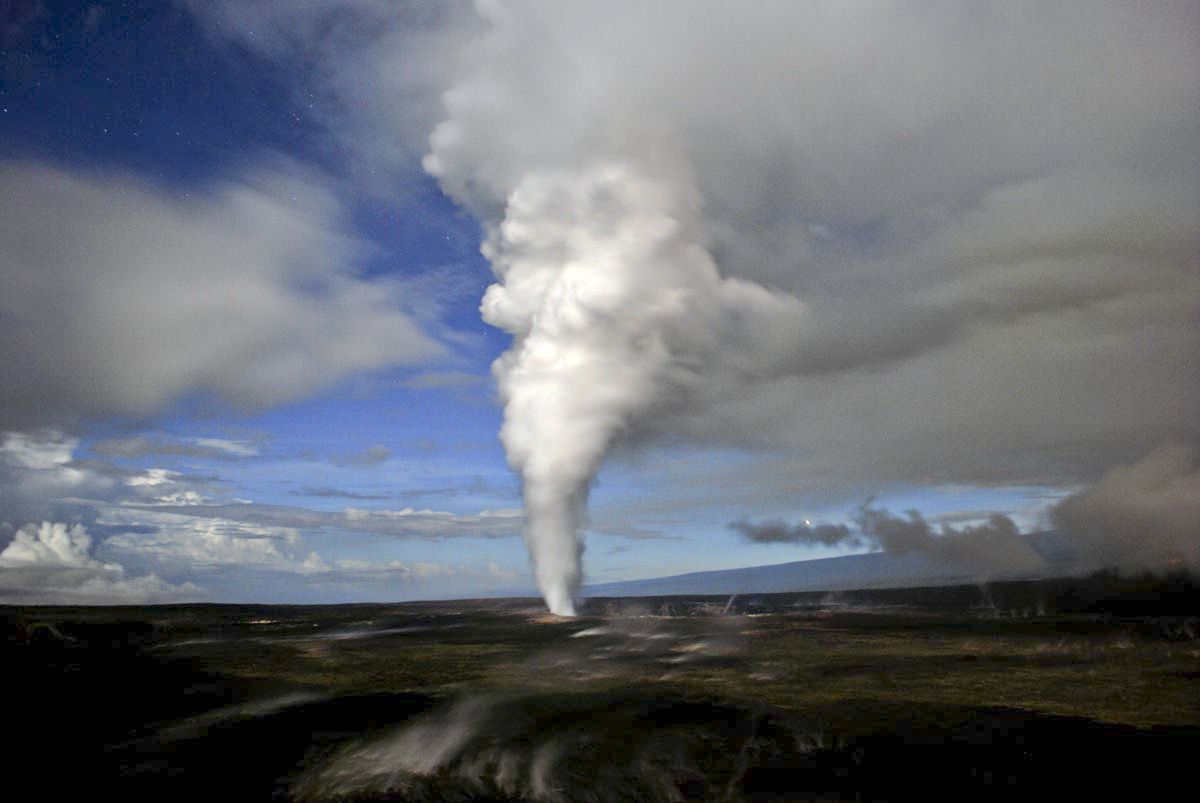 An excellent synthetic document concerning the VOG in Hawaii was issued by the USGS.
Sulfur dioxide and the various air pollutants produced by Kilauea, at the Halama'uma'u, Pu'u O'o, and sea entries at Kamokuna, react with oxygen, atmospheric moisture and solar radiation to form a volcanic smog / a VOG and acid rain, affecting human health, agriculture for the former, and causing contamination of water for the latter.