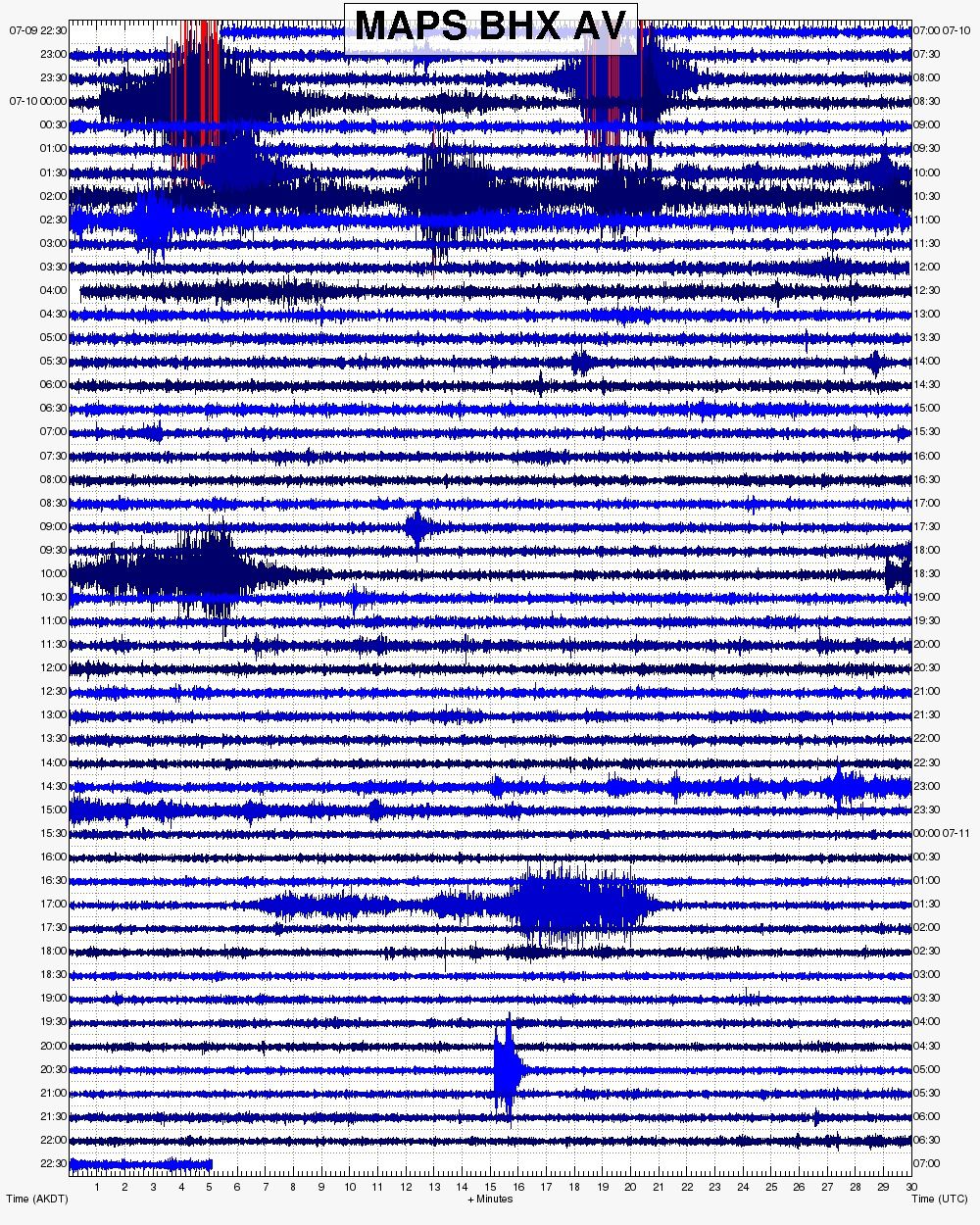 Two periods of eruptive activity marked the Bogoslof on 10 and 11 July 2017.

- The first one consists of a series of explosions that began on July 10 at 7:47 UTC and ended on 10.07 at 10:35 UTC, the AVO has passed the alerts to RED / Warning. A small cloud of ashes associated with the first episode reached 6,000 meters, and quickly dissipated in a southeasterly direction.
A rapid decline in seismicity around 11:00 UTC lowered alert levels to ORANGE / Watch.
- The second period of activity began around 6 pm UTC: seismicity and infrasound were increased for 8 minutes. No significant emissions were detected by satellite.

On July 11, at 01:06 UTC, the seismic network recorded an eruption that lasted about 15 minutes. No volcanic clouds, lightning or infrasound were detected.
Alert levels remain unchanged until data is evaluated. 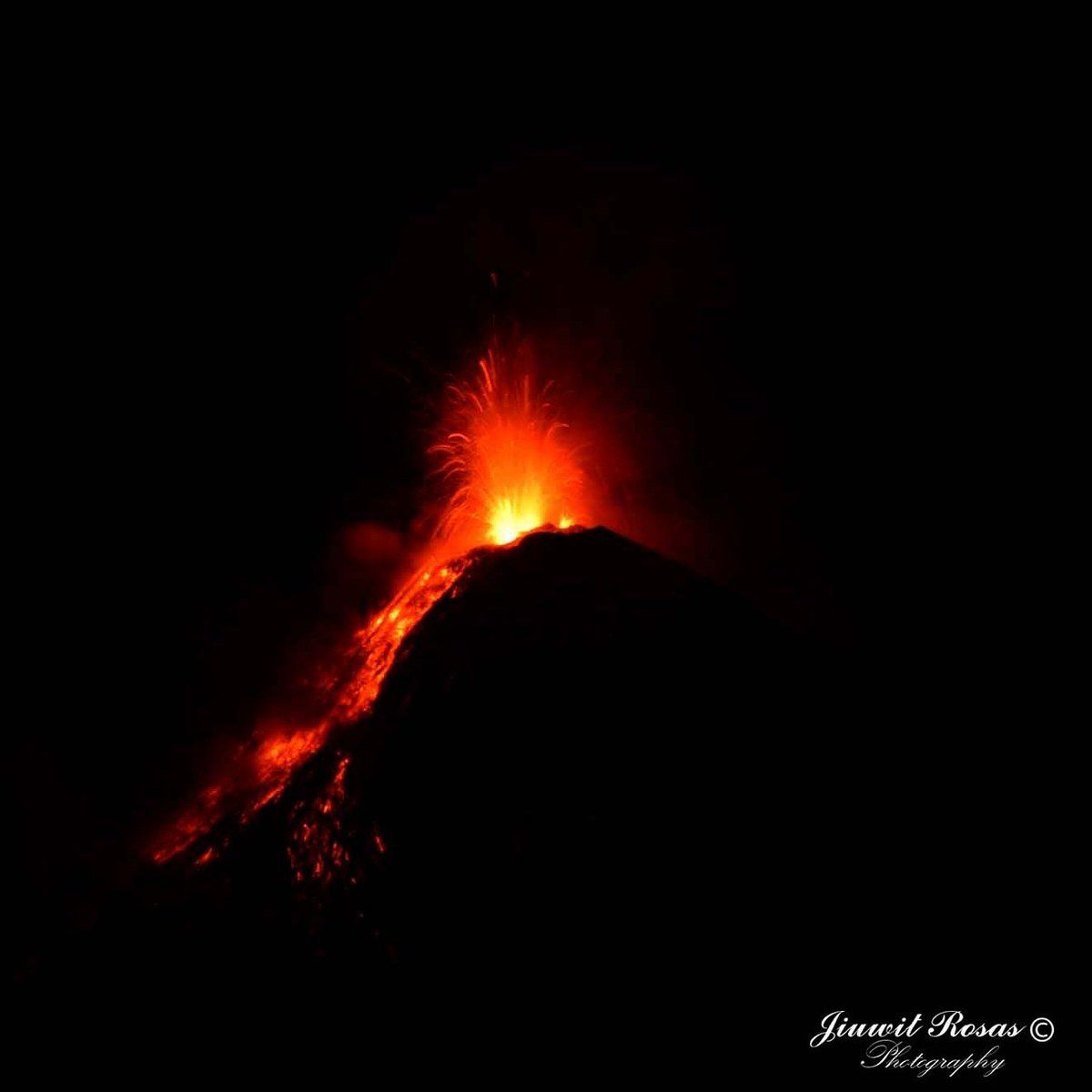 On the evening of July 10th, the Strombolian activity of the Fuego increased, feeding lava flows, one in the Las Lajas barrancas, 1900 m long, and others in barranca Seca and Santa Teresa, 1500 m long. A plume rising to 5,000 m asl then moves westward for 20 km; The ash falls affect Morelia, Panimache, Santa Sofia, El Porvenir and Sangre de Cristo.
Due to this increase in energy of the Fuego, the Insivumeh recalls the possibility of pyroclastic flows in the various barrancas. In Chile, the Villarica and Copahue volcanoes show activity.

On 9 July late in the evening and on 10 July in the morning, POVI reported an active lava well at the Villarica and a visible incandescence between full moon and snowy summit. The Copahue, in alert Amarilla, has a constant low-magnitude tremor, increasing punctually since June 28, associated with a gas exit of the crater El Agrio, and small explosions accounted for ash emissions. At the end of June, seismicity was dominated by volcano-tectonic earthquakes, related to the fragmentation of materials, and LP earthquakes associated with fluid dynamics. 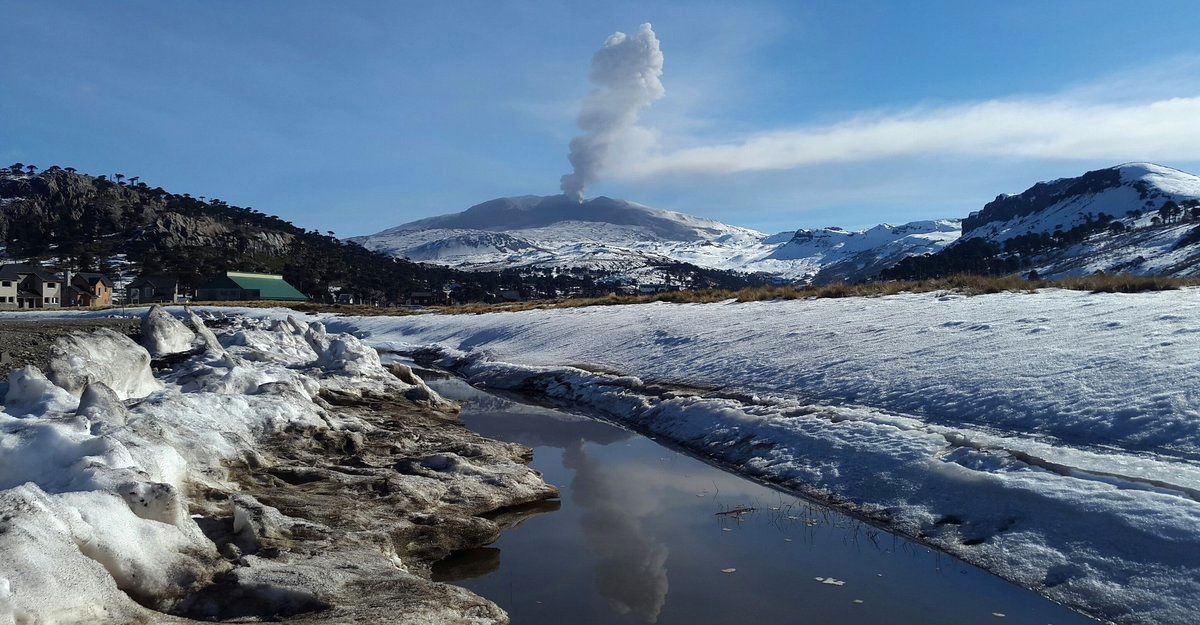