Activity of Poas, Sabancaya, Villarica and lahars at Santiaguito and Fuego. 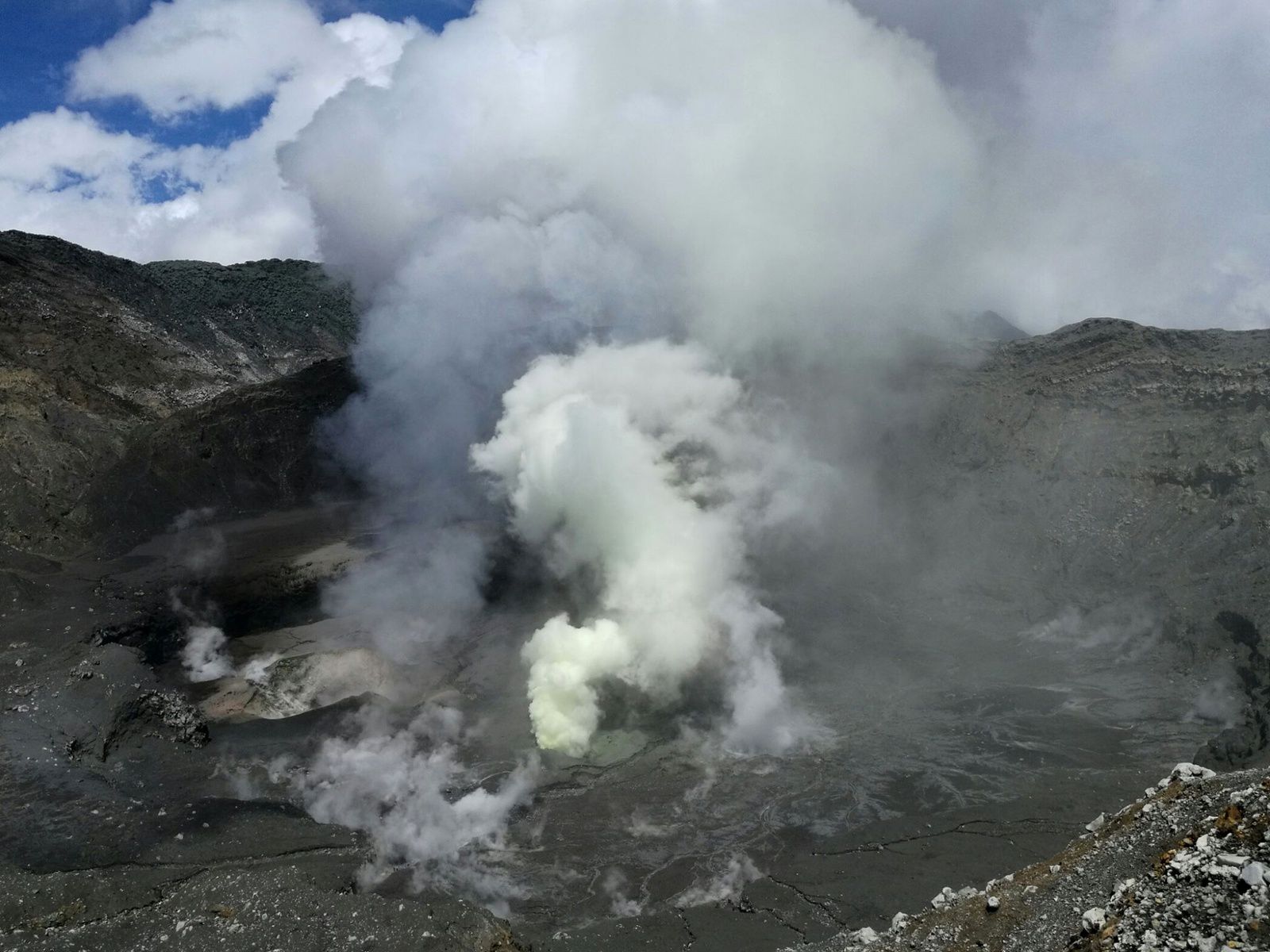 In Poas, the observatory records an abundant degassing from two active mouths, as well as gas emissions throughout the crater floor. The plumes rise vertically between 200 and 600 meters above the floor of the crater, and then are scattered grazingly by the prevailing winds from west to south. A strong odor of sulfur is seen in Cantón Central, Grecia, Zarcero, Naranjo. También en Heredia, Barva and San Rafael.
This activity resulted in a small eruption on 6 July at 15:45 local time, accompanied by a plume 400 meters above the crater. In Sabancaya, despite announcements by the OVI-Ingemmet of a slowdown in activity of the volcano, thermal images record explosions and the emission of large quantities of ash. 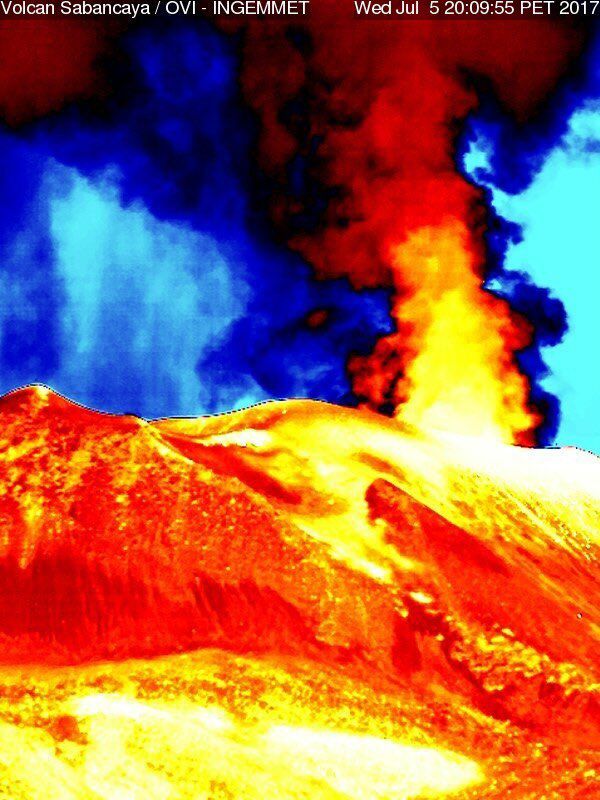 Villarica's monthly activity is marked by a noticeable increase during a field visit on 5 June. Lava spatters and dark ash deposits can be seen on the chimney and on the edge of the crater covering by snow.
The magnitude 5.1 earthquake of June 23 disrupted Villarica's dynamics: on the summary seismograph (bottom right), the red line marking the mean amplitude of the seismic noise slowly descends until it reaches its minimum level in the hours before the earthquake; It rises again after June 23, to recover its usual level. At the same time, during the night of 23-24 June, the cameras recorded a marked increase in the intensity of the incandescence of the lava well.
On 1 July in the morning, the vigor of the strombolian explosions increased, with the expulsion of spatters 60 meters above the summit around 7:10 local. The inclement weather in Guatemala has spawned lahars at the Santiaguito and Fuego.
In the Santiaguito, the lahar concerns the Rio Cabello de Angel, a tributary of the Rio Nima I; It is 30 meters wide, 1 meter high, and carries a lot of fine and pasty materials as well as blocks of 50 cm to 1 meters in diameter.
Concerning the Fuego, the drainage concerned is the barranca Santa Teresa and the Rio Mineral; It is a hot lahar, generating steam and carrying fine sediments, trees and blocks of one to three meters. Traffic is disrupted locally.