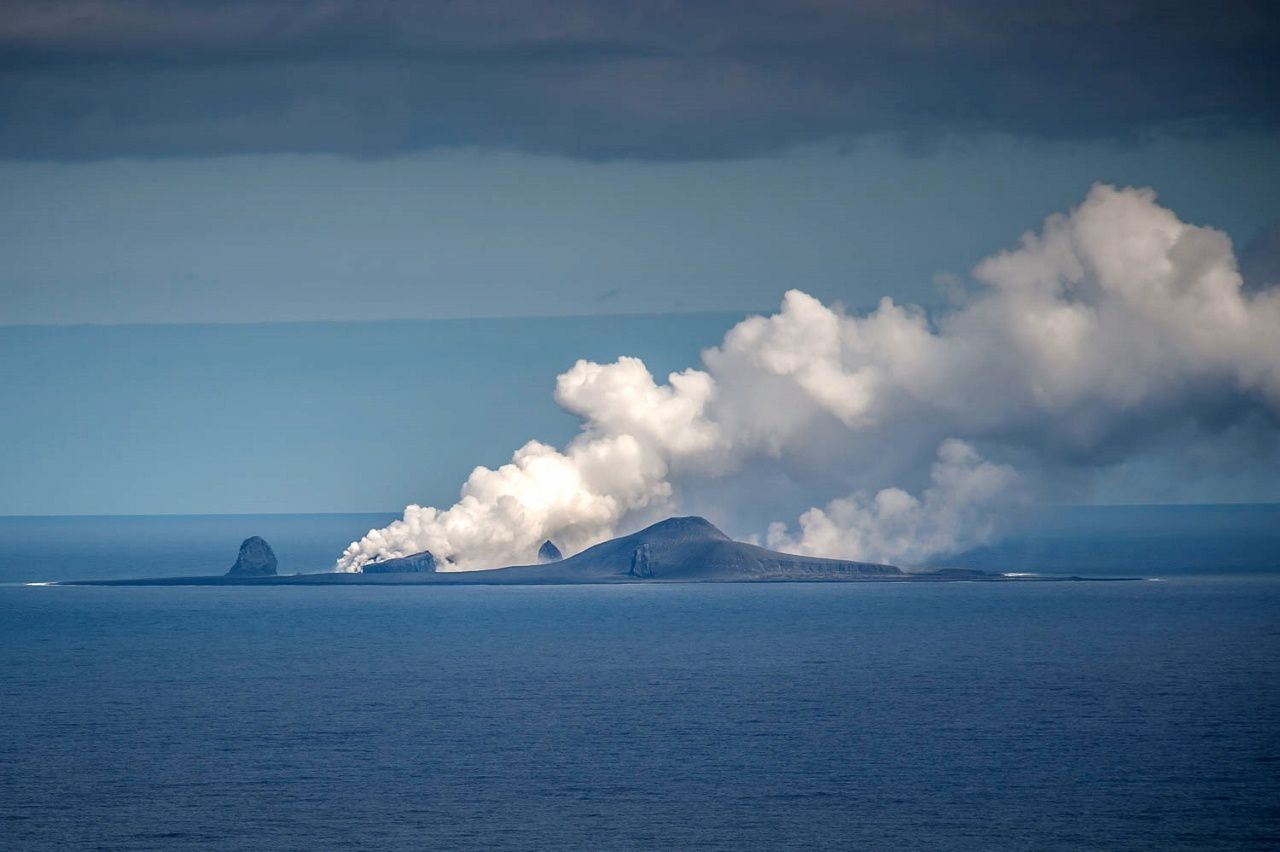 After the explosion of August 27 at 15:08 AKDT, the Bogoslof has two explosive eruptions this 28 August, the first at 03:23 AKDT which lasted over 25 minutes, but was accompanied only by a small cloud that drifted towards ESE.
Another episode took place at 11:17 am AKDT and produced a small ash cloud which reached 7500-9000 meters asl before dissipating on the North Pacific. The Sinabung has already experienced three explosions today on August 29, respectively at 7:29 am, 9:32 am and 10:14 am local time. 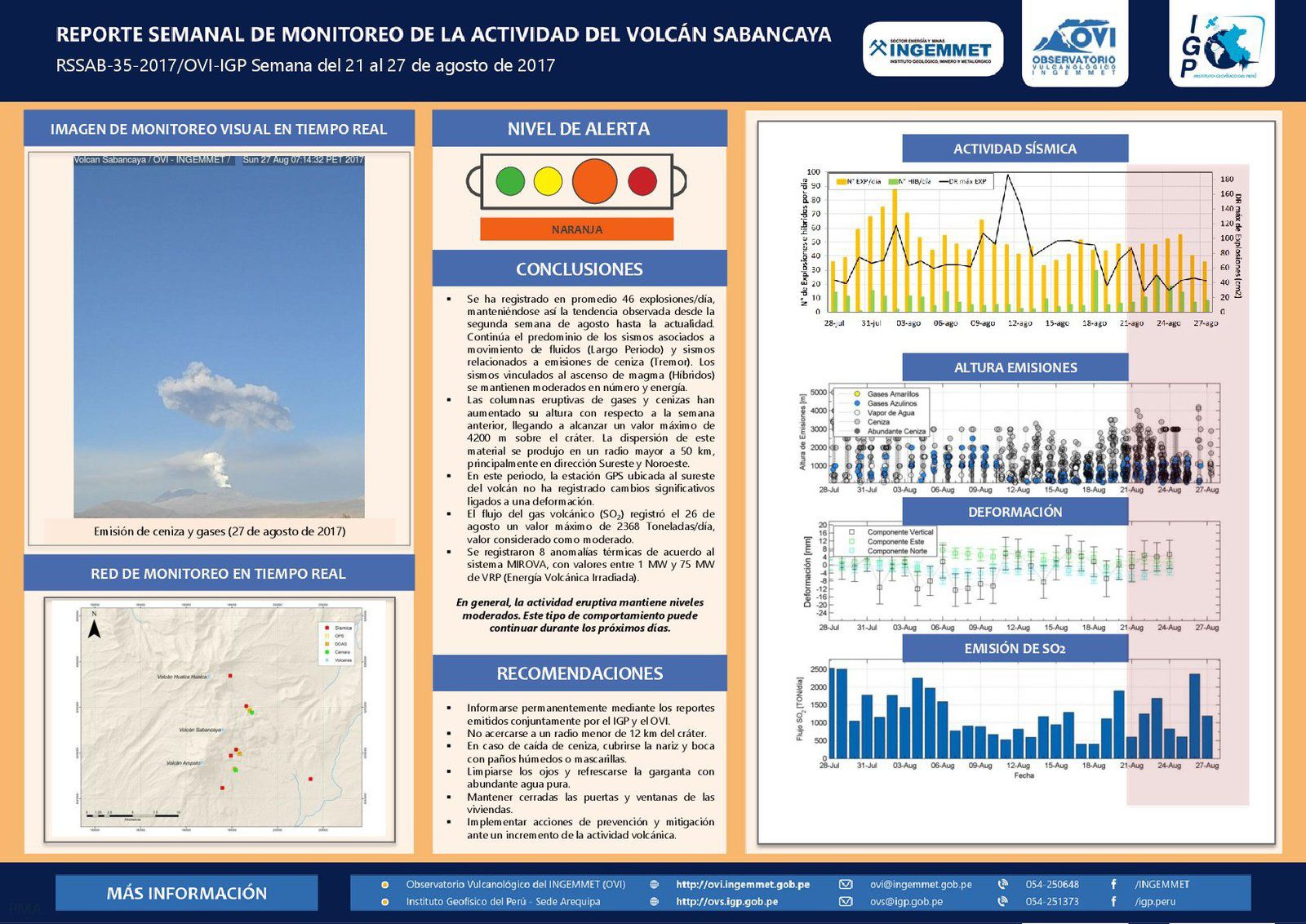 In Sabancaya, the activity of the week is marked mainly by LP earthquakes, associated with the movements of fluids, and tremor of emission. Hybrid earthquakes, linked to the ascent of magma, remain moderate.
The average number of explosions is 46 per day and the flow of SO2 remains moderate, with a maximum of 2,368 tons / day.
The thermal anomaly observed by Mirova oscillates between 1 and 75 MW.
The height of the plumes emitted is higher than the previous week and reaches up to 4,200 m. over the crater, traveling more than 50 km to SE and NO. Piton de La Fournaise - Evolution of the RSAM (volcanic tremor and eruption intensity indicator) between 00h00 (20h UTC) on 14th July and 15h00 (11h00 UTC) on August 27th on the seismic station of RVL, located on The southern flank of the volcano. (OVPF / IPGP)

Under these conditions, the Prefect of La Reunion decided to move into the safeguarding phase of the specific device ORSEC of the Volcano of the piton de La Fournaise, from 17:00 on Monday, August 28, 2017.
Despite the end of activity from the geo-physical point of view and the stopping of the feed (end of the tremor, vibration associated with the passage of magma and the gases it contains), no hypothesis is excluded as to of the situation, a rash is likely in the days and hours ahead.
Consequently, the prohibition of access to the upper part of the Enclos and the placing of aircraft in the area of ​​the volcano shall remain in force until further notice.