The 8th eruption 2017 of the Fuego is announced this morning 20.08.2017 / 00h40 local by the Insivumeh.
The OVFGO reported constant and moderate explosions, accompanied by shock waves and locomotive noises, causing ash plumes reaching 5,000 meters asl, then traveling 10 km in a westerly and south-westerly direction.
Two lava fountains, rising to a height of 200 meters above the crater, feed two lava flows, the first towards the barranca Cenizas, about 1,000 meters long and the second towards the Santa Teresa barranca, 400 meters long.
Moderate avalanches are observed around the crater. According to the different parameters and the observation, this activity is for the moment of strombolian type.
The falls of ashes are reported on Panimache I, Morella, Santa Sofia, El Porvenir and Sangre de Cristo The week at Bogoslof : ... always unstable and in orange aviation alert level, after a seismicity marked on 14.08 by two short pulses of tremor and a series of small earthquakes on 15.08, it returned to the basal level in the afternoon of the 16 .
No activity was detected during the week, and an overflight on August 15 showed that the area of ​​the vent, dried up during the August 7 eruption, was filled with water.
The AVO reports that an activity can resume at any time, explosive or effusive. 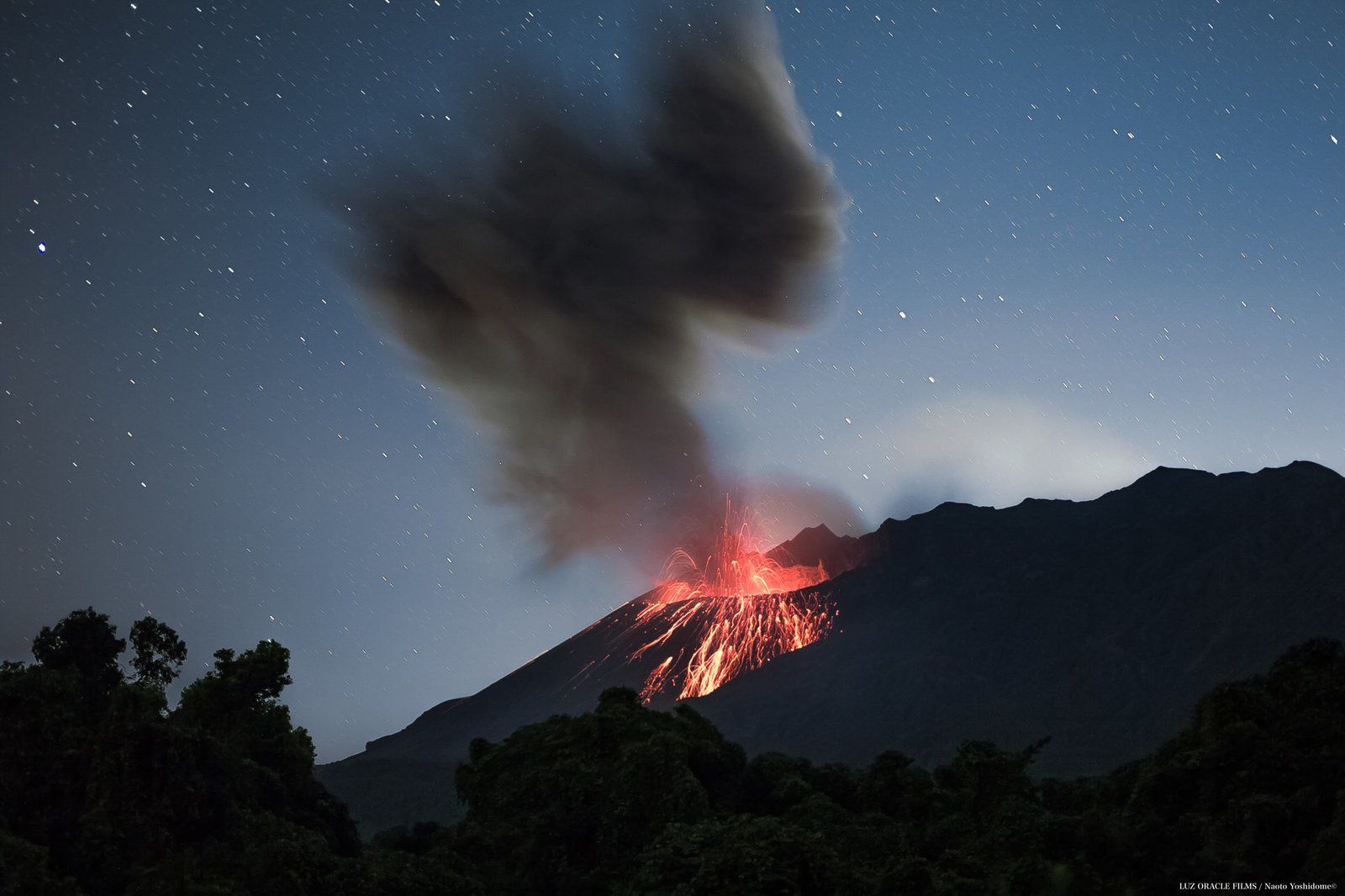 At Piton de La Fournaise, the OVPF reported, on 20 August at 3 pm local time, the halt of the oscillations of the tremor since the previous day around 6 pm UTC, to stabilize at a level qualified as very low.
No volcano-tectonic earthquake was recorded under the summit craters during yesterday's day.
The slight inflation (swelling) of the entire terminal cone of the volcano since the beginning of August (<1 cm since the beginning of the eruption) seems to disappear. This trend will remain to be confirmed in the coming days. Piton de La Fournaise - Evolution of the RSAM (volcanic and erosion intensity indicator) between 00:00 (20h UTC) on 14th July and 15h00 (11h00 UTC) on August 20th on the seismic station of RVL, located on The southern flank of the volcano. (OVPF / IPGP)