Art on the roads of fire: La Réunion 2017 and the gouzous.

Without really looking for them, my stay in Reunion in 2017 allowed me to see many of these little sympathetic guys, out of the imagination of Jace.
"They have landed a weekend from another planet, and never returned home. Small character without race or gender, I think they have fun on Earth" ... as the artist says. Saint Louis / The test pile of the new bridge on the Saint Etienne River, saved from demolition and decorated by Jace, commissioned by the Regional Council. - photo © JM. Mestdagh / June 2017

Squatting often unlikely places, where it is impossible to stop to "draw the portrait", as on the road of the Tamarins, we find happily in more accessible places ...
Drawn on the principle of the clear line, without feet or hands, these little characters, yellow mustard with the big ovoid head, brighten the corners more remote.

On the road to the volcanoes, you sometimes have to go to the Pas de Bellecombe to meet him ... or meet one by chance at the Tremblet. 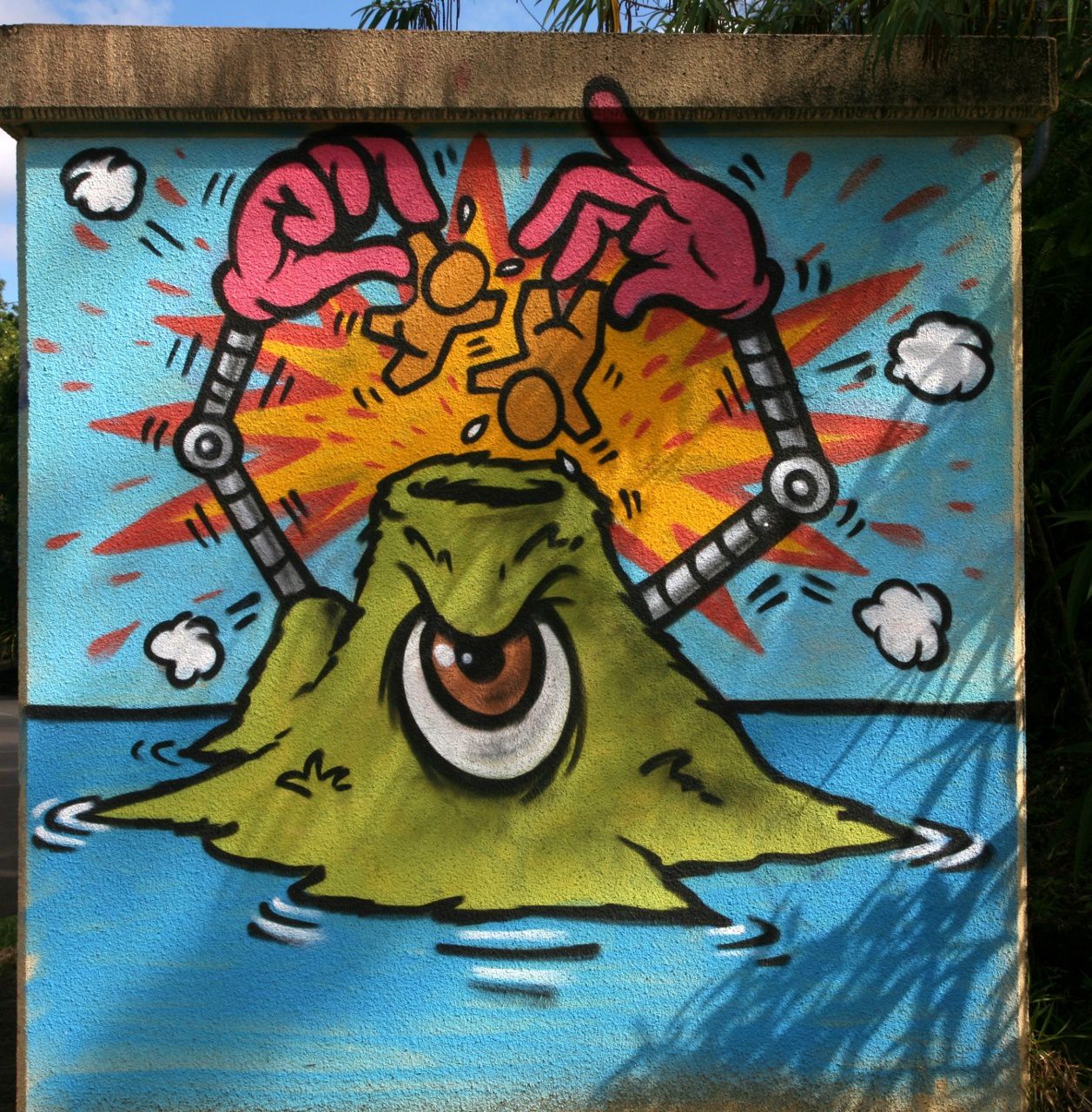 Is the divine bottle the key to fly to some paradise? - photo © Bernard Duyck / June 2017 - somewhat degraded, on the wall of a brewery in Cilaos An alternative to the Roundup, favorable to bees ... sow flowers! - photo © Bernard Duyck / June 2017 - on the wall of a brewery in Cilaos.