The Paleo circus des Marsouins has been filled, 150,000 years ago, by flows of the Piton des Neiges and lateral cones such as the Piton de Bébour, which will give it its flat bottom.
After the end of volcanism, about 20,000 years ago, erosion began. It is done in a differentiated way according to the more or less hard nature of the soil; The heart of lava flows slows down erosion and forms jumps at the origin of waterfalls and ponds.
The parent rocks are close to the surface. The basement is young, the forest cover dense, and the climate cool and damp. Soils are thin, rich in organic matter and waterlogged, classified as andisols. The forests of Bébour and Bélouve completely cover this site. Tropical primary, humid forests, they are characterized by an exceptional biodiversity. Nature is luxuriant ... There are cryptomeria and tree ferns, locally called "fanjan". 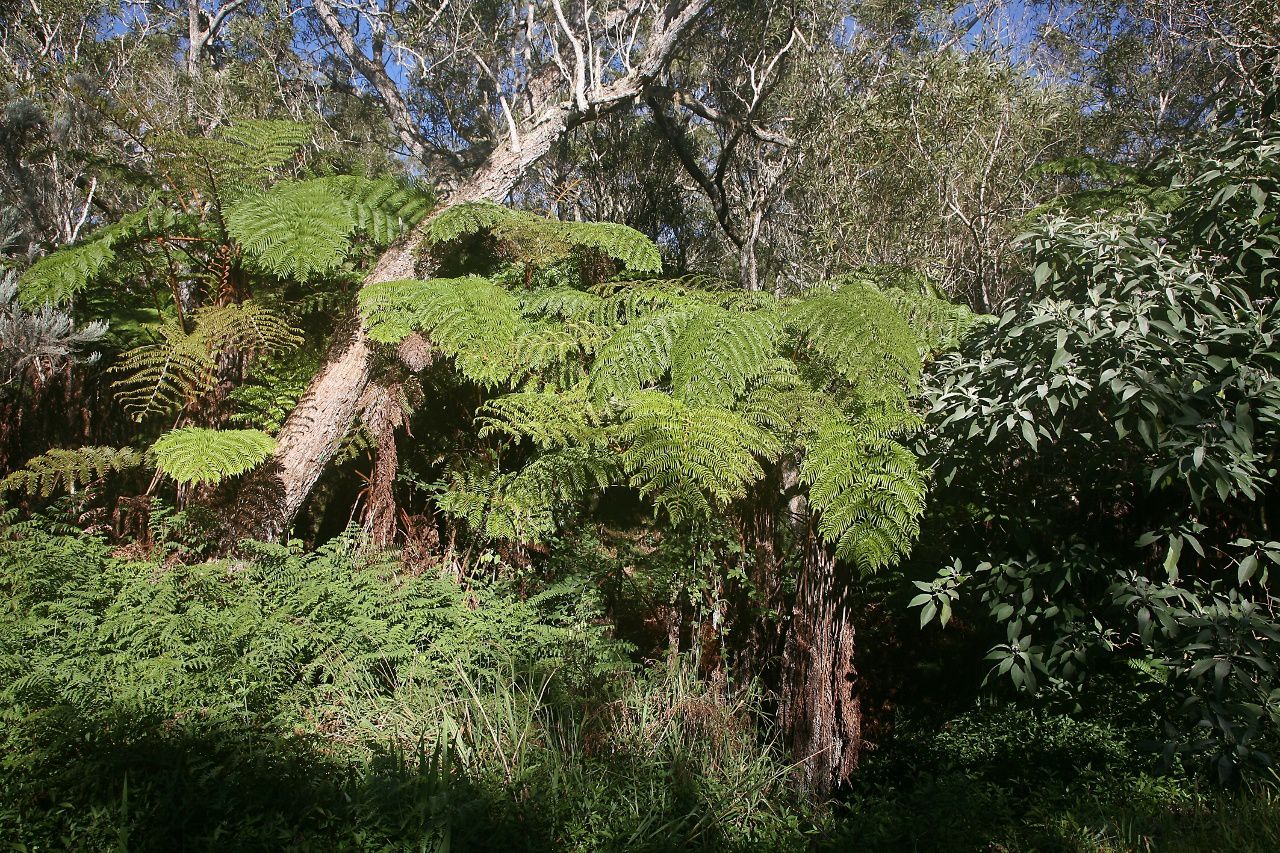 The Takamaka valley, on the trajectory of the trade winds of the Indian Ocean, is one of the most watered places in the world ... there falls on average 6 to 7 meters of water per year. This exceptional rainfall continues to favor erosion, but also fuels two hydroelectric dams.
This intensive watering did not escape the local artist Jace, who illustrates it in his way "gouzous". 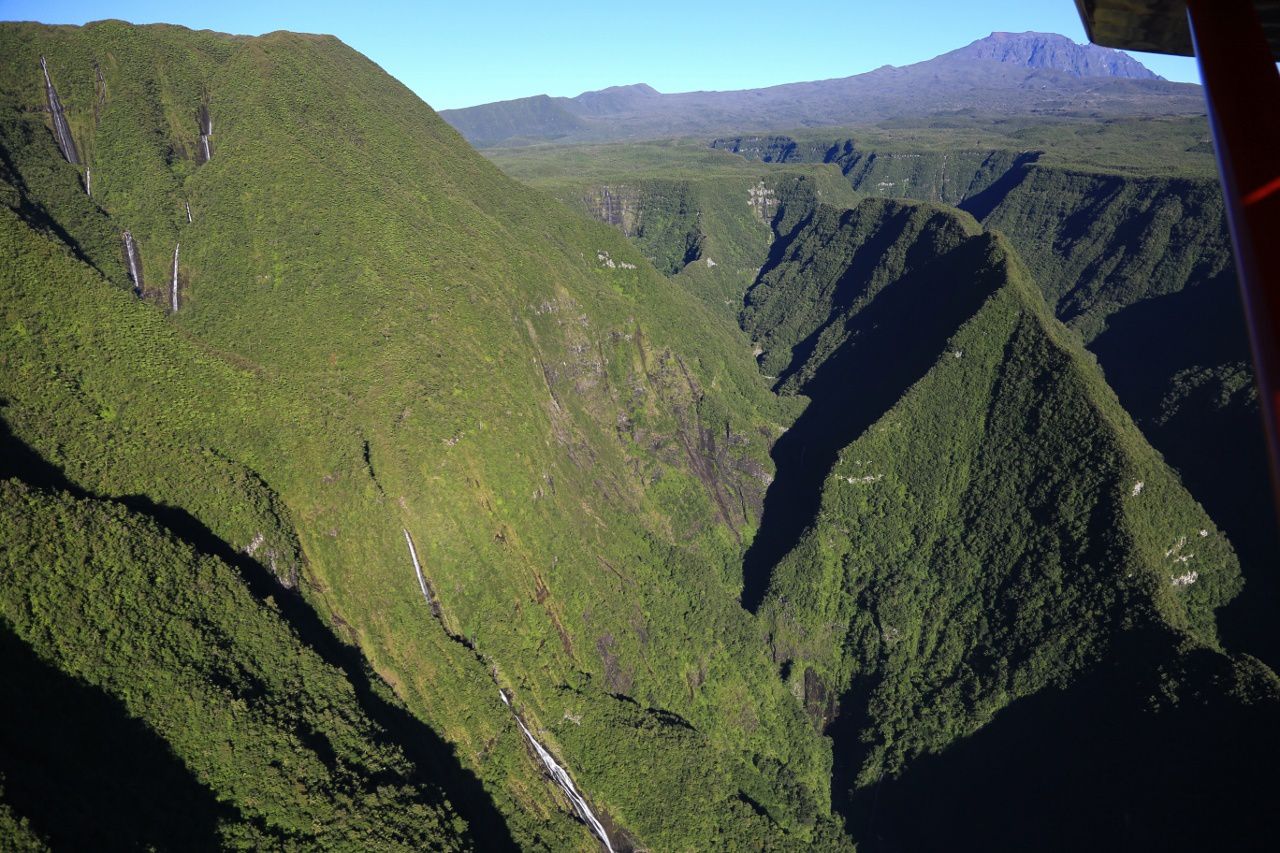 The rainfall of Réunion, illustrated by Jace and his "gouzous" - photo © Bernard Duyck / June 2017

Grand Etang makes a sort of transition between the Piton des Neiges massif and that of Piton de La Fournaise.
Located at 525 meters, it is the only lake of volcanic origin of altitude, and the largest of the island: 1,000 meters on 500 in the rainy season. A V-shaped valley, dug by the waters ten thousand years ago, was blocked, 4000 years ago by an eruption of the Piton de La Fournaise. The erosion of the surrounding terrain has provided materials that give it a flat bottom.
Its level is very variable, because it is fed by rain and runoff's waters.