News from Bogoslof, Ambrym and Poas

On 30 August, the Vanuatu Geohazards depertment recorded "drastic changes" in the activity of Ambrym volcanoes, raising the alert level to 3.
This increase in activity can lead to a minor eruption, or decrease to a lower level of instability. As a result, it is recommended to stay at least two kilometers from the Benbow crater and three kilometers from the Marum crater including the Maben-Mbwelesu, Niri-Mbwelesu and Mbwelesu craters, to avoid projectiles, gases, ash and other geothermal hazards .
Hazard zones A & B (see map) are closed In an interview with the newspaper La Nacion, Dr. Raul Mora Amador said that on August 27 he discovered several cracks joining the three mouths that he could observe at the bottom of the crater of Poas. One of the cracks extends over 150 meters and a depth of 10 to 15 meters; There are other smaller ones.

Three cavities / mouths are visible: the main, located in place of the old dome, emits ashes, rocks and water vapor. The second, located in place of the Laguna Caliente, constantly emits sulfur. The third, of recent emergence, leaves only steam ... but according to the volcanologist, depending on its location, it should become another focus of sulfur expulsion. 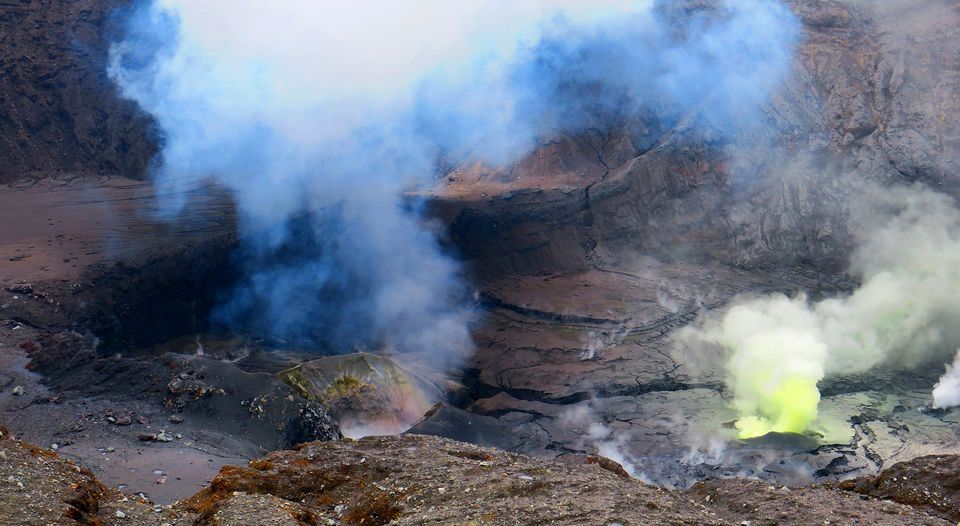 He points out also an enormous amount of stones accumulated to the east of the crater, where are the viewpoint, the visitor center and the trail to laguna Botos.

Areas of vegetation have entirely burned, evidence of pyroclastic flows. He describes trees and branches broken by rocks, as if cut by knives, others crushed by a surge of high speed. The fact that the eastern zone is the most affected indicates that the main duct is slightly inclined in this direction.

He predicts a continuation of the activity with expulsions for a long time; The previous period of activity occurred between 1953 and 1955, followed by a period of occasional eruptions. It recalls that laguna Caliente was formed until 1967.