The tenth eruption of the year 2017 began at Fuego, this 27.09.2017, confirmed by an increase in the seismicity reflected by the RSAM, and the presence of tremor generated by the ascension of the magma.
Permanent explosions are accompanied by an ash plume rising to 4,800 meters asl, before moving 30 km west and northwest, and 30 meters high lava fountains which feed two lava flows in the Barranca Seca and Las Lajas, respectively 600 and 500 meters long, at the time of the report of the Insivumeh this 27.09.2017 / 4:30 local.
Falling ashes are reported on La soledad, Pastores, San Miguel duenas and Antigua Guatemala. On September 28, the lava fountains are reported about 300 meters above the crater and casting in the Barraca Seca at a length of 800 meters, at 12:30 local.
An important lahar is observed in the community of Sacatepéquez.

This tenth episode was short, since the Insivumeh reported its end in its 9 pm bulletin on 28 September: explosions were described as weak to moderate, incandescence was pulsating, and lava flows were only 300 meters of long, called to disappear in the hours that follow. Since two days, gas and steam emissions have become routine. The PVMBG reports a visible fracture in the crater, from which emit these emissions, based on satellite images ... according to Devi Kemil, the existence of this fracture shows that movements of the magma continue towards the surface. 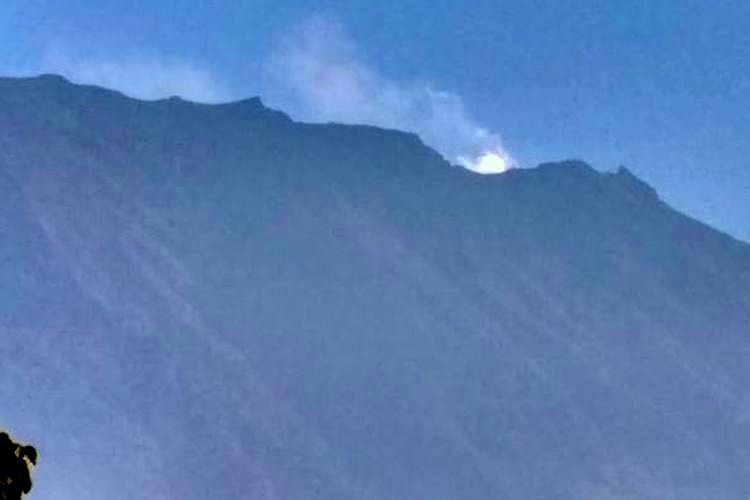 On Ambae, while the evacuations continue, the NZDF / New Zealand Defense Force reports a large plume of gases, ashes and volcanic rocks emanating from the Lombenben crater following an aerial observation.
A video circulating also showing images of this plume taken by a group of locals wanting to check for themselves the state of the current eruption. 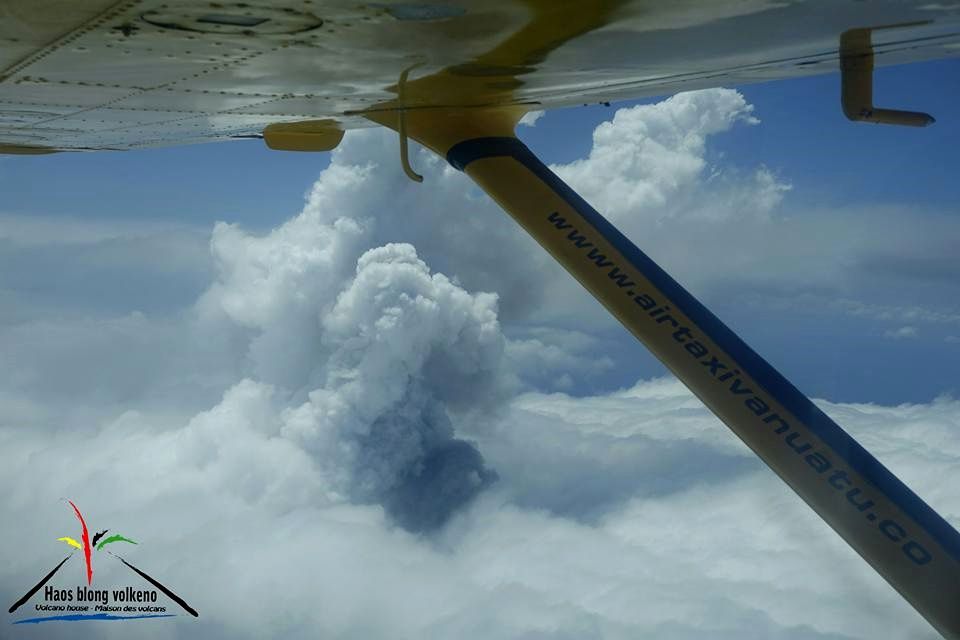 Also in Vanuatu, Lopevi, on alert level 2, shows a state of major instability. The Vanuatu Hazards Observatory remembers not to approach the crater due to possible impacts and gas emissions, valid advice for the villages of the Paama and Epi islands and for possible visitors. In Turrialba, the Ovsicori reported ash emissions on 28 September at 5.30, 8.25 and 15.23, accompanied by plumes rising 700-800 meters above the crater and then dispersing towards the west-southwest.
An odor of sulfur is perceived in Pacayas.