Ambae's volcanic alert level was increased from 2 to 3 by the Vanuatu Meteorology and Geohazardsdepartment on 6 September at 19:33 local time.

The risk zone includes areas of ​​3 km of rayo around the volcano, and those exposed to winds, due to possible exposure to volcanic gases, ash falls and acid rain.
No information on the type of activity in the alert bulletin.

Source: AMBAE VOLCANO ALERT BULLETIN No 9 issued by the Vanuatu Meteorology and Geohazards Department (VMGD) on 6th September 2017 at 7:33 PM. 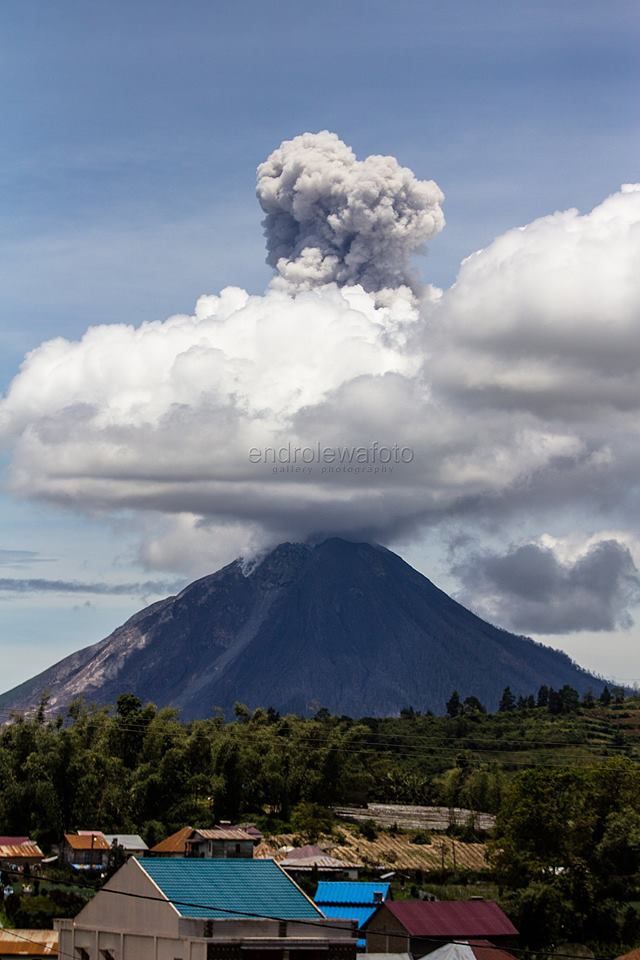 Sinabung activity has continued in recent days.
A first eruption is reported this morning September 8 at 6:13.
The last activity dated from 10:32 local and lasted over 309 seconds. The plume of ashes reached 5.460 meters asl., drifting west and southwest. Seismic activity is characterized by deep volcanic earthquakes, low frequency and hybrid earthquakes. 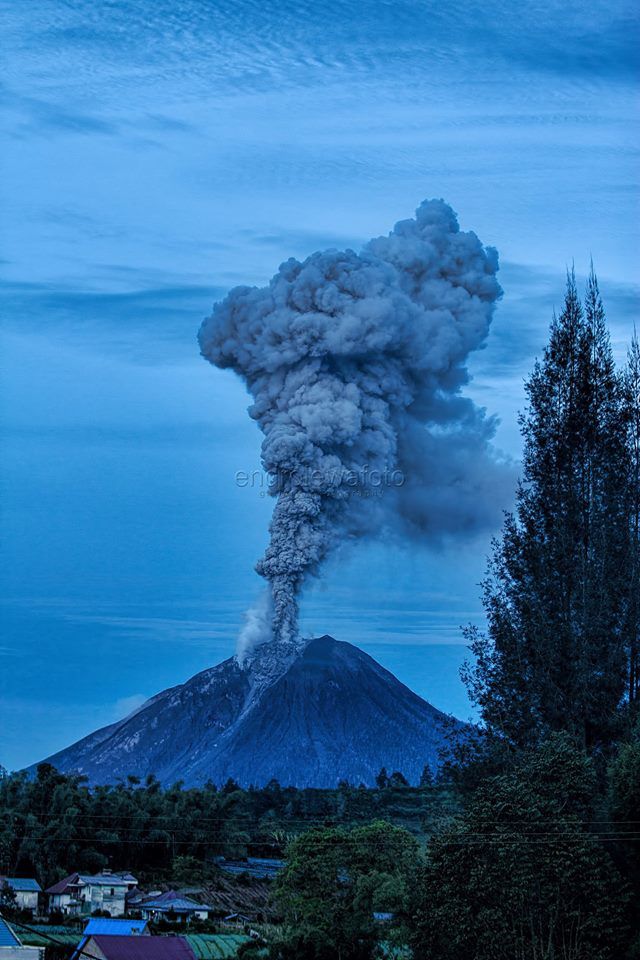 Taking into account the elements transmitted by the Piton de la Fournaise volcanological observatory (OVPF), supplemented by a field reconnaissance carried out on 4 September 2017 by the services (OVPF, the national forestry office, the geological and mining research platoon of gendarmerie of high mountain, and staff of zone and civil protection of the Indian Ocean) and in view of the residual risks resulting from the last eruption, the prefect of Reunion decided to return to the phase of VIGILANCE of the device Specific ORSEC of the Volcano of the piton de La Fournaise "possible eruption or presence of risks on the sector" from Friday 8 September 2017 at 8:00. 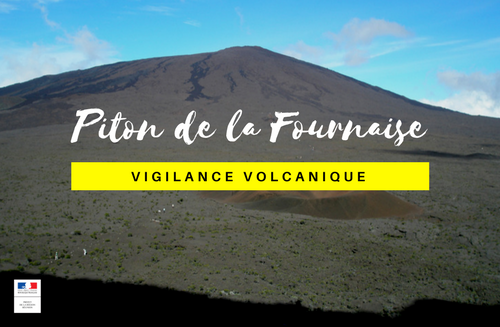 Restriction of access to the public in the enclosure area of ​​Piton de la Fournaise
By-law No. 1870 of 7 September 2017, which comes into force on 8 September 2017 at 8.00 am, regulates public access under the following conditions:
Access to the upper part of the enclosure remains strictly limited to the following two marked trails:
- Pas de Bellecombe - Formica Léo - Rosemont Chapel - Sentier Rivals- Crater Caubet
- Pas de Bellecombe - Formica Léo -Chapelle Rosemont - access to the observation site of the crater Dolomieu (access by the North of the crater)
- The Kapor trails to Piton Kapor and the Caubet crater to the Belvedere on the castle are forbidden.
The public is prohibited from engaging beyond the provisional limits that are materialized on the RIVALS trail.

The installation of aircraft remains regulated by article L363-1 of the environment code as well as by the decree of 06/05/1995 relating to the aerodromes and other sites used by the helicopters.

The Prefect of La Réunion calls on hikers to be extremely vigilant on the Piton de la Fournaise massif due to the presence of uncooled and unstabilised flows in the prohibited zones, presenting a high risk of degassing harmful to the health. Security markup is non-existent or interrupted beyond authorized limits, greatly increasing the risk of getting lost. He also recalled that the volcano is a natural environment, subject to very rapid and sometimes violent weather changes. Recommendations for mountain safety apply in particular. 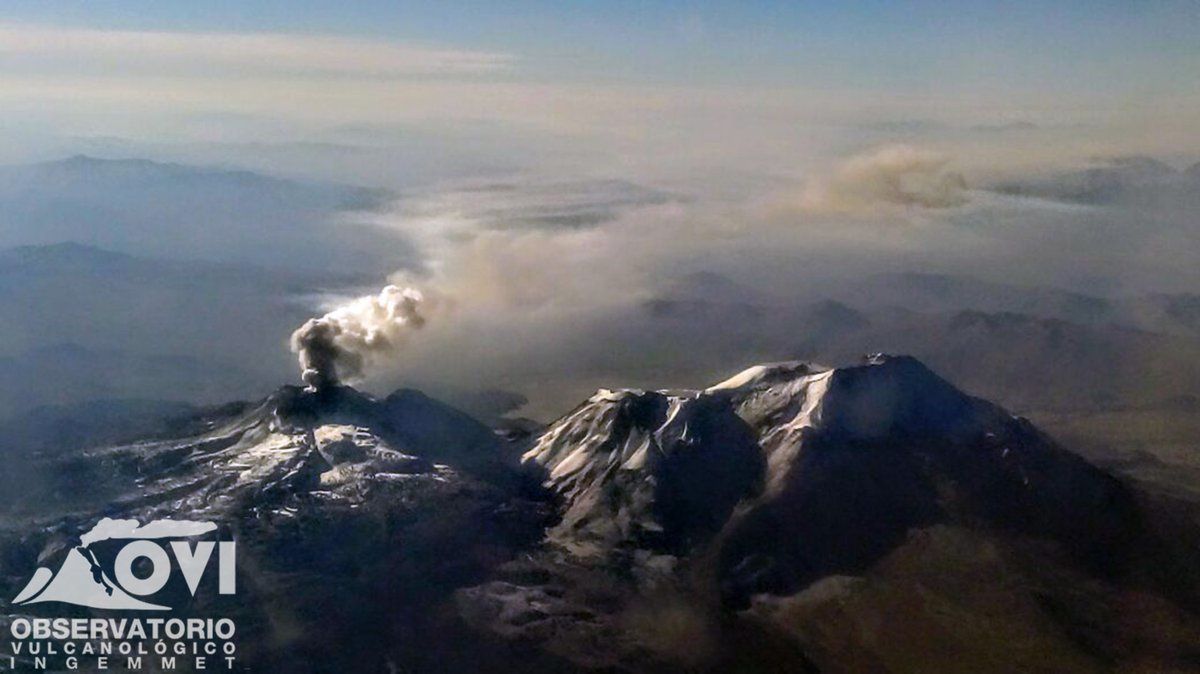 A team from the OVI-Ingemmet took a superb picture of the Sabancaya on a flight to Arequipa, which differs from the usual point of view accessible on the webcams.