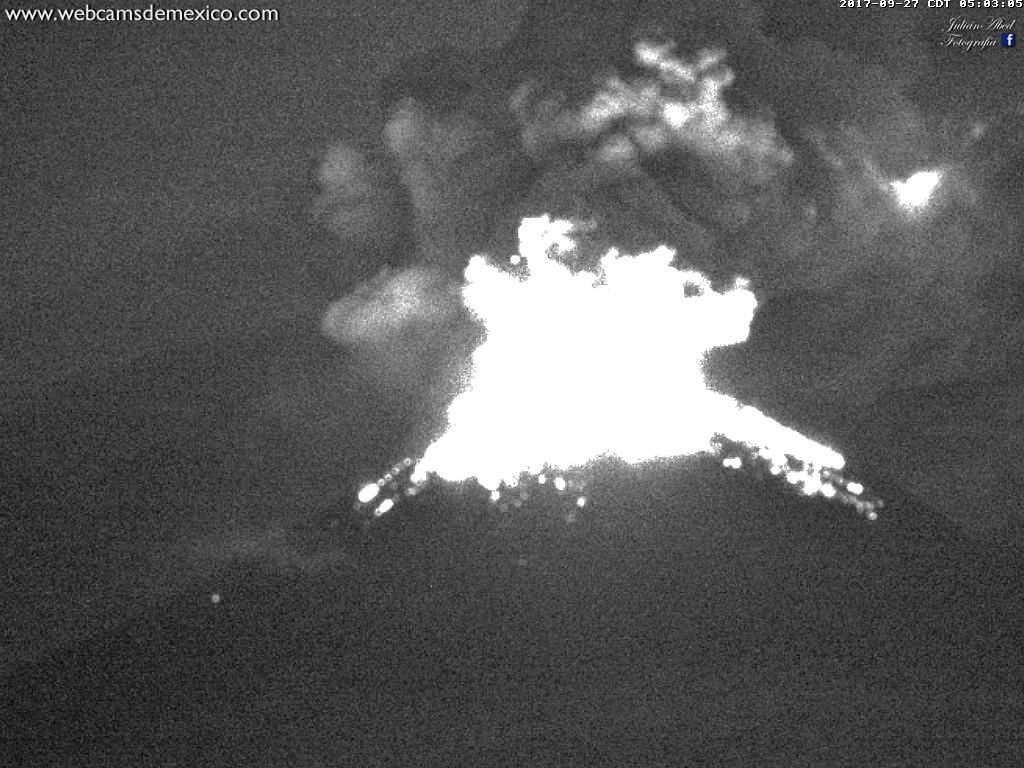 Strombolian activity marked Popocatépetl on 27 September from 3:15 am and continued for 6 hours 16 minutes.

It was accompanied by tremor and emission of incandescent fragments falling in the crater and on the flanks up to 1,000 meters of distance; a plume of ash ash from 1,000 to 1,500 meters was observed.
Ash falls are reported on an WSW area, on the states of Mexico City and Morelos.
The Cenapred said that this activity remains within the parameters of the Amarillo fase 2 alert, unchanged, and is not directly related to the 7.1 magnitude earthquake of 19 September.
In the last 24 hours, identification of 25 low-intensity exhalations and two volcano-tectonic earthquakes, the last at 2:33 magnitude 1.8. 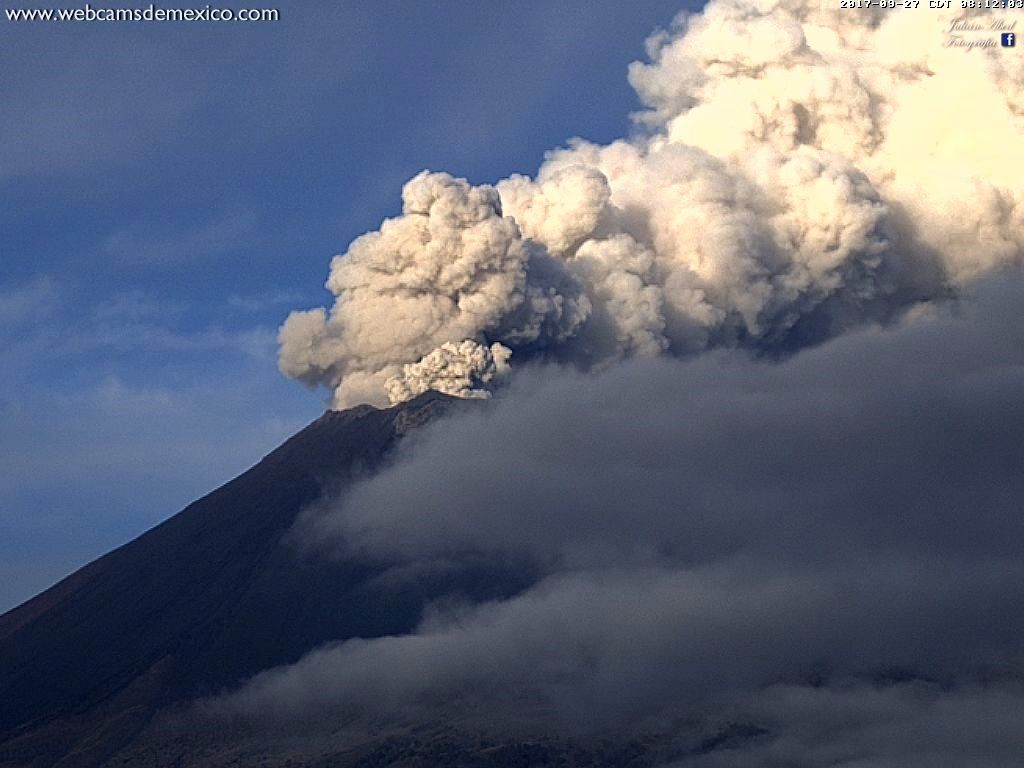 Many dogs have been abandoned, without water or food, sometimes attached; they are searched and collected by volunteers from the Bali Animal Welfare Association / BAWA, forced to return for this action in the red zone.
Five sirens were installed to give early warning in case of eruption, On Ambae, the activity of the Lombenben remains strong, and under surveillance of the Vanuatu Geohazards Observatory, and observations of the New Zealand authorities,
A picture of the Sentinel 2 / SWIR satellite reports the visible incandescence in the lake's cone. Sinabung activity remains high, with on September 27th at least three eruptive episodes, accompanied by plumes of ash rising between 2,000 and 3,00 meters, interspersed with emission of a thick white degassing at 50-100 meters above the summit.

The dam on the River Laborus remains potentially dangerous, which can be the cause of lahar in case of rupture.