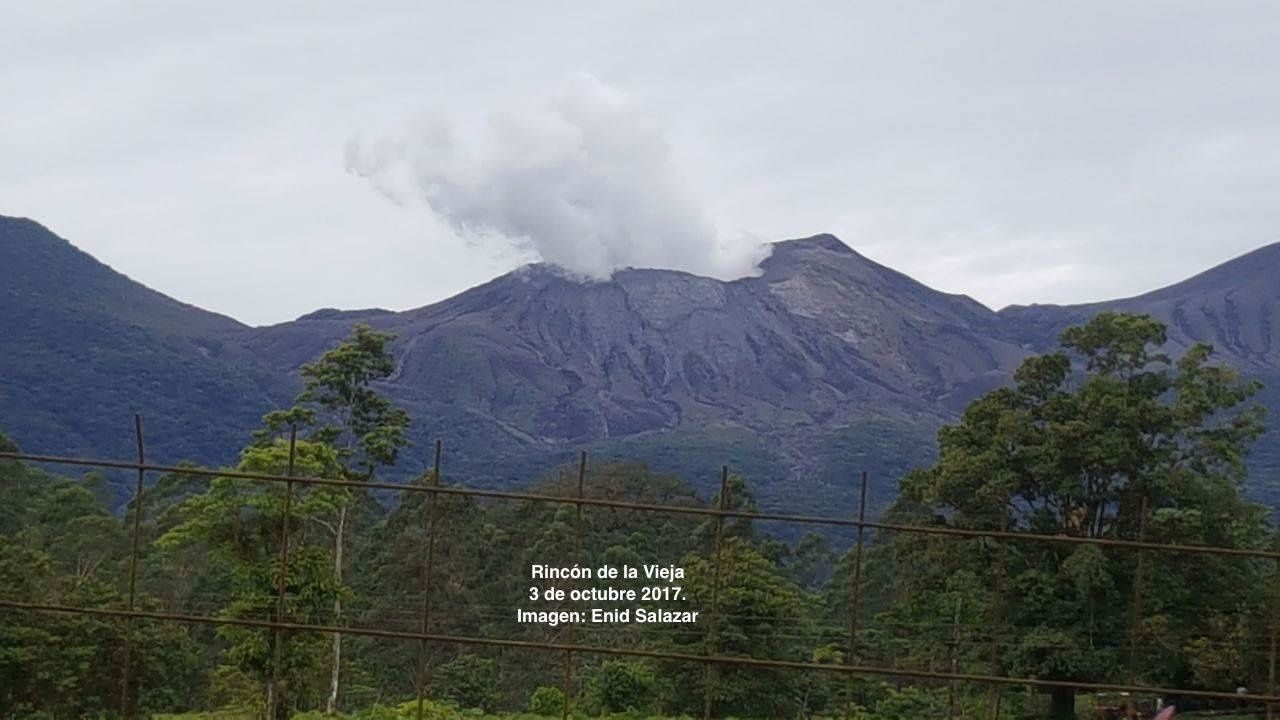 On 3 October 2017, the Costa Rican observatories recorded two phreatic-type eruptions at the Rincon de La Vieja, at 8:48 and 14:45 local time respectively.
The first was accompanied by a white plume rising 700 meters above the crater, the second, stronger, emitted an eruptive column 1500 meters high above the crater and caused small lahars on the upper slopes of the volcano ,
The latter resembles to the eruption of 29 September, and since then the Rincon de la Vieja maintains a high hydrothermal activity and numerous fluids movements. The Turrialba also appeared, with a small eruption on 3 October at 7 am local, accompanied by a plume rising 500 meters above the crater. Over the past few hours, the Fuego has been the site of a series of explosions at the rate of 10-12 / hour, expelling plumes of ashes between 4,400 and 5,000 meters asl., scattered about twenty kilometers to the east and north-east.
Depending on the direction of the wind and the power of the eruptions, there are reported ash falls on Antigua Guatemala, Alotenango, Villa Nueva, San Miguel Petapa and a possibility of falling on the capital Guatemala City. Pacaya activity is also on the rise, with weak to moderate explosions, expelling materials 40-80 meters above the Mackeney cone crater. This new cycle of activity is likely to result in larger explosions and new lava flows towards the 2010 collapse zone. The Agung surmounted by a small plume of gas and steam this 04.10.2017 - photo Hakon Gustavsen via oystein Andersen