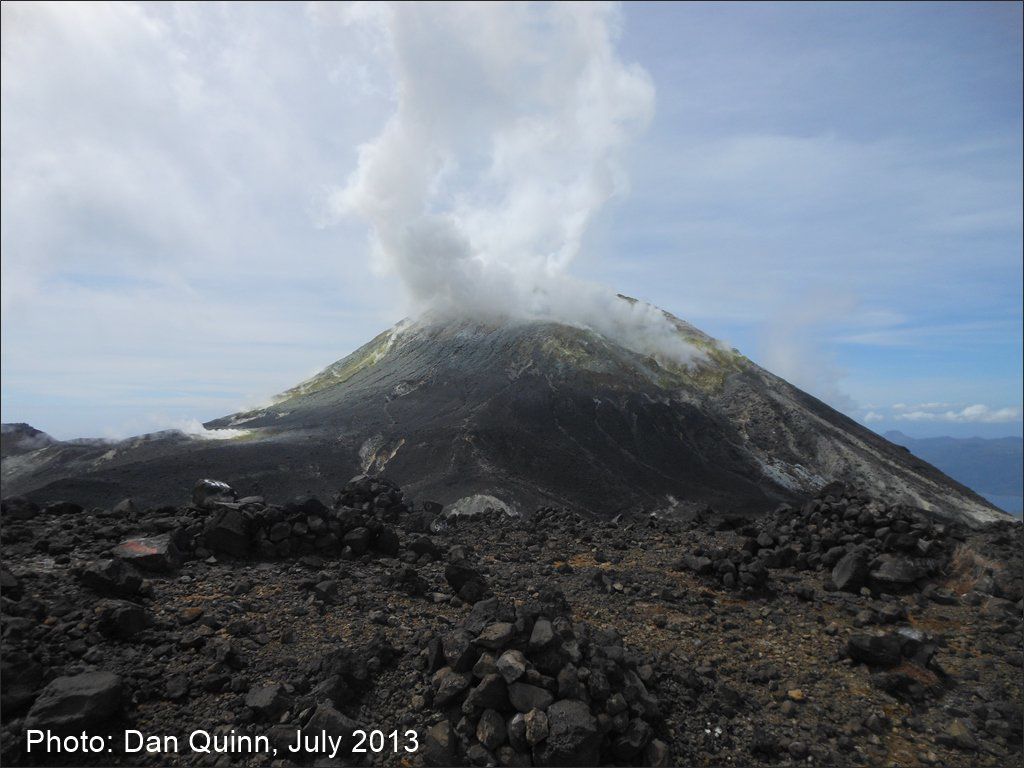 The VSI raised the Lewotolo's alert level from 1 / normal to 2 / alert, and established a danger zone of 2 km radius around the volcano.
This stratovolcano is located on an elongated peninsula connected to the island Lembata, in the sea of ​​Flores,
Since early August 2017, a seismic swarm has been recorded, in connection with degassing; at the end of September, the seismicity changed of register, and between 1 and 6 October, there were recorded non harmonic tremor, hybrid earthquakes, superficial and deep volcanic earthquakes and some local tectonic earthquakes. 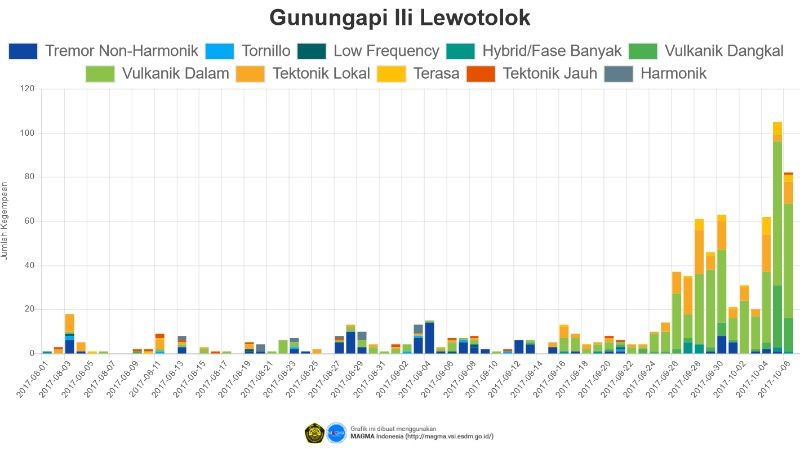 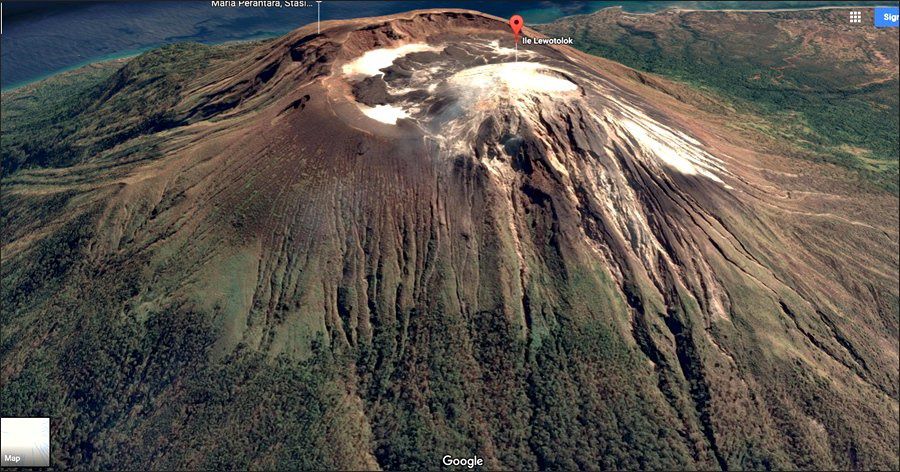 The last eruption of the Lewotolo, of VEI 1, dates back to 2 - 14 January 2012 (GVP). The active cone is located atop a crater about 900 meters wide, occupying a southeastern area. At the Agung, there is still no eruption.

On October 9, the steam plume reached only 200 meters in height, against 1,500 meters on October 7 at 8:30 pm local time.
Seismicity consists on 9 October, from 0h to 6h local, of 117 deep VA volcanic earthquakes, 70 shallow volcanic earthquakes VB, and 9 local tectonic earthquakes,
Some hotels try to reassure the tourists present by posting a notice of "safe zone" ... see the poster below. 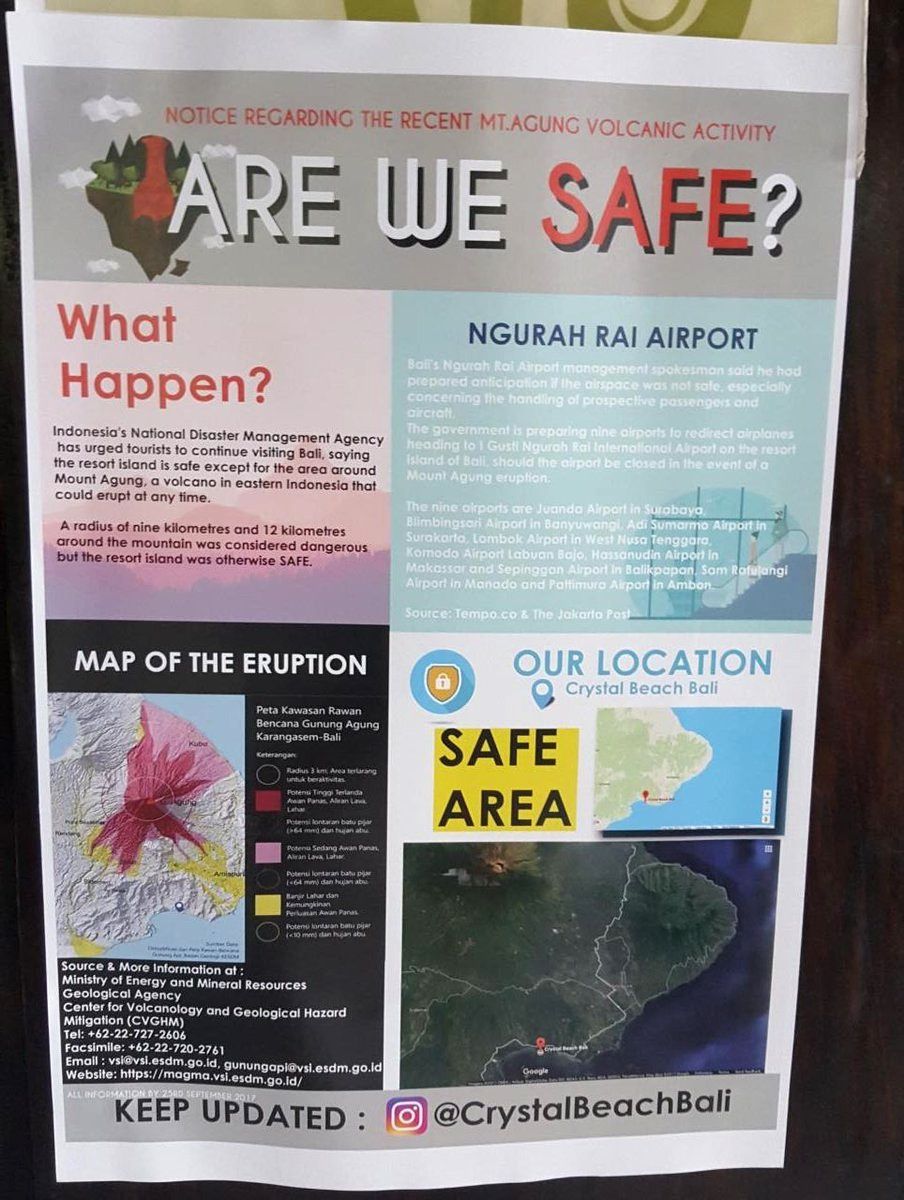 In Vanuatu, Lopevi remains on alert level 2 and shows signs of disturbance. Observation surveys, carried out on 30.09, and 1 °, 3 and 6 October, show that activity is localized to the active crater located below the summit crater, and consists solely of volcanic and steam emissions. On the archipelago of the Canary Islands, the island of La Palma records a seismic swarm on 8 October, located by the Spanish ING at a depth of 23 to 33 km under the Cumbre Vieja zone.
To be continued ...