News of Sheveluch, Nevados of Chillan, Shimnoedake, Sinabung and Bogoslof An explosion marked the Sheveluch this October 10 at 11:30 pm; it was accompanied by a plume of ashes rising between 8,000 and 10,000 meters in height before drifting towards the northwest.
As the winds changed, the ash cloud was spotted a few hours later 180 km to the north. The KVERT reported on 12 October, a plume of ashes resuspended from the Sheveluch area drifting about 200 km to the southeast of the volcano.
The explosive-extrusive eruption continues with the risk of explosions of ash that can emit a plume between 10 and 15 km in height, justifying maintaining the aviation alert to orange, The Nevados de Chillan complex was the seat on October 11, 2017 from 8:43 local (11:43 GMT) of a series of pulsatile emissions of gas and particles associated with low-energy explosions; between 8:43 and 11 local, we have counted six explosions, accompanied by a plume of a max height, of 1,000 meters, on the webcams.
The dispersal took place towards the south-west of the volcano.
The technical warning remained at amarillo, the seismicity having regained its previous level after these explosions. At Shinmoedake - Kirishima, James Reynolds, on site, described yesterday an eruption richer in ash and vigorous emissions from the crater with a jet noise; this noise then ceased to be replaced by noises of rocky debris. 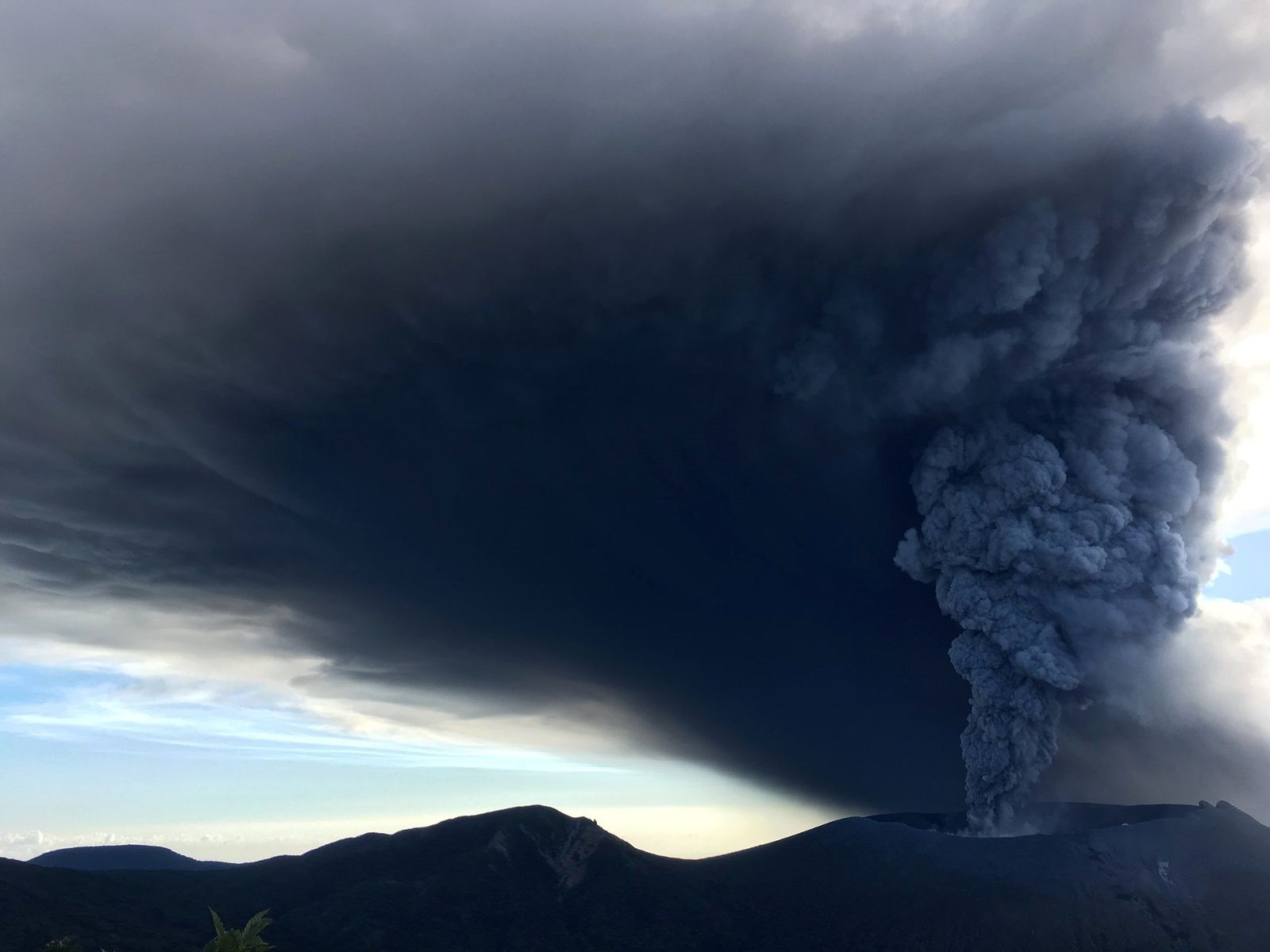 Shinmoedake-Kirishima - the plume of ash and other sources of fumaroles in the crater - 12.10.2017 photo J.Reynolds - EarthUncutTV

In Sinabung, an eruption was reported by various observers on October 22, accompanied by a plume of ash rising to 1,500 meters before drifting to the ESE. A satellite photo of the Bogoslof, always unpredictable and in yellow aviation alert, shows the enlargement of the volcano island since the beginning of the eruption.