News of the Mayon and the Reventador In the Philippines, Mayon Volcano remains on alert level 1 / abnormal conditions - low level instability - no imminent eruption.
According to Ed Lagerta, volcanologist at Phivolcs, the parameters for an abnormal state include volcanic earthquakes, harmonic tremor, gas emissions, volcano inflation, crater glow.
Since October 28, 57 volcanic earthquakes have been recorded: 32 Saturday, 12 Sunday and 13 this Monday. A moderate steam plume has been observed over the past 24 hours, while sulfur dioxide emissions have been measured at an average of 441 tonnes / day in the past three days. The inflationary trend of the volcano is continuous, under the control of GPS and tlitmeters.
Although a magmatic eruption is not imminent, the Phivolcs recalls that the zone of permanent danger remains of 6 km of radius, because of the danger of falls of rocks, landslide or avalanches in the upper and middle slopes, of risks Sudden eruptions of ash, or phreatic type.
The last eruption of Mayon dates from 2014; since then, a lava dome has settled in the summit crater. At the Reventador / Ecuador, the eruptive activity remains important, characterized by continuous emissions loaded with ashes, whose plumes exceed 600 meters above the crater.
On October 29, ash falls are reported on the areas of San Luis, San Carlos and Salado in the province of Napo, corner El Chaco.
The seismicity of 29.10 includes 13 episodes of emission tremor, 47 LP earthquakes and 23 explosions. As a bonus, some nice pictures ... aerial and from ISS. 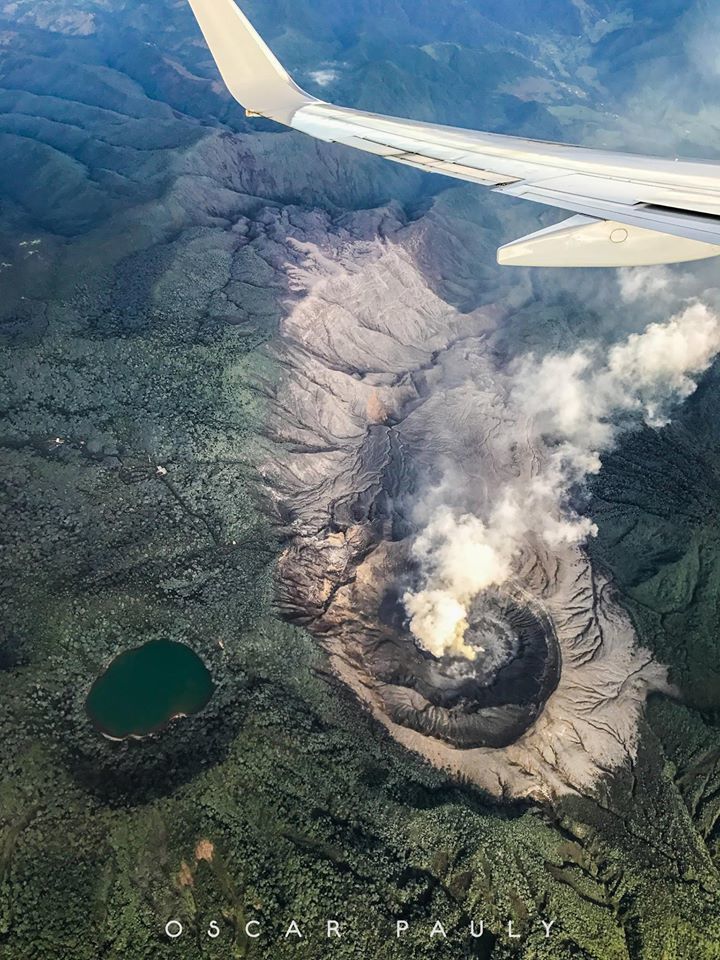 Poas - The active crater, its zone sterilized by gases, and the Laguna Botos - photo october 2017 Oscar Pauly via VSF