The volcanic archipelago of Revillagigedo - the eruption of the Bárcena on San Benedicto. 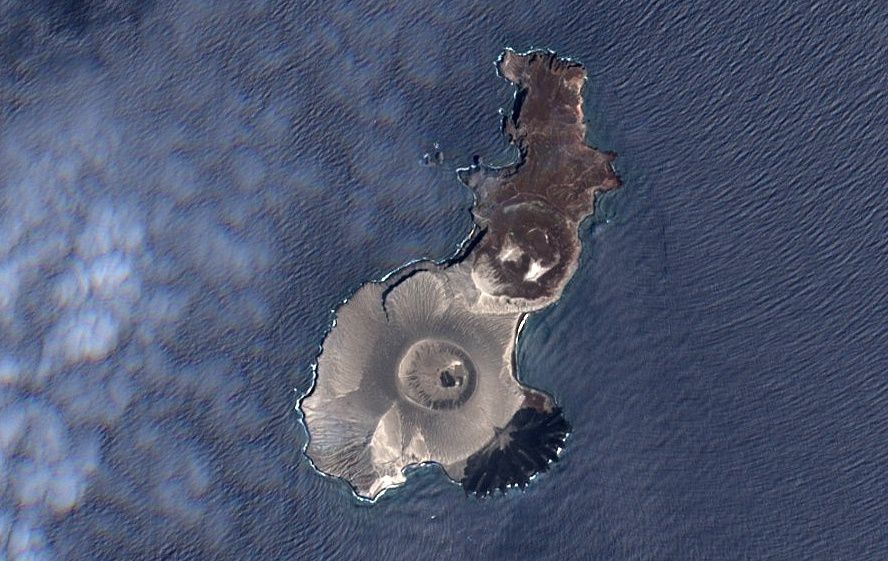 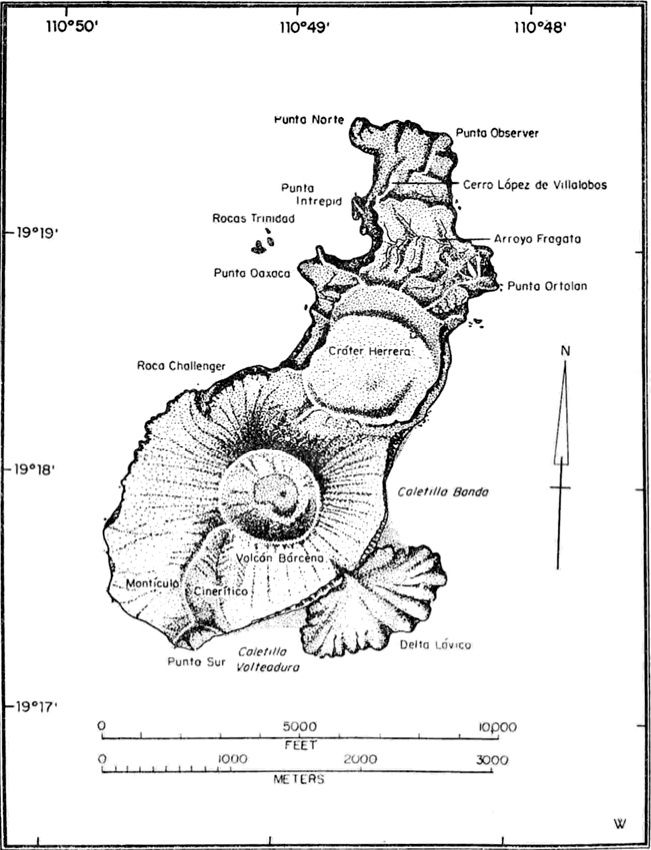 San Benedicto and its volcanoes - map from Richards 1959

The birth of the Bárcena volcano was seen by the crew of the M / V Challenger clipper.
On the morning of August 1, 1952, at 7.45 am, the crew suddenly saw a narrow column of white steam; a few minutes later, it was replaced by a gray-black ash column. Almost immediately, the eruptive column began to widen laterally at its base and violent explosions began ... at 8:05, a base surge begins, and will extend about 2,000 meters. Ash and slag greater than 12 mm in diameter fall on the deck of the fishing vessel. Barcena - base surge at the beginning of the eruption of August 1, 1952, seen off the west coast - Photo by Robert Petrie, 1952 (U.S. Navy, courtesy of Sherman Neuschel, U.S. Geological Survey) / GVP

The eruptive column develops rapidly and rises up to 2,000 meters, while spreading about 3,400 meters.
The Challenger retreats at full speed so as not to be hit by the bombs.
The ejecta quickly fill the valley between the Herrera crater and the Monticulo Cineretico, and on August 14, a new cone of tuff was formed; the Bárcena reaches some 300 meters high. On 9 September, an overflight of the eruptive site by the US Navy reveals a crater 300 meters wide, from which emerges a plume of ash rising up to 600 meters above sea level, propelled by explosions at 20 minutes apart, and accompanied by small pyroclastic flows that descend the sides of the cone, sometimes reaching the coast, and leave deep furrows.
Towards mid-September, cone formation ceased and a lava plug formed in the crater. Bacena - the tuff cone and the outlet point of the lava forming the delta at the bottom of the crack - photo 1955 Adrian Richards (U.S. Navy Electronics Laboratory) GVP

After a quiet period of about two months, the activity resumes in early November, and forms two trachytic lava domes.
On December 8, lava leaves the base of the cone, and forms a lava delta that reaches nearly 800 meters by 1,200, at the end of February 1953,
The activity ceases in late February, leaving only fumaroles. 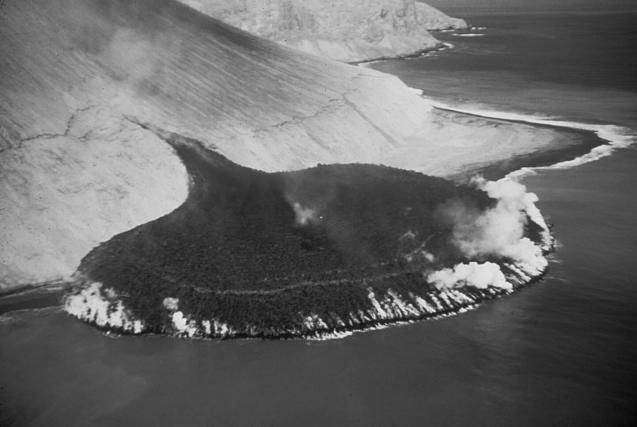 San Benedicto - in the foreground, the Barcena and its lava delta, in the center of the island, with its "flat" summit, the crater Herrera - photo Barcena - washing delta on SE flank - Photo by Hugo Delgado Granados, 1993 (Universidad Nacional Autónoma de México)

Bárcena is known to have the highest explosive index (VEI 3) among the East Pacific volcanoes; about 300 million cubic meters of tephra and lavas were emitted during its short existence.