October assessment at Piton de la Fournaise, Agung and Sinabung, and seismicity of the week in Iceland. 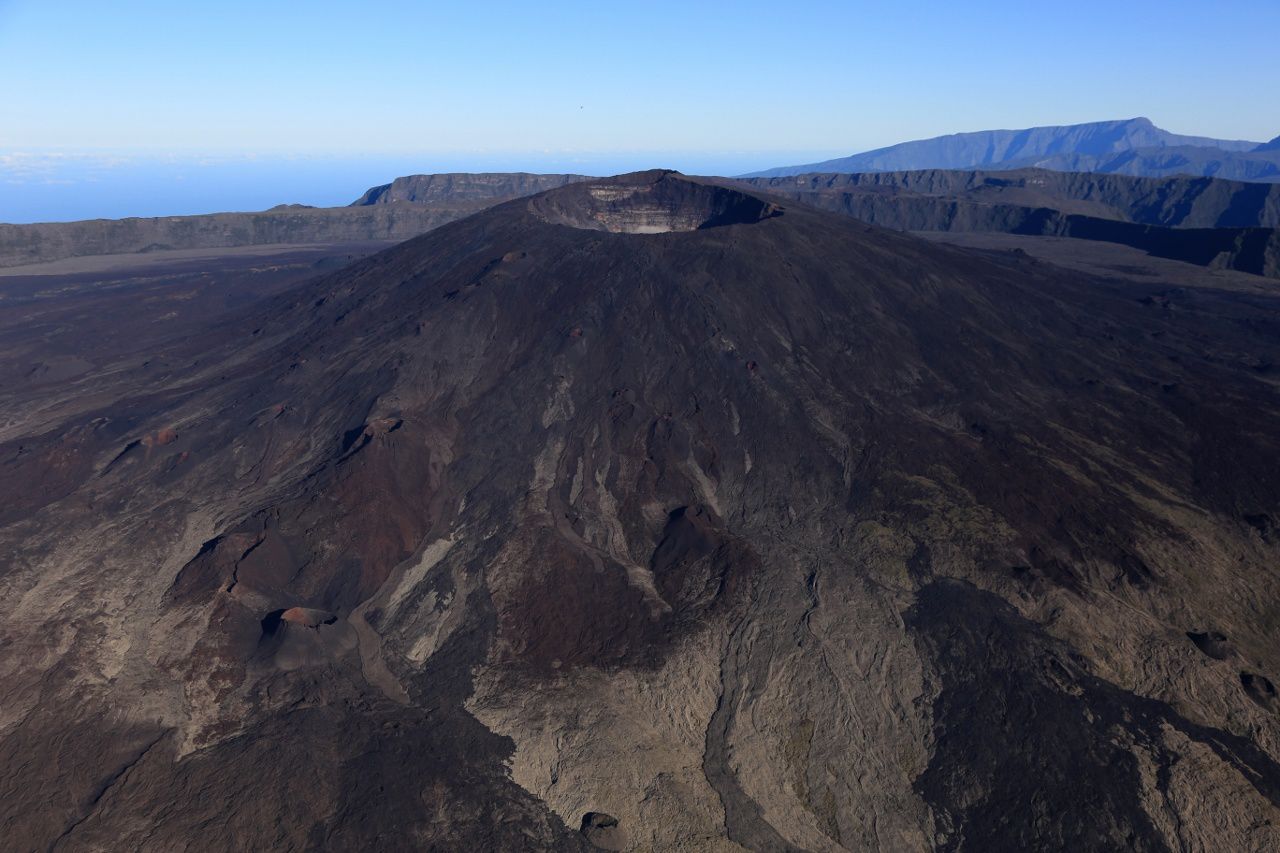 In October 2017, the OVPF recorded in total for Piton de La Fournaise:
• 29 superficial volcano-tectonic earthquakes (0 to 2 km deep) beneath the summit craters;
• 3 deep earthquakes (> 2 km deep);
• 570 collapses (in the Crater Dolomieu, at the level of the Enclos Fouqué ramparts as well as at the eruptive site of July / August 2017).
The superficial volcano-tectonic seismicity was maintained throughout October at an average of 1 event per day with a slight increase since October 22nd.
Following a lull in September and early October, the inflation (swelling) of the volcano resumed in mid-October. Piton de La Fournaise - Illustration of the summit deformation over 2 months from 31.08 to 31.10.2017. Here is shown a baseline (variation of distance between two GPS receivers) crossing the crater Dolomieu (see location). A rise is synonymous with elongation and therefore swelling of the volcano; conversely, a decrease is synonymous with contraction and therefore deflation of the volcano. Any periods colored in light pink correspond to eruptions. - Doc.OVPF

The PVMBG also takes stock of the seismic activity of two of its most turbulent volcanoes of the moment, Agung and Sinabung.

During the month of October, the seismicity of the Agung was dominated by shallow volcanic earthquakes VB and deep volcanic earthquake VA, with respectively 6,248 and 11,207 events. The alert level of the volcano went from the maximum level IV / Awas to III / Siaga on October 29 at 16h local. At Sinabung, the month of October is marked by avalanche-related earthquakes and low-frequency earthquakes, with 1,666 and 584 events respectively.

Avalanches marked preferentially the East on 500-2,500 meters and the South on 500-2,000 meters. Forty-seven eruptions were observed, and eight pyroclastic flows on the east-south-east and south flanks, descending on 1,000 to 4,500 meters. During the week of October 23 to 29, about 500 earthquakes were recorded by the Icelandic Met Office.

A seismic swarm was measured at the end of October under the Oraefajökull; 30 earthquakes succeeded each other, the largest being of magnitude 2.2 on October 29th.
Although no other sign announces an eruption, ancient literature indicates that before the main eruption of the Oraefajökull, only two earthquakes were felt. Historical data show that eruptions of this volcano were powerful, and of variable duration: short in 1362, longer, of 11 months for that of 1727-1728.

The seismic activity of the week marked largely the limits of the tectonic plates, in the southern lowlands, under the Vatnajökull, and in the north of the country, on the Tjörnes fracture zone.