The Agung returns to full alert.

Based on the analysis of the instrumental and visual data, and the consideration of potential dangers, the alert level of the Agung has reached the maximum: level IV / Awas. The forbidden zone has been extended to a radius of 8 km, and to 10 km at NNE and SSO of the crater. These areas are dynamic and constantly evaluated; they include the villages of Ban, Dukuh, Baturinggit, Sukadana, Kubu, Tulamben, Datah, Nawakerti, Pidpid, Buanagiri, Bebandem, Jungutan, North Duda, Amerta Buana, Sebudi, Besakih and Pempatan. The forbidden zone has been extended to a radius of 8 km, and to 10 km at NNE and SSO of the crater.

The airport Ngurah Rai was closed initially until 28.11 in the morning, because of the ashes.

Following the rains, a first lahar was observed south of Agung in Sidemen district. It is advisable not to have activity around the river (BNPB)

The ashes fell in many places, covering the roofs and plants with a fatty layer; they are reported from the villages of North Duda, Duda Timur, Pempetan, Besakih, Sideman, Tirta Abang, Sebudi, Amerta Bhuana in the Klungkung District, and some villages in Gianyar.

Agung - first lahar on the southern flank of the volcano 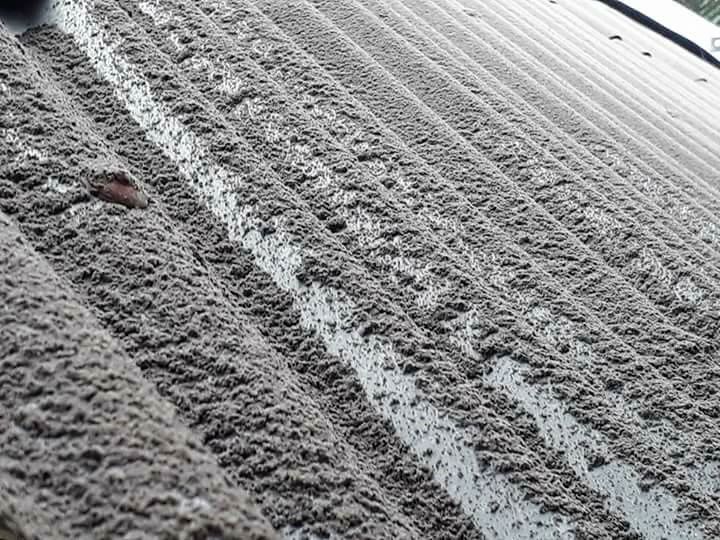 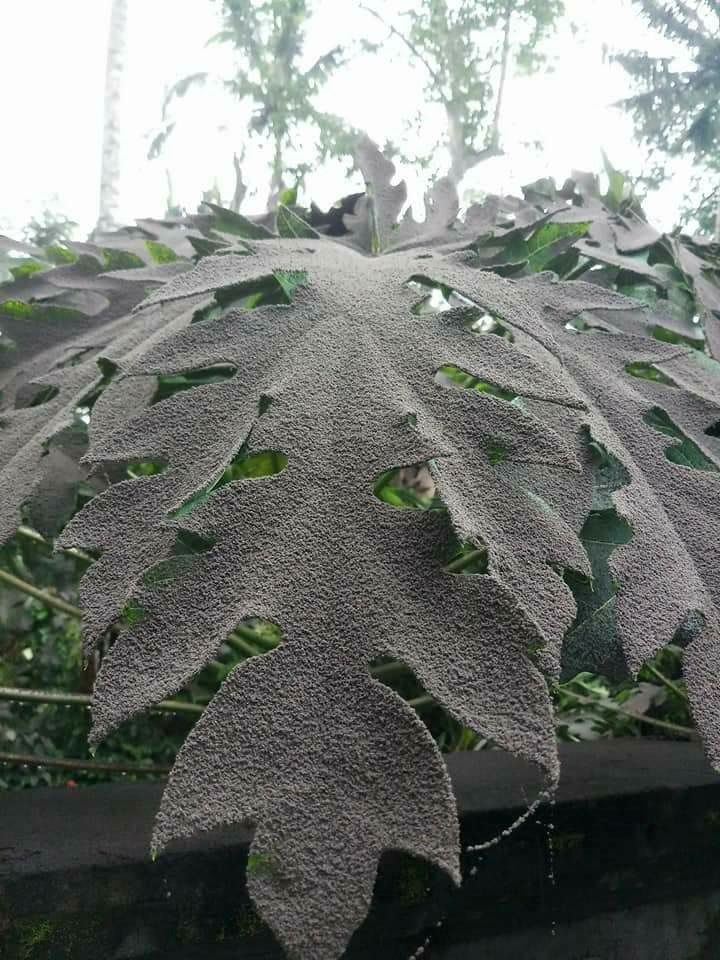 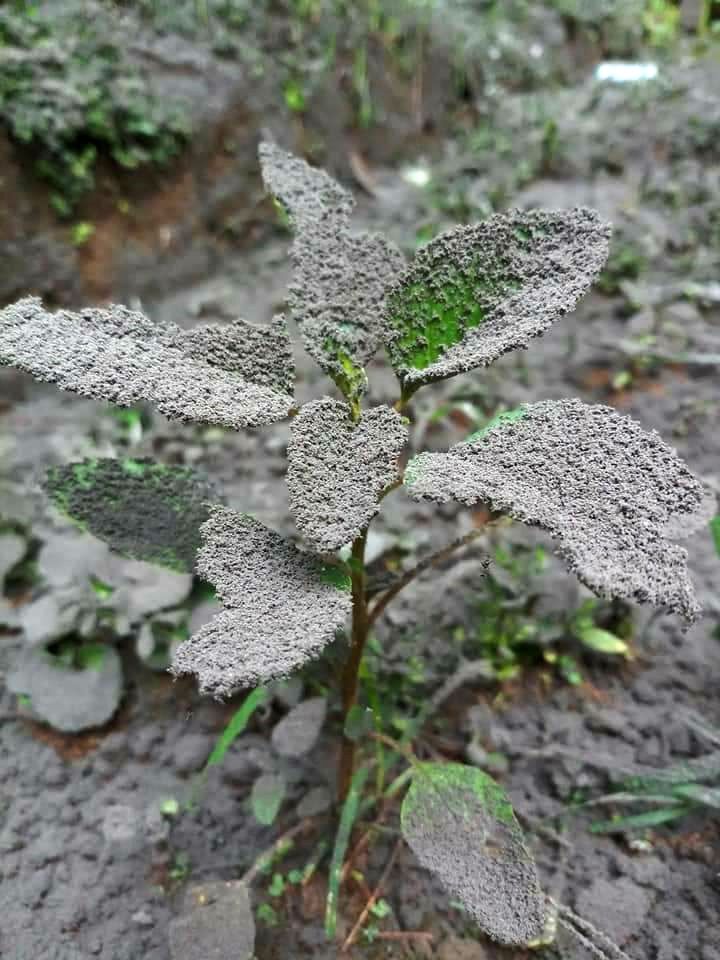 The ashes of the eruption underway in Agung cover the vegetation - 26.11.2017 - photo Arta Tanaya Dewa Gede

During the evening of November 26, at 10 pm, the thick and gray plume rose up to 3,000 meters above the crater.

One photo shows two plumes, of a different color, possibly produced by two different vents, one emitting more ash, the other more steam. During the 1963 eruption, some researchers also thought about the existence of two vents. 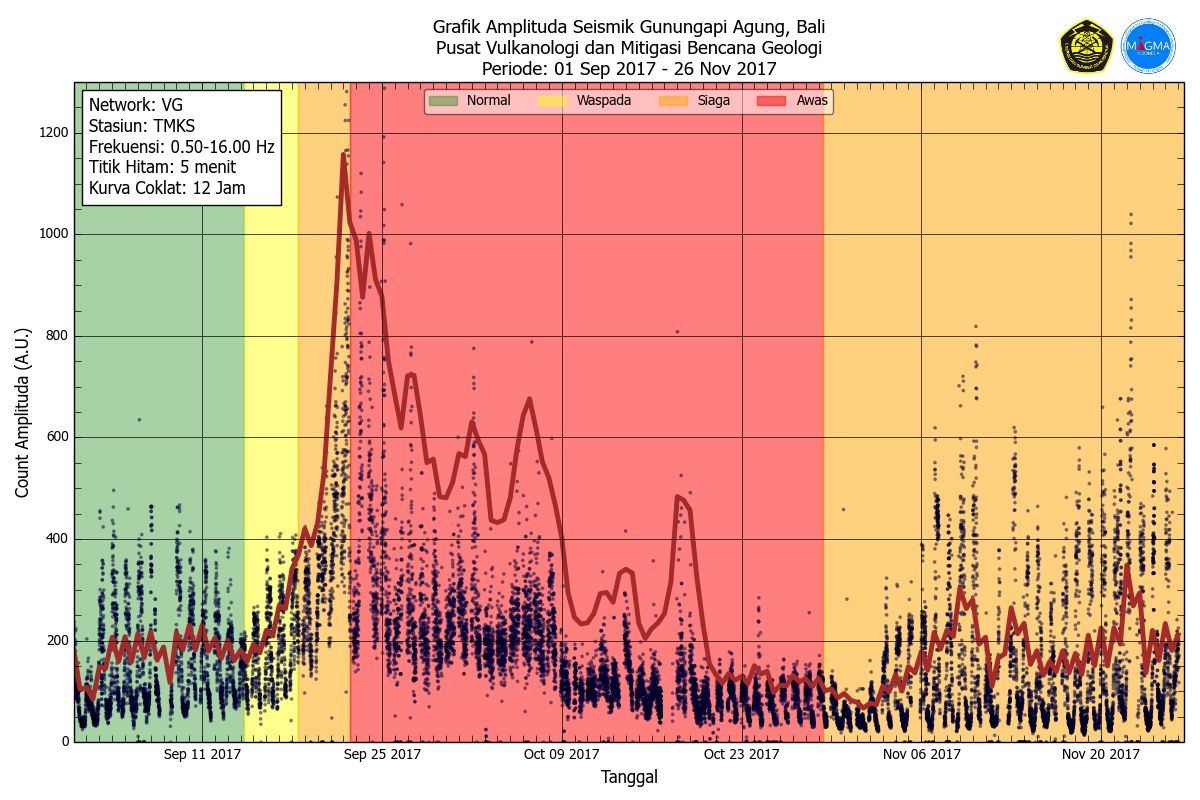 The number of earthquakes is generally quite low, but the amplitude increases again.