The plumes reach about 1,500 meters above the summit whatever their nature; nocturnal glow is observed. Ash emissions are expected to remain in the near vicinity of the volcano, according to VAAC Darwin. 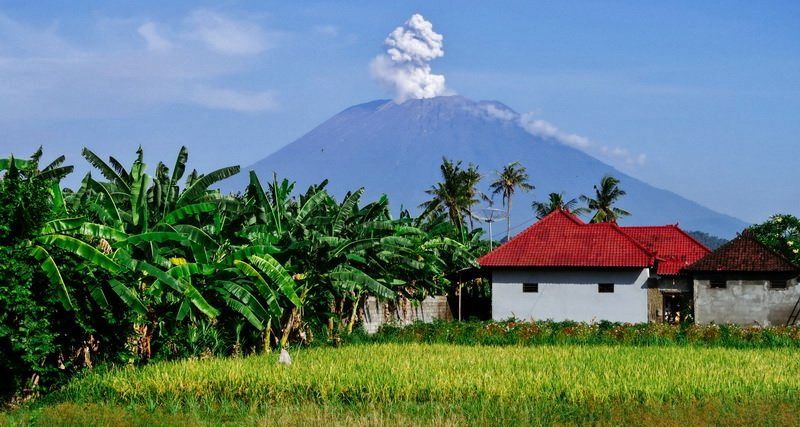 An overflight by drone, made this December 14 at 16h WITA, does not bring much additional information on the "lava cake", the definition of the images not being comparable to that of the photos taken on site.

The PVMBG states that the ratio of magma emitted has decreased since the end of November, and only 1/3 of the crater is filled with lava. In Sinabung, seismicity recorded 3 eruptions on 14 December and 28 avalanche events. At Merapi / Java, two hikers who had lost their way due to bad weather, were found unharmed by the SAR teams, and evacuated.

The BNPB reports on this occasion that the volcanic activity of the volcano remains normal, without increase in seismicity, or chemical parameters and deformation. 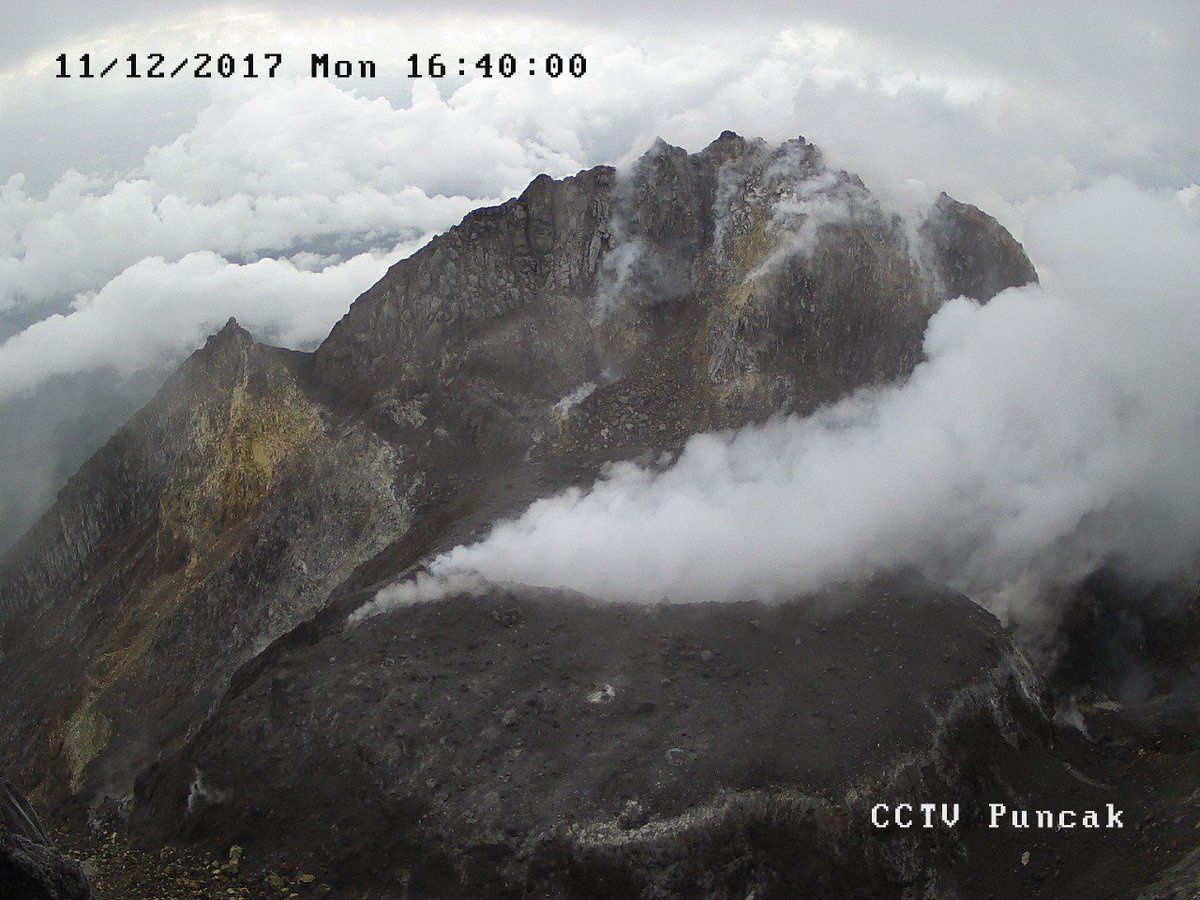 On the morning of December 14, the explosive activity of the Fuego increased, characterized by constant explosions of vulcanian type, strongly generating ash. The ash plume reaches 4,500-5,000 meters asl., Moving for 15 km towards NW, N and NE. Ash falls are reported on San Miguel Duenas, Alotengango, and Ciudad Vieja, with opportunities to reach Antigua Guatemala and Chimaltenango. Kanlaon, still on alert level 2, has presented 1,217 volcanic earthquakes in the past 24 hours. Sulfur dioxide flux was measured at 687 tonnes / day on December 13th.

The summit crater is surmounted by emissions of white plumes of steam. The summit craters of Kanlaon

News from Erta Ale by Sylvain Chernette / 80 jours Voyages, which went through the pit crater, with a very agitated summit lava lake and morphology, before continuing towards the new active zone on the flank of the volcano; he reports three lava lakes more or less connected.

The last Sentinel2 image dated December 10 illustrates a strong outgassing of the caldera pit crater and thermal activity at the lava zone on the flank and in the northeast lava field. 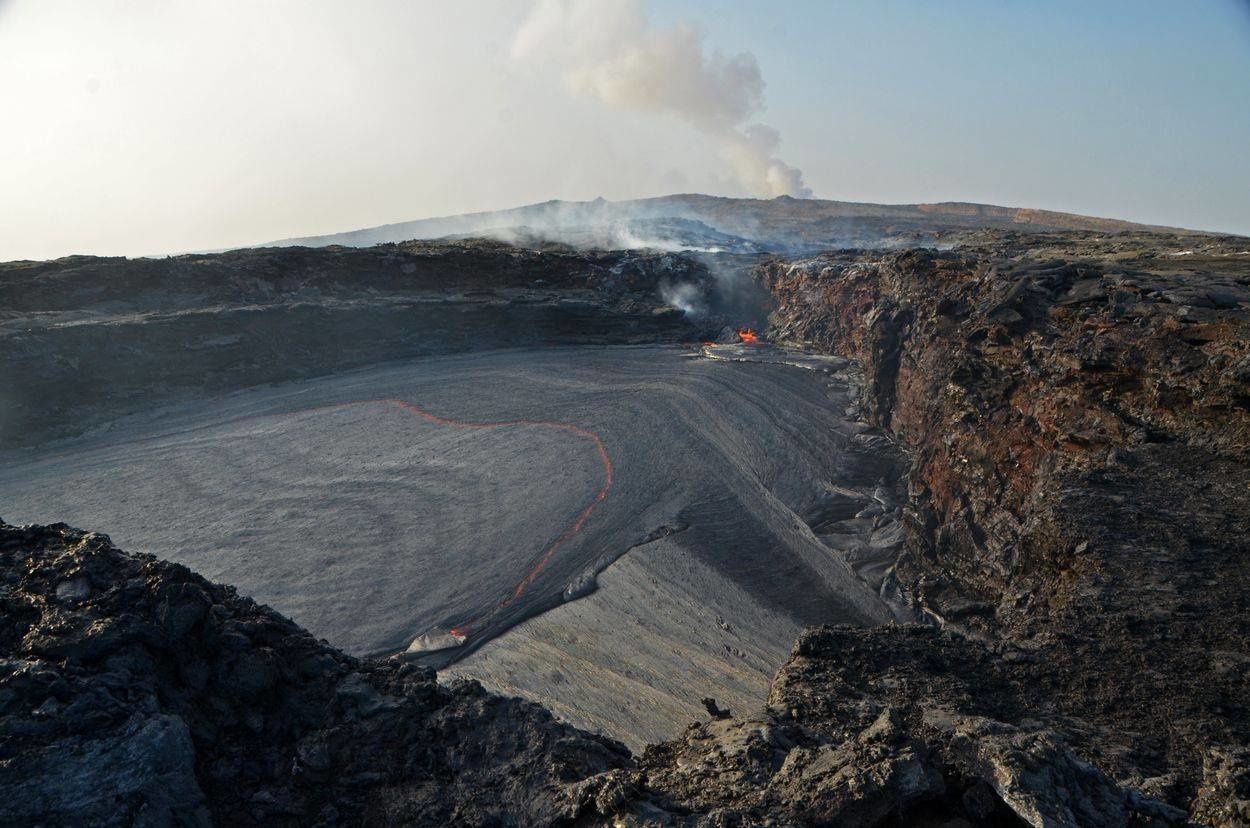 Erta Alé 2017: Observation of the summit lava lake at night during the "80 Jours Voyages" in December.