A first photo of the interior of the crater of Agung was put online by our German colleague Marc Szeglat of Vulkane Net Newsblog, the name of the photographer remains confidential for good reasons.

I had not published it until now, at his request, but since it is found everywhere ... It comes in support of the satellite photo of December 7 / Plant Labs, where we guess a degassing cone and pressure wrinkles on the lava. 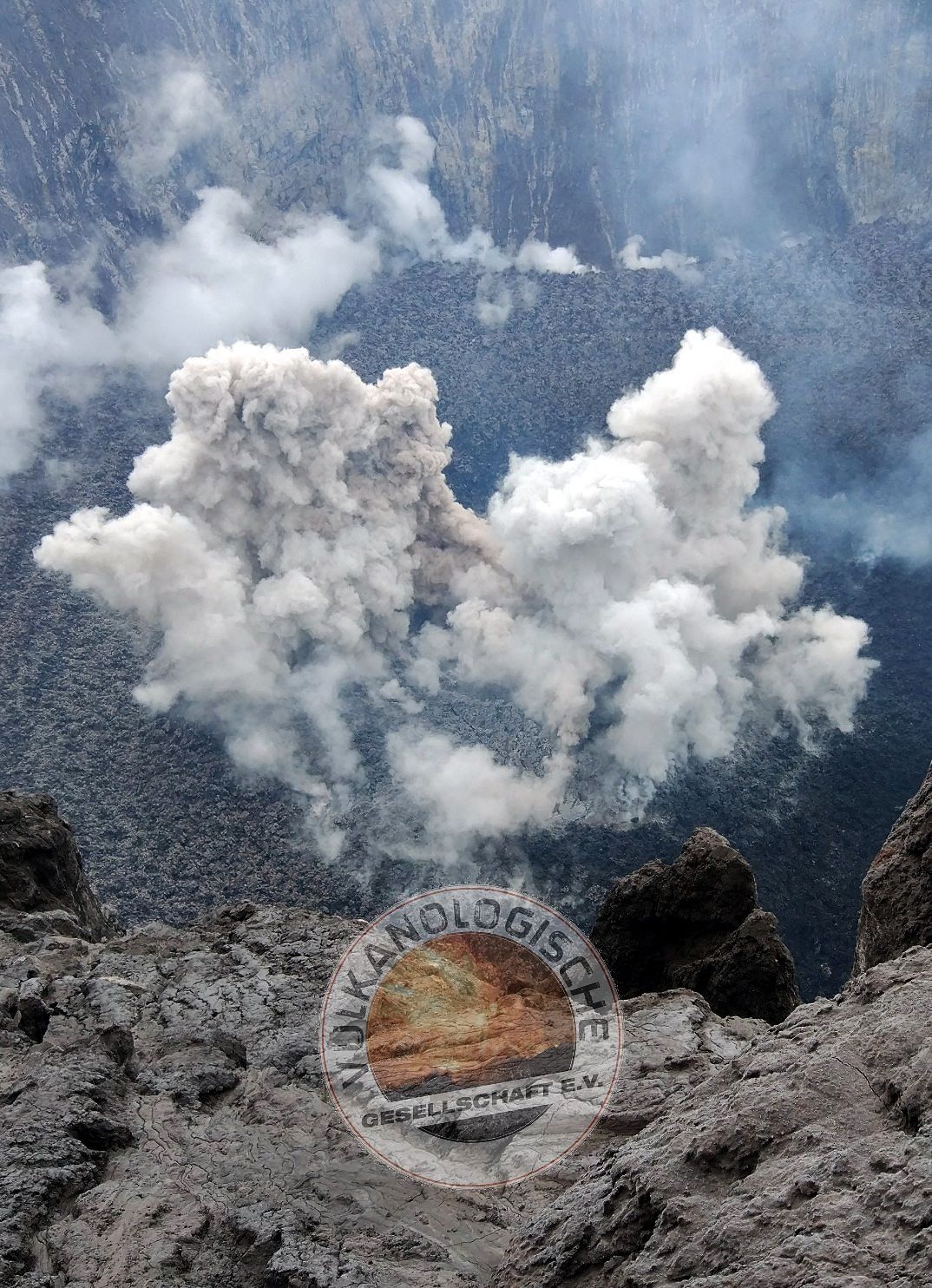 A first photo of the interior of the crater of Agung was put online by our German colleague Marc Szeglat of Vulkane Net Newsblog.

In the opinion of many, it is a lava cake, completed with a lowered dome, draft around the vent ... but no matter what its precise name, it is his future that is interesting.

For now, the Agung still emits ash plumes between 300 and 1,500 meters, a sign that the duct is not completely clogged. An accretionned lapilli rain had occurred on the slopes of Mount Agung in the village of Temakung in Ban Karangasem district during the eruption of 9.12.2017 at 07:50 Wita.

These lapilli, in the form of beads of size between 1 mm and 4 cm, consist of agglomerated ash, which breaks up between the fingers, and are typical of fallout under hydrated conditions (Volcanology J-M.Bardintzeff) 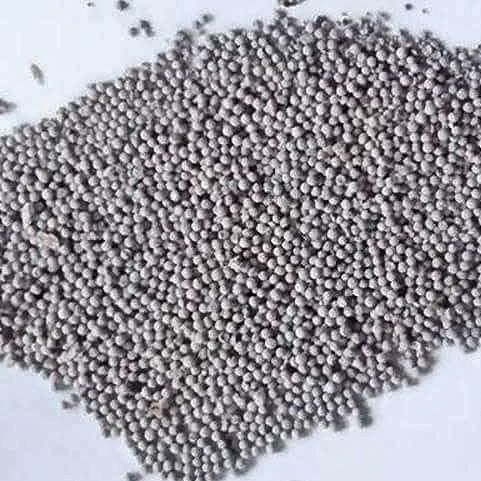 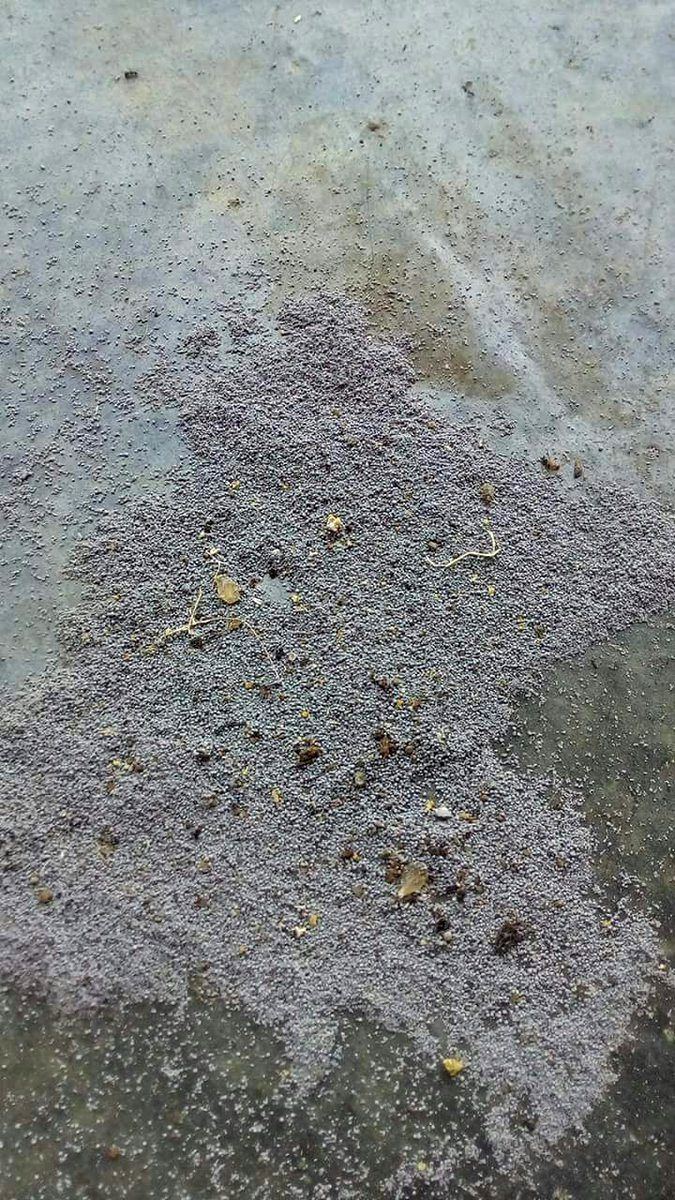 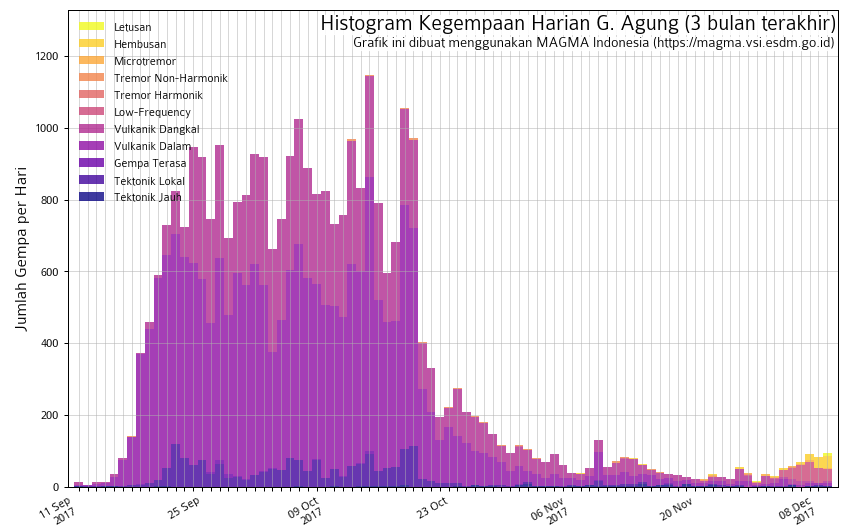