After the confectioners truce, the time has come to reconnect with the current volcanic activity.

In Costa Rica, the weather conditions at the beginning of the year prevent any observations of the three active volcanoes by the webcams.

Low amplitude tremor is noted in Poas, as well as sulfur odors reported to Atenas.

In Rincon de La Vieja, milky sediments are reported in the Penjamo and  Azul rios and in the Quebrada Azufrada by the inhabitants of Buenos Aires of Upala, which could be related to hydrothermal eruptions of the volcano, confirmed by seismic signals. Regarding the Poas National Park, the institutions in charge recommend to maintain the closure because of the 2,000 tons of sulfur dioxide emitted each day by the Poas volcano. Vigilance is maintained by the park guards, following the detection of intrusion of unauthorized persons, especially in the area of ​​Bajos del Toro. Local tourism and businesses located on the slopes of the volcano are directly impacted by this closure. In Ecuador, the Reventador maintains an eruptive activity always qualified of high. The webcam showed the emission of a plume loaded with ashes on January 3 local 8:27, rising to more than 600 meters above the crater. IGEPN reports nocturnal glow when cloudiness allows observation. 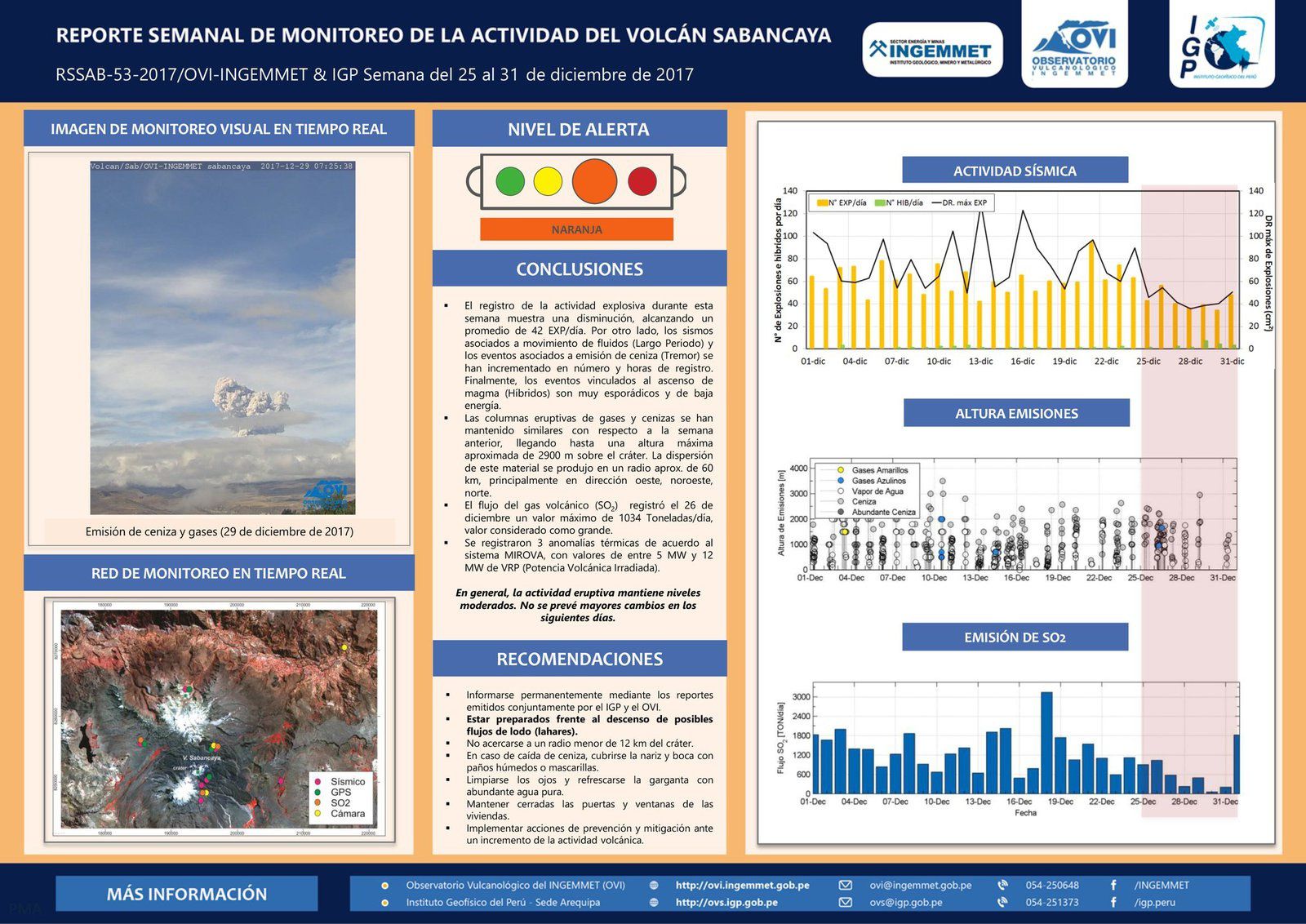 In Sabancaya, in Peru, the explosive activity of the last week of 2017 is downing, with only 42 daily explosions.

Seismicity level, LP earthquakes, related to fluid movements and emission tremor increased in number and hours of recording. The plumes of ash and gas have remained in past norms, with a max height. 2,900 meters above the crater. The maximum flow of SO2 was recorded on December 26, at 1,304 tons / day. In Agung, Indonesian authorities have reduced the radius of the security zone from 8-10 to 6 km, an area in which people have been displaced and must remain so; the volcanic alert remains fixed by PVMBG on the maximum : 4 / AWAS. 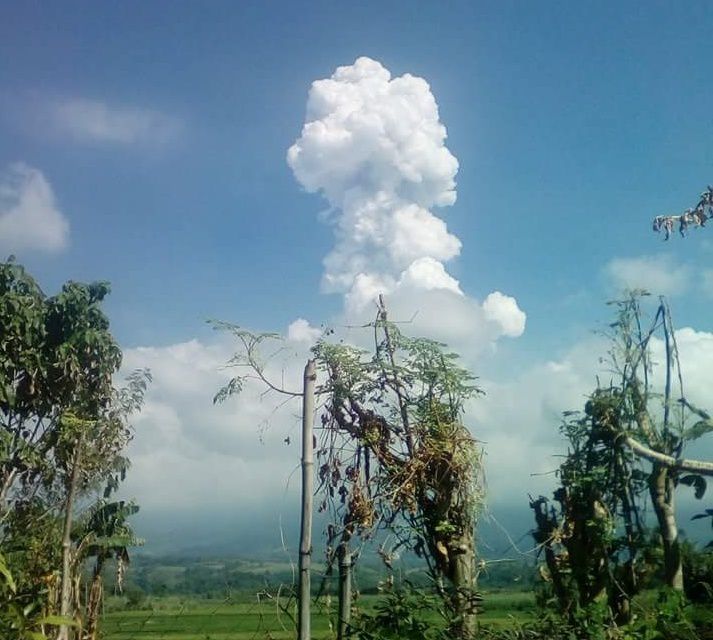 At Kanlaon, the seismic network recorded 197 volcanic earthquakes in the last 24 hours and 14 tremor episodes, lasting 2 to 30 minutes. A white plume of steam was observed intermittently depending on visibility.

Sulfur dioxide emissions were measured at 640 tonnes / day on 2 January.

The alert level is 2, with a no-go permanent danger zone of 4 km radius.