Activity of Turrialba, Sabancaya and Kadovar. 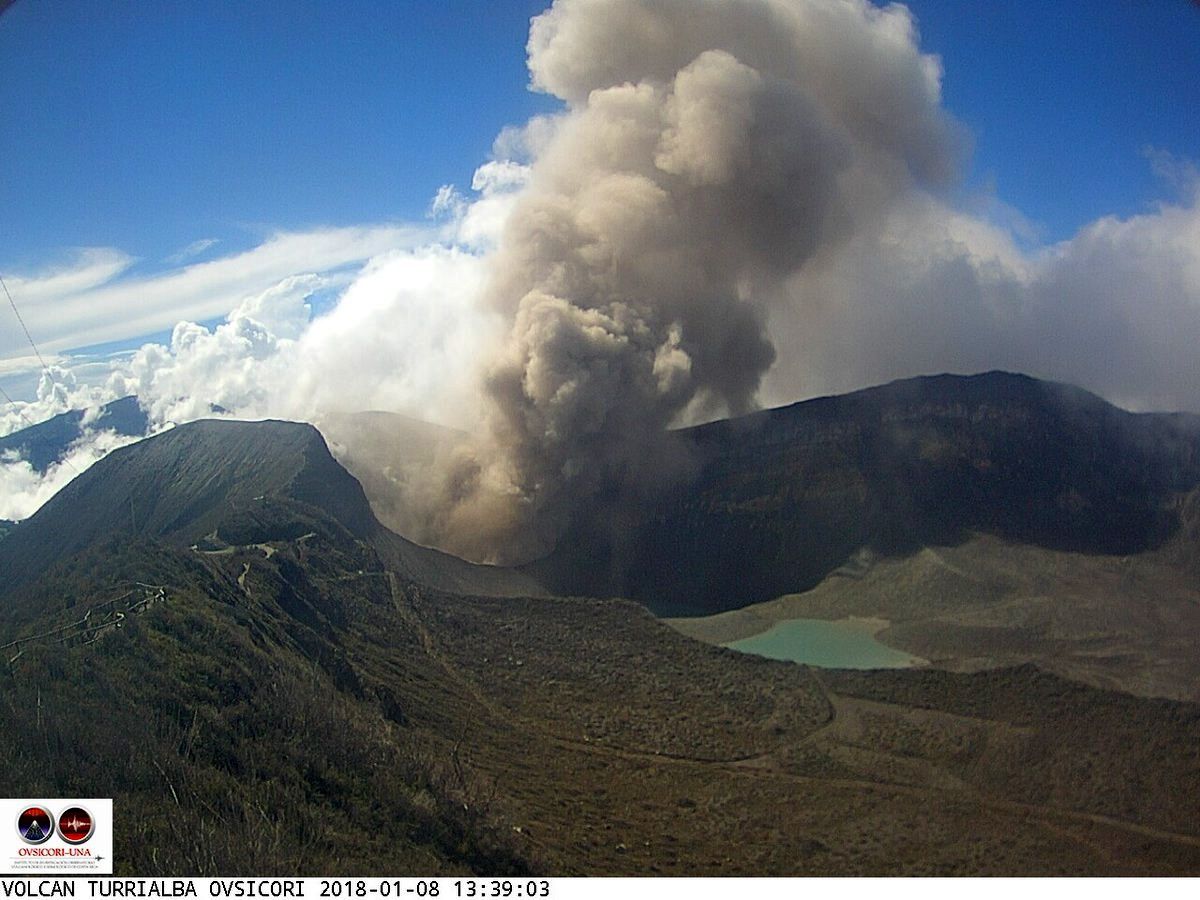 The visibility of Turrialba improved yesterday. Two eruptions were recorded by the Ovsicori respectively at 6 o'clock, accompanied by a 500-meter plume above the crater, and at 20:05 loc. , with a plume of 800 meters, dispersing towards the NE. Passive ash emissions, started in the morning, continued on a continuous basis, with some more dense rising 500 meters above the crater. 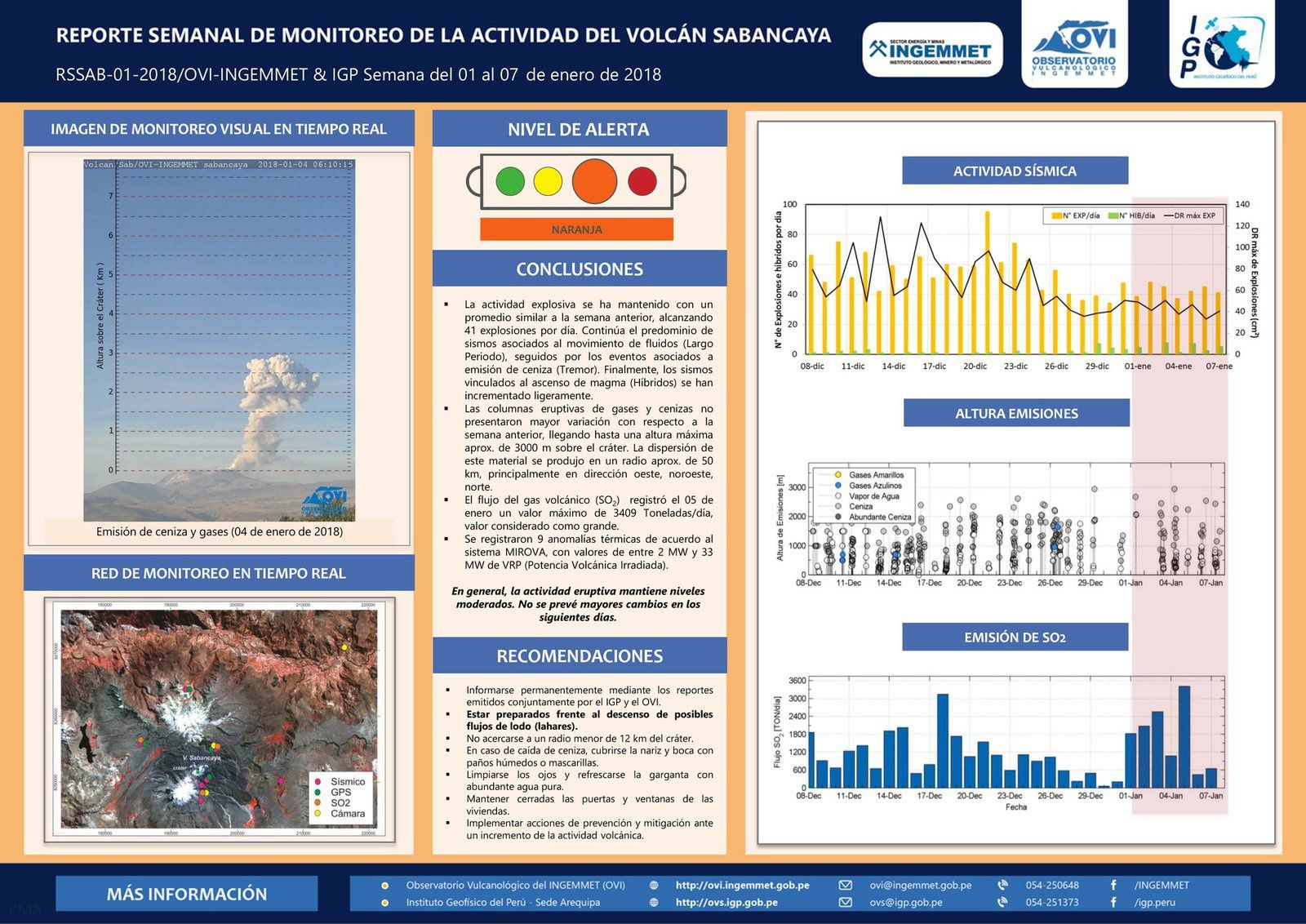 In Sabancaya, the activity remains this week equal to that of the previous week; they are characterized by an average of 41 explosions per day, accompanied by plumes up to 3,000 meters. Sulfur dioxide flow was recorded at a maximum of 3,409 tons / day on January 5th.

In Kadovar, the eruption continues. On January 8, the government declared the state of National disaster for the island-volcano.

Following the emission of ash, an Air Niugini flight from Port Moresby to Wewak was rescheduled from 8 to 9 January, ... to be confirmed.

The supply of fresh water and food will be provided for refugees on nearby Ruprup Island.

Warnings are given to residents in coastal areas: they are advised to remain alert to signs of potential tsunami, and to shelter themselves as soon as they appear. Papua New Guinea: the volcanic plumes of Kadovar (center) and Manam (right) and the trace of sediments released by the Sepik and Ramu rivers in the Bismarck Sea - image Nasa Aqua Modis 07.01.2018 / via Simon Carn 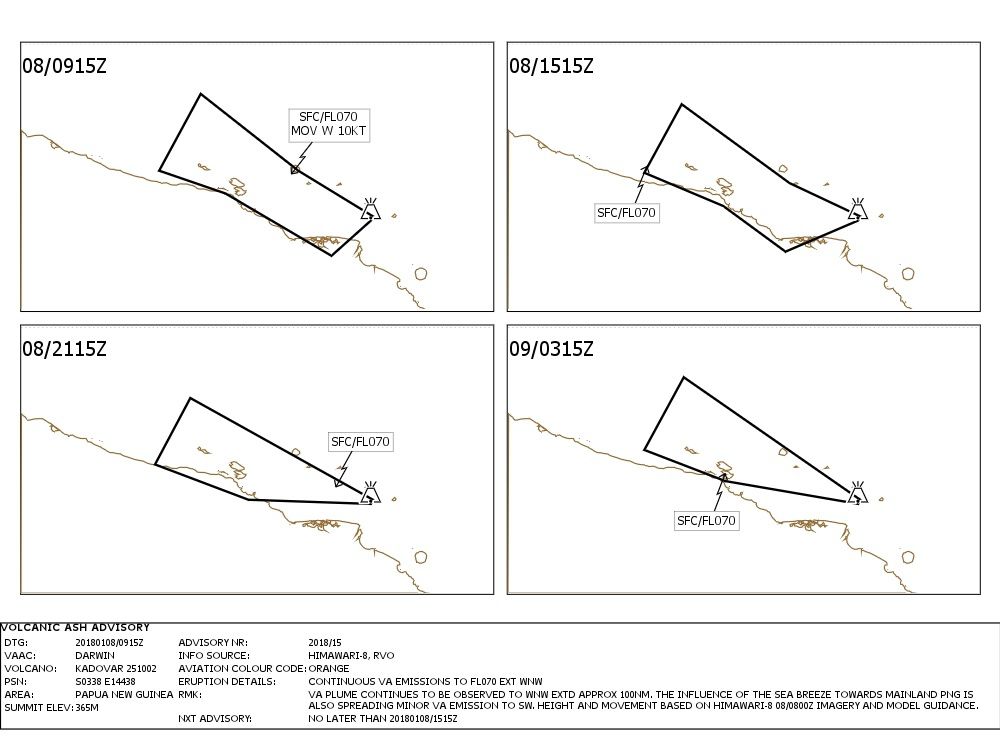